The Best Jailbreak Apps And Tweaks For iOS 8, February 2015 Edition

The iOS 8 jailbreak has been around for a while now, and that means the apps and tweaks are really starting to get into the sweet spot of functionality. Lets take a look at the best apps that have come out since we looked at them last time.

Acapella ($US2) cleans up the Music apps controls and replaces them with gestures. Tap once to play or pause, tap on the right or left to change the volume, slide the sides to change tracks and more. It’s a simple little thing, but it really does make using the Music app a lot better.

Aoraki Adds a Shortcut to Access Anything from Anywhere 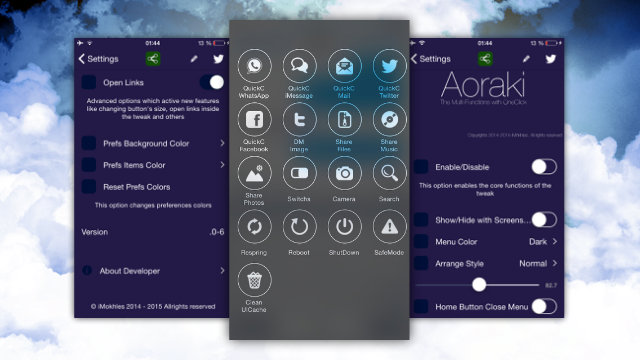 Aoraki ($US1.99) adds a small shortcut to all your windows. From it, you can set up custom actions to do just about anything you want, including composing a message, share system files, share music, pull up switches and load the camera. It’s kind of like having a second, more customisable Control Center available to you anywhere. 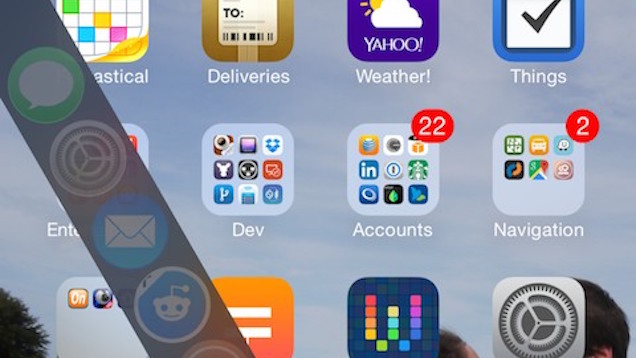 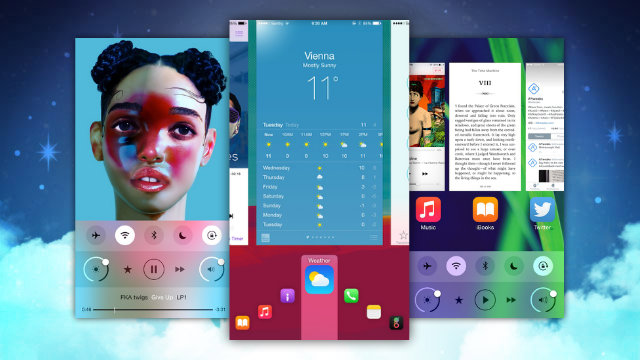 Auxo 3 ($US2.99) is the newest version of Auxo, the app that allows you to customise how the app switcher in iOS works. You can do a bunch of different stuff with it, including closing all your apps at once, creating hot corners to access the screen from various corners of your screen, access your Control Center, and more. If you’re sick of the blandness of the app switcher, Auxo 3’s all you need.

CacheCleaner (Free) adds a function to your Settings that iOS has desperately needed for a long time: the ability to clear out an app’s cache to free up space. Once the tweak is installed, just heading into Settings > General > Usage > Manage Storage and you can clear out all that wasted space in a tap. 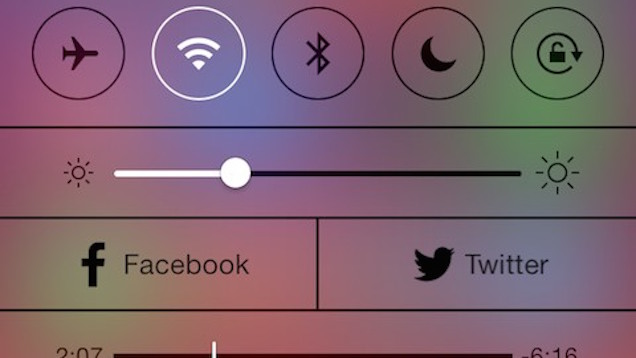 CCloader (Free) allows you to reorder, disable and customise the toggles in Control Center. You can get rid of the media controls, move stuff around and whatever else. You can even add Notification Center widgets to the Control Center if you’re so inclined. 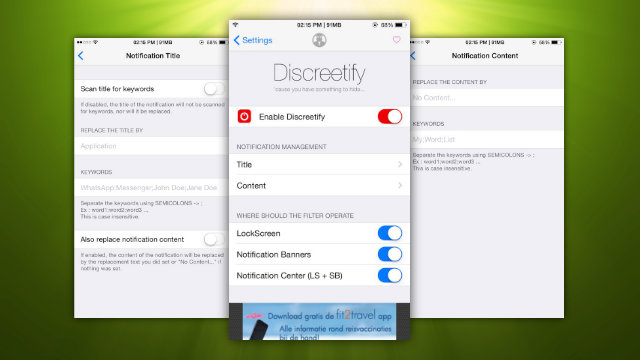 Discreetify (free) allows you to filter and hide notifications based on keywords. You can always make notifications private in iOS, but if you don’t want that feature all the time, Discreetify allows you to filter based on specific words. So, for example, if you don’t want a significant other seeing a specific word in a text from your friends, you can hide that word or even change it to something else.

Have some scandalous photos on your iOS device? Photego ($US0.99) adds TouchID protection to your photo library so nobody else can access it. Beyond that, you can also restrict album access from the camera, permanently delete photos easier, and even lock off your Settings entirely behind TouchID.

Wallmart Loads a Different Wallpaper Every Time You Lock Your Device

Wallmart (free) is very simple: it changes your wallpaper every time you lock your device or after a set period of time. You can shuffle through various wallpapers or go through them in a specific order. If you’re sick of looking at the same wallpaper all the time, this is a super simple way to spice things up.