Stop Playing The Victim With Your Time Management 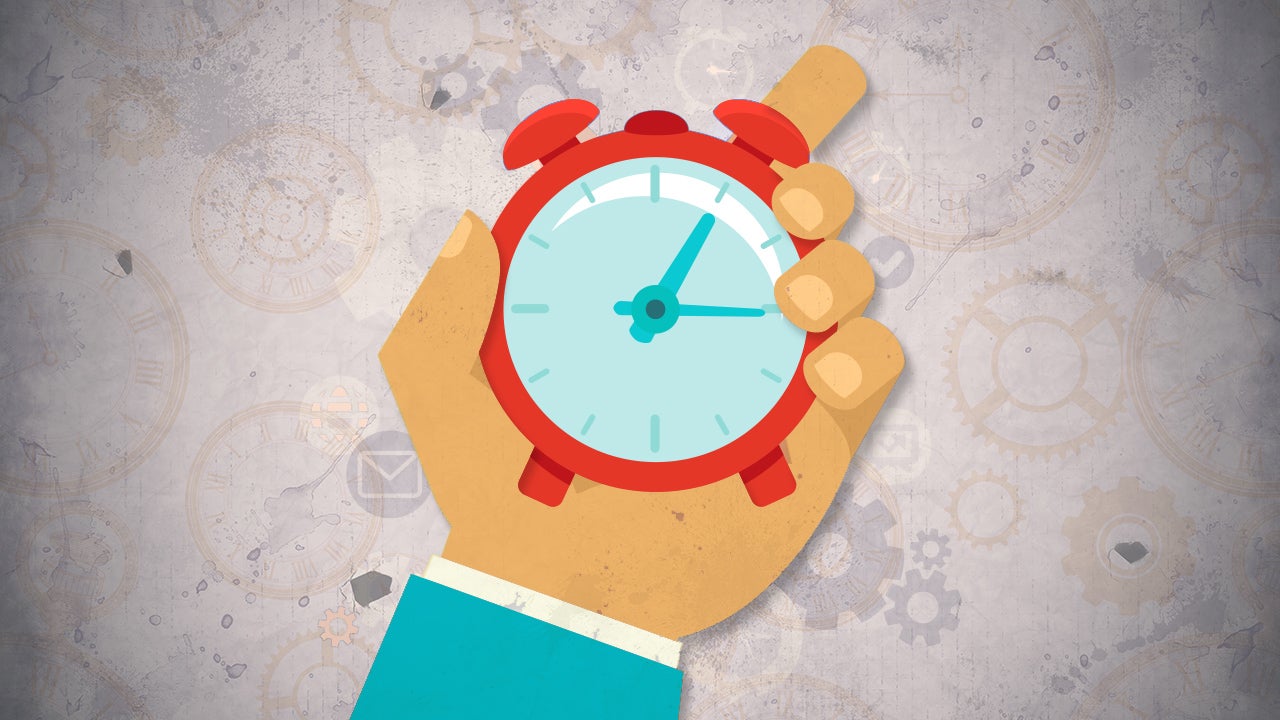 When it comes to managing your time, many people feel like they have a crushing number of requests coming at them that make them a victim to their circumstances. "There's always too much to do. Everyone just keeps piling more work on me." Sound familiar? If so, you're not alone, but you should stop playing the victim and own the situation.

This post originally appeared on the Harvard Business Review

They see forces outside themselves as the reason that they don't have time to exercise, can't leave work at a reasonable time, or just generally struggle to get everything done. Although there are occasionally situations that are outside of your control — that recent bout with the flu, for example — most aren't. And even though it can feel gratifying in the short term to blame others for your situation, this attitude toward your time investment will leave you truly powerless in the long run.

When you play the victim with your time, everything around you suffers. You're constantly on edge in your interactions with others because you fear that they will pile yet one more thing on your already heavy load. Since you don't believe you can ever say, "no," your "yes" comes out of a place of obligation and resentment, not wholehearted commitment. Since your situation seems so difficult, you don't attempt to plan or work more efficiently because you believe that you will have to work all the time no matter what and are convinced that it's impossible to get everything done. You eventually stop trying because you believe no matter how hard you try — you'll fail.

In my work as a time coach, I've seen that individuals often have a much greater ability to influence their situation than they realise. But the breakthrough only happens when they start exerting their personal power instead of waiting for something around them to change. It's similar to when people who find themselves in debt blame the credit card companies, instead of accepting that they had a choice in spending more money than they had. Only by accepting that they can — and need — to change and then taking steps to do so can that balance go down.

The way to break out of this victim mind-set is to stop blaming others, and instead, take ownership of your time and take responsibility for changing yourself. Here are three practical steps to take back control of your time.

Be Mindful Of How You React

Become aware of how you respond when your time investment becomes misaligned with your priorities. Do you always look for someone to blame? My boss always gives me too much to do. Do you pity yourself? Poor me, yet another stressful day. I'll get some ice cream to make myself feel better. Do you reject advice or suggestions? How dare my wife suggest I could work differently to get home earlier. That's just not possible. Do you ever say no to a new project? Do you ever set boundaries? Do you ever ask for support?

You need to take a moment to reflect upon how you react and consider that your reaction and expectations can frame the situation.

Recognise Your Role And Responsibilities

Understand that you are the decision maker when it comes to investing your time. There are certain situations where you simply need to do what it takes to get things done for a short time. That could be when you're approaching a major deadline, preparing for a new product launch, or drafting annual reports. But overload doesn't need to be the norm. It's not everyone else's fault if you have too much to do and you don't communicate that to anyone else. It's yours.

Even in top consulting firms known for their rigorous work schedules, there's room for open communication about time. For example, Boston Consulting Group established a formal global program called PTO (Predictability, Teaming, and Open Communication), which helps establish priorities and time-off goals for each team member. One component of this program is for team members to work together so that each one of them can have a period of time each week when they're completely off the project. To help make this happen, the teams have weekly check-ins that include talking about how they're feeling and the value they're delivering to clients. Each person recognises their role to openly and honestly communicate about their needs, instead of expecting others to automatically know when they're overloaded. You must take on the same responsibility in your own organisation with regards to your own time, even if you don't have a formal program encouraging you to do so.

Make A Commitment To Change And Take Ownership

Regardless of how you've behaved in the past in certain situations or with specific people, you have the opportunity to make the future different. Make a commitment to change; choose to respond your environment instead of simply accepting whatever comes your way.

Instead of becoming a victim, take ownership of the situation and your time. This could look like speaking up when you feel that someone makes an unreasonable request so that you don't end up overloaded. Have your project list on hand when you go to meetings so that if a new project is proposed, you can evaluate its importance in relation to your other commitments. If it doesn't seem like there's sufficient time for the new work, propose a discussion about priorities during the meeting or bring it up later with the appropriate parties.

Also, set clear rules and boundaries to prevent taking on too much from others. For example, if you manage staff members who tend to turn in work at the last minute with many errors, require that they turn in items earlier. That allows you to send it back to them to make corrections instead of doing them yourself because you're on a tight deadline.

Finally, if you're in a situation where setting better boundaries isn't possible (such as a job where you're on call 24/7) and you're finding your time investment troubles unmanageable, you may need to consider whether you're in the right job. There are some positions that will not create a sustainable lifestyle for you no matter what you try to do. It's ok to decide to get out.

By taking responsibility for your time investment choices, you stop wasting energy blaming others and start directing it toward a productive response toward the people and situations around you. With that focus, you can have enough time for what's most important to you.

Stop Playing the Victim with Your Time [Harvard Business Review]

Elizabeth Grace Saunders is author of How to Invest Your Time Like Money (Harvard Business Review Press, 2015), a time coach, and the founder of Real Life E Time Coaching & Training. Find out more at ScheduleMakeover.com.