How We Work 2015: Eric Ravenscraft’s Favourite Productivity Tips And Gear

how we work 2015lifehacker interviewswhat we use

Our annual How We Work roundup, where Lifehacker staffers and contributors share their favourite tips and tools for better productivity, continues. Today: Eric Ravenscraft.

Location: Atlanta
Current Gig: Writing about sticks and also news and things for Lifehacker.
One word that best describes how you work: Not correctly
Current mobile device: Moto X (2014)
Current computer: Some Windows desktop I built 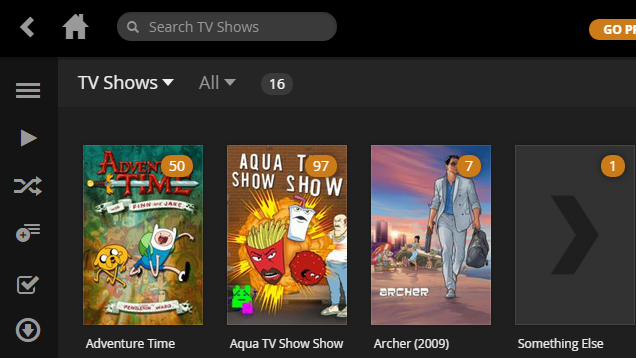 I dislike repeating the same things I wrote last year if nothing’s changed. However, I have added some new tools to my repertoire! Plex has become my go-to media centre manager. It took me far too long to get into this app. All of my movies and TV show rips are available on nearly every device I own. It’s like my own personal Netflix.

We’ve also switched to Slack internally at Gawker. Everyone who publishes stuff for a living keeps talking about it. It’s pretty OK. The plugins are neat and it certainly helps organise conversations. You can star messages for later, which is really handy in a group chat application. Other than that, it’s pretty standard fare, but it is useful for getting work done.

I also started using Inbox by Gmail, and it’s completely changed how I approach email. I’m usually a curmudgeon when it comes to changing my email habits, but the app treats emails like they’re things to get done, which they usually are. Because I can snooze emails, see reminders set from my watch or phone, and mark large groups of bundled emails as done, checking email feels less like a chore and more like I’m actually accomplishing things.

I continue to use my L-desk with a dual monitor setup. Sometimes, my second monitor is playing some movie or TV show for me to listen to while I work. Other times I use it to monitor analytics for our traffic at Lifehacker. I also use gaming peripherals to monitor my desktop’s system resources, and control whatever’s media I’m playing. The volume wheel on my keyboard is particularly delightful. 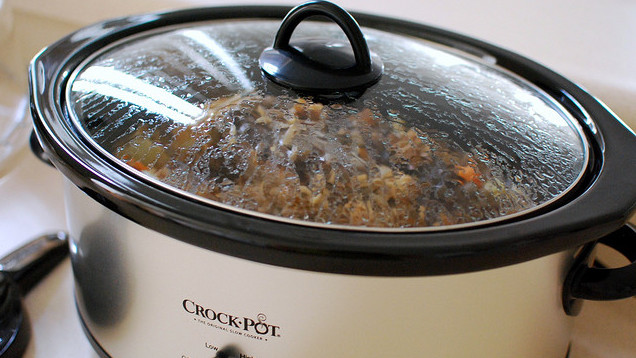 It’s cliched by this point, but slow cookers. I have other favourite tricks, but I’m hard pressed to think of another thing in my life that saves as much time. I can make a decent pot roast in less time than it takes to make microwave mashed potatoes. For the pot roast, I just drop some broth, a packet of spices, and a big ol’ slab of meat into the pot, wait six hours, and it’s done. But for a packet of powered mashed potatoes? Well, I have to boil water, pour the whole packet into the water, and then stir it. Stir food! Like some kind of savage.

Actually, both of those things take roughly the same amount of time, but they are very different levels of delicious for the amount of effort put into them. 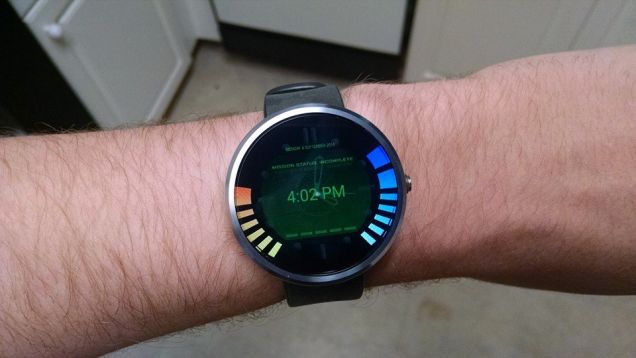 My Moto 360. No, I didn’t expect a smartwatch to become an essential part of my life, but it did. It’s fairly handy for clearing out notifications when I’m out and about. The key difference is that, instead of being a thing I idly browse when I’m bored, it’s something I can glance at when my phone vibrates. Like Inbox, it changes the mindset around the device, rather than introducing any individual feature.

It also serves to unlock my phone. I used to only use a slide unlock, maybe upgrading to a pattern if I ever felt like I was going to be in an unsafe situation (I work from home, so it’s rare my phone can even get lost, much less fall into the wrong hands). Now I use a password unlock, which is harder for someone to get by glancing over my shoulder. However, as long as my watch is within Bluetooth range of my phone, it bypasses the password. I get to stay secure as long as I don’t lose my watch along with my phone, and I don’t have to worry about the extra inconvenience either.

Lately, a lot of CinemaSins. It’s less laugh-out-loud funny and more “My inner cynical arsehole feeds on the parade of inconsequential and pedantic criticisms and uses the energy consumed to fuel the hate machines that keep me going” type of funny. Also that voice is silky smooth. If NPR’s voice was the “before” girl in one of those makeover movies, CinemaSins would be the “after” girl.

Jonathan Hickman’s Fantastic Four series. I just got done catching up on the Avengers/New Avengers runs leading up to Secret Wars and I’m not-so-quietly hoping that the inter-dimensional collision that’s going to bring multiple parallel universes crashing into each other will also bleed into the Marvel Cinematic Universe (Earth-199999) because I am a huge nerd.

This question presupposes that there is a “routine”. I tend to go to bed six to eight hours before I need to be doing work the next day, regardless of what that time is. When it’s the weekend, this means I may stay up many, many hours later than normal. I have terrible sleep habits and every article I’ve ever written about sleep makes me a hypocrite. However, if I’d already solved all my problems, I wouldn’t be writing for Lifehacker. I’d be writing for Lifesolved.

It’s still Louis CK. He seems like a successful dude who still has just as many problems as I do. I want to know more about what it’s like to be super successful and popular and still suck at life.

“If you want to be a writer, write.” Not because I’m a writer, though. I mean, like, yeah, it’s good advice for writers. But it’s also good advice for everything else. If you want to do something, do it. If you’ve spent six months wanting something to happen, but you haven’t taken practical steps to work towards it, either start doing it or stop wanting it.

You’re all beautiful, wonderful, delightful people. Except the jerks. You know who you are.