How To Ditch Dropbox And Sync Files With BitTorrent Sync

Dropbox (and similar cloud services) are awesome, but they don’t give you that much control, security or privacy over your files. If you want to take control into your own hands without losing the features of cloud syncing services, BitTorrent Sync is the service for you. Here’s how to use it.

Why Use BitTorrent Sync Over Dropbox

We love Dropbox (and other file syncing services), but they tend to be rather expensive if you need more than a few gigs of space. There’s also an inherent security flaw in storing your files on a third-party server, and while most cloud storage services offer two-factor authentication, there’s always the possibility those servers could get hacked at some point. Conversely, private cloud services like OwnCloud are awesome, but you’ll need your own server to use them.

BitTorrent Sync solves for both of those problems. Your files are never stored on a server. They’re only on your computers, and the data is transferred between them using peer-to-peer file sharing. BitTorrent Sync is also completely free, and you can transfer files of any size you want, which makes it great for projects with large file sizes (like video). The storage capacity is only limited to your own hard drive, not how much space you’re paying for. Let’s take a quick look at the advantages and disadvantages of BitTorrent Sync compared to other file syncing services.

Advantages of BitTorrent Sync Over Dropbox

Disadvantages of BitTorrent Sync Over Dropbox

For most of us, BitTorrent Sync isn’t a good replacement for Dropbox if your primary use is backups, but for sharing and syncing files it’s awesome. That said, running BitTorrent Sync on a NAS makes it work similar to Dropbox and OwnCloud but with higher speeds and no software overhead to worry about. You don’t need to set up a server, so BitTorrent Sync also tends to be incredibly secure since you’re the only who who has the keys to access your files.

How to Set Up BitTorrent Sync

In order to use BitTorrent Sync, you’ll need to set up a few different things. Throughout this guide, we’ll be using the newest beta for BitTorrent Sync, 2.0, which should be officially launching soon. That said, the process is the same with older versions of the app as well.

Now, every folder you select to share syncs across the two computers. You can repeat this process across every computer you own. You can also set up syncing on mobile. The process is pretty similar:

One thing to note: right now, the mobile apps aren’t set up to work with BitTorrent Sync 2.0, so for now, you’ll want to use version 1.4 if you need access on mobile.

That’s it for setting up standard sync. From here on out, your files sync between all the computers and devices you have BitTorrent Sync installed on as long as at least of those devices is online.

How to Send Folders to Other People 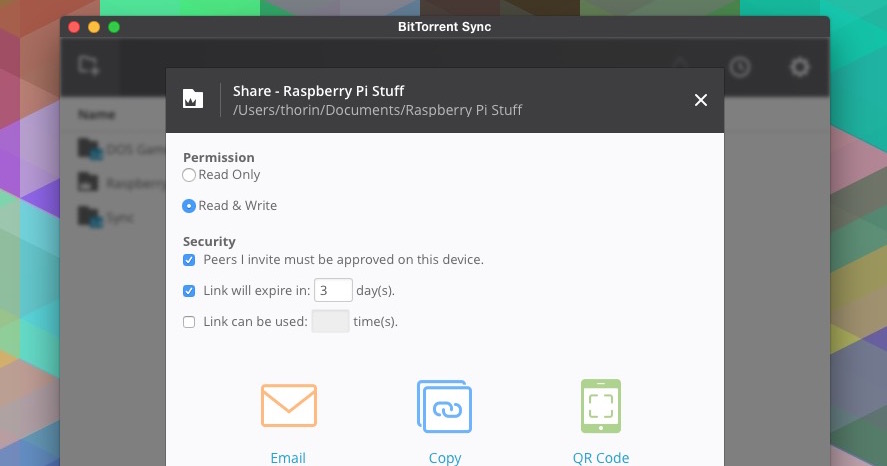 Syncing between your devices is just part of using BitTorrent Sync though. The most useful feature is sharing folders with other people. There is no limit on the file size here, so you can share pretty much anything you want. Here’s how it works:

That’s it. Send that link to whoever you want, and they will be able to access the folder from their version of BitTorrent Sync. You can also use this method to share only select folders with your other computers, which is handy if you have a laptop without a lot of hard drive space. 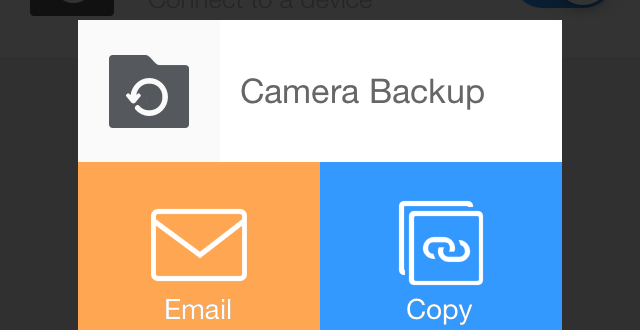 Aside from the normal syncing and sharing that comes with BitTorrent Sync, it also has a couple features we’re used to seeing in file syncing services: versioning and automatic camera roll backup. Both are easy to set up, but it’s also easy to miss the fact that both even exist in the first place.

Check Out Earlier Versions of Files

Like Dropbox, BitTorrent Sync keeps snapshots of every change you make to a file over the course of 30 days. This is handy when you mess something up and need to roll back to an earlier version. Here’s how to access those files:

That’s it. If you need to, BitTorrent Sync also has a guide for changing the default behaviour of versioning so you can customise it to your needs.

Like most file syncing services, BitTorrent Sync also has an automatic camera roll upload option for its mobile apps. Once it’s enabled, everything on your camera roll gets backed up on your computer. The process here is very simple.

Now, all you phone’s photos automatically get sent over to any computers you have BitTorrent Sync running on.

BitTorrent Sync might not be the perfect replacement to Dropbox for everyone, but it does just about anything Dropbox can do provided you don’t need the cloud storage. If you’re sick of spending a bunch of cash or you’re just looking for a little extra privacy, it works incredibly well.