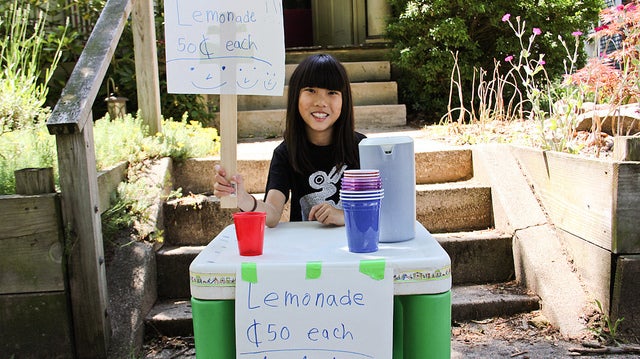 Teach kids smart money habits when they're young, and they are more likely to make better financial decisions as adults. The words you use when talking about money can make a difference in how they learn about personal finance.

Over at LearnVest, clinical psychologist Joseph Cilona explains that the way we talk about our finances can inadvertently shape our child's feelings toward money. For example, telling them something is too expensive seems pretty straightforward, but there's a lot of subtle psychology in that statement.

"[That phrase] implies a lack of power or control — and the idea of not having enough. Tying these emotions to money can create associations with helplessness and powerlessness," Cilona explains. "Financial empowerment is formed by identifying that money can be controlled and managed through thoughtful decisions."

Instead, they suggest rephrasing the statement to something a little more empowering. For example, "I don't think that's the smartest way to spend our money because it costs so much."

But maybe you don't feel in control of your finances or you really don't have the money to spend on something. It might still be a good idea to empower your children to strive for more, rather than reinforce a powerless mindset.

Also, it may seem like we have to watch our words a lot these days, but words can be very persuasive and powerful. It's a good idea to at least consider the connotation that comes with the things we say, especially with children.

Want to learn more about how to teach your kids financial skills? Head to the link below.

Everything You Need to Know to Raise Financially Fearless Kids: 12 Ways to Instill Money Confidence at Every Age [LearnVest]