The Tricks Apps Play On Your Mind To Keep You Hooked 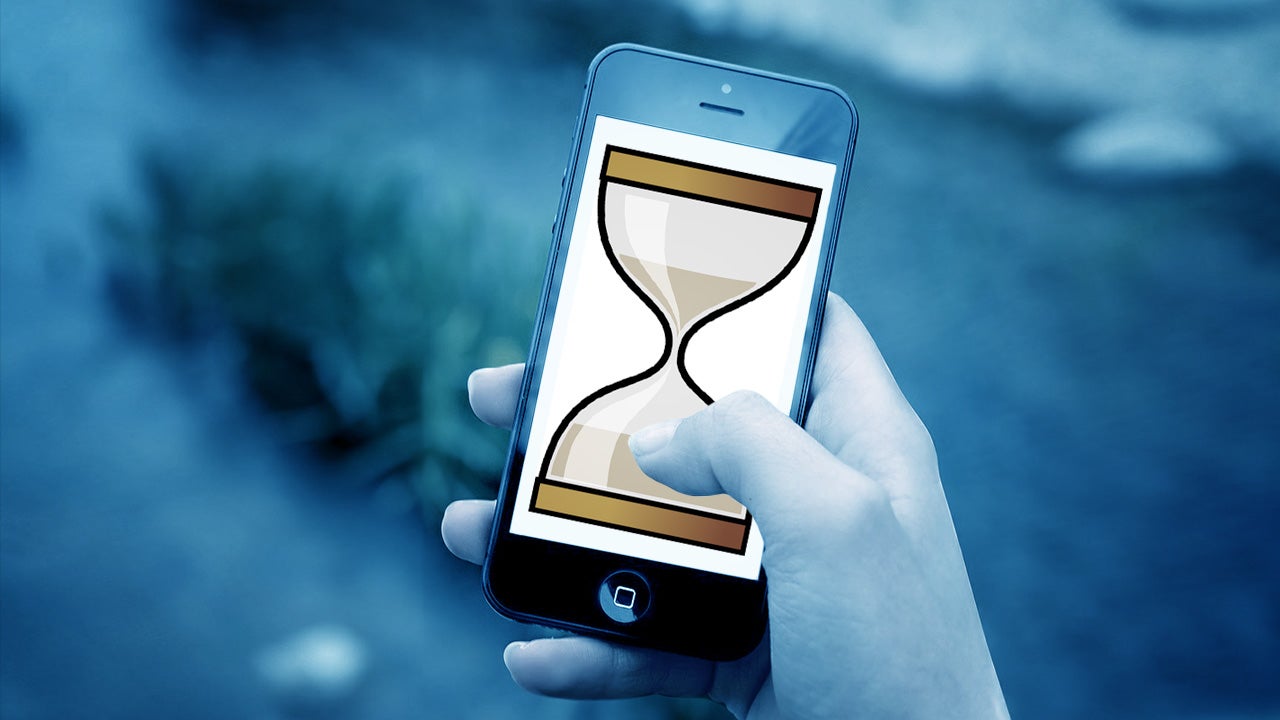 Mobile apps can be great fun, but they can also cumulatively take up a lot of your time and distract you from work. You'll need more than just willpower to properly control your appetite for apps — you need to understand how they work, and why they're extremely addictive.

Why You Should Be Sceptical About Your Apps 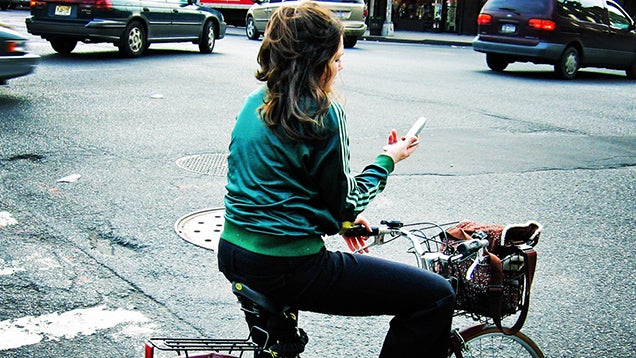 Apps are awesome. Many apps entertain you while killing the idle five-minute segments in your day. Some apps actually help you stay in touch with friends and family that you'd otherwise have lost contact with. There's a reason so many great businesses and experiences have been built on mobile apps. But as a reader told author Nir Eyal, "If it can't be used for evil, it's not a super power."

There is a darker side to apps that a lot of us aren't aware of. For example, we spend way more time on them that we think. As information research firm Nielsen reports, we now spend 65% more time each month using apps than we did just a couple of years ago. By the end of 2013, on average, we spent 30 hours and 15 minutes per month using apps. That's almost two full days of being awake.

If you need further convincing we're becoming addicted to our apps and phones, venture capitalist and mobile analyst Mary Meeker reports that on average we check our phones 150 times every day in her May 2013 Internet Trends Report.

Where manufacturers of earlier technology also wanted to make their products more engaging, they didn't have the data or algorithms to the extent app makers do today. Developers can track every single interaction you have with the app, and use that data to make their products more addictive. And they will — people who make apps literally use "addiction" as a success metric.

The solution isn't to throw apps out the window. They're extremely convenient and they bring great benefit and joy to our lives. They're also only going to more and more useful. You'd probably rather live in a world with apps than one without them. Much like how you'd be cautious around substances like alcohol, which can be potentially addictive, you can enjoy it in healthy, controlled, amounts.

Apps aren't passive (by default). They constantly reach out to you through your inboxes and push notifications. These notifications require a human element to overcome. Here's how apps are designed to be addictive, how you can take back control of your time and energy, and how you can live happily with apps:

Apps Interrupt Your Life With Triggers 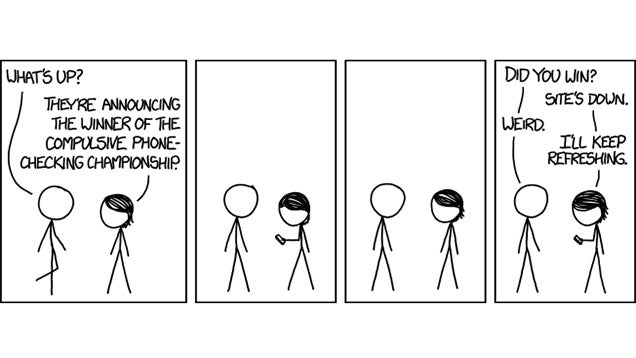 You may have an almost Pavlov-like reaction to the sound of a text message, a push notification, or a phone vibration in your pocket. App developers and marketers specifically design these hooks to draw your attention back to your mobile device.

Nir Eyal writes on his blog that these external triggers — push notifications, emails or links — create associations between an app and your existing behaviours and emotions. You start to feel more and more compelled to use the app every time you feel a certain way. (For example, when I'm waiting for an elevator and feel a twinge of boredom, I almost instinctively pull out my phone even though I checked it less than a minute ago.) Before you know it, you're using the app more and more often throughout the day. You've formed a habit.

It's tempting to react to your mobile phone every time it buzzes, but you need a bit of space to control your impulses. Apps don't want you to think (designers and developers are obsessed with removing "cognitive overhead" — which is the delay between you getting a notification and succumbing to the urge to look at your phone). In order for you to regain a bit of control, you want a bit of friction and inconvenience.

If you do want to keep push notifications but find that you wake up to a flood of them, don't make your phone the first thing you see every day. Charge your phone in a separate room, and buy an alarm clock.

If you have an Android device, you can use an app like Human Mode to place phone calls and messages on hold until a more convenient time.

External triggers can be relatively straightforward to ignore or clamp down on. However, it's likely you've built an emotional or personal connection with apps. (For example, I noticed I use Snapchat when I'm feeling bored. I use Path when I think of a friend. I use Flipboard when I feel like I don't have anyone to talk to at a social event so I can look busy.)

The next few times you're on your phone, try to identify specific internal triggers that led to it. It could be a feeling, but it could also be a belief - for example, Yammer product manager Jason Shah used to turn on his TV before he slept because he believed that TV would help him recharge. Discover what beliefs support your internal triggers.

Apps Want You To Invest Energy In Them 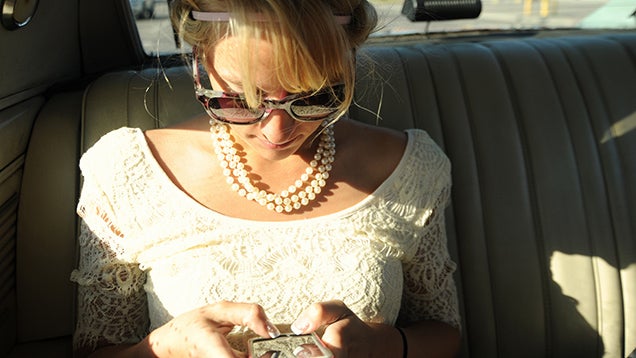 When you connect with a friend on Facebook, follow someone on Twitter, or connect with someone on LinkedIn, you make your experience on these services better for the next time you use it. That's precisely what mobile apps want you to do. You invest time and energy into perfecting your experience, so leaving them will become less appealing and more difficult.

For example, if you have 1000 friends on Facebook but only have 50 of their phone numbers or email addresses, you'll keep using Facebook to stay in touch with them. As all of you upload more photos to the network, you'll all grow more attached to it — because if you stopped using it, you wouldn't be able to access these valuable photos.

It's OK to invest some of your time and energy in these networks, of course. However, it's also important to make sure that you start to diversify your investments. If possible, get email addresses or phone numbers of your closer friends and acquaintances. Keep copies of the content you want on your hard drive. Similarly, don't upload information you don't absolutely need to, or make sure you know how to get your data out of something if you ever want to go. Make it as painless as possible to leave a service if you ever want to.

You might have spent a lot of time on your apps already, getting it to cater to your tastes or connect with friends, but that's no reason to stick with it. This would be a prime example of sunk cost fallacy, where people stick with bad options because they invested time/energy/money into something even though it's bad for them.

Now that you're aware of your investments, pay attention to which services you spend your time and energy on. You may realise you were digging yourself into a hole for a service that you really weren't that interested in.

Apps Reward You To Keep You Coming Back 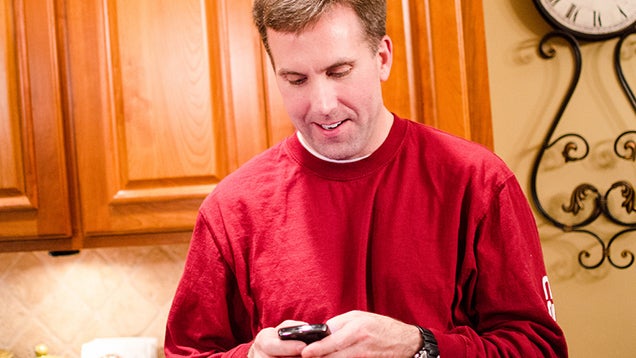 Apps ensnare you by rewarding you with points, or different types and intensities of emotions. The unpredictability of these variable rewards makes them even more potent. A little while after we receive a reward, we crave more. We become focused on trying to get the next reward. You'll know the power of variable rewards if you've tried to talk to someone playing a video game or watching a really good movie.

You should reward yourself for controlling your impulses with apps. For example, if you can't sleep, instead of using an app, relax by listening to soothing music, or get up and read a book. Meditate, or do some light exercises — anything that won't give you the stimulation a glowing, always-refresh screen does.

Disentangle Your Mind From Mobile (Just A Little Bit)

Apps can be great fun and extremely powerful. However, they can also trigger your attention when you're trying to focus. They lure you into investing your time and energy with them so you find them even more attractive. They reward you for using them. You now understand how they work, and you can break down what exactly makes you so interested in them. Use this information to disentangle your mind from apps. Use your apps, don't let your apps use you.