Macs are bundled with a lot of software. Some of it is awesome, but some of it is less than useful. That’s the catch with a lot of default Mac software — it’s easy, but the second you want to do something more with it, you’re out of luck. So, we’ve compiled a list of our favourite replacements for the usually workable but generally boring OS X default software.

It’s worth pointing out at the start of this post that a lot of the stock OS X software, including Preview, Archive Utility, Finder, Disk Utility and Activity Monitor are fantastic on their own and don’t really need replacements. If there’s not an alternative listed below, then the stock app is probably the best option.

Vox Instead of iTunes 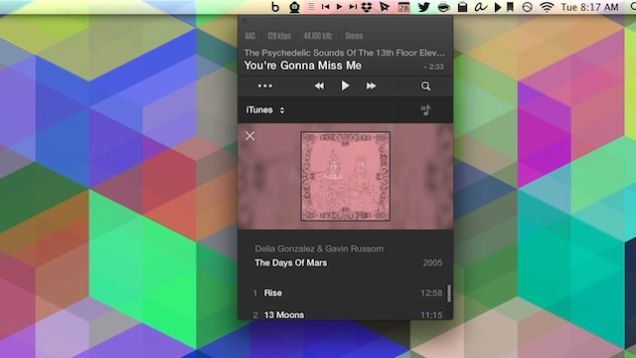 iTunes for the Mac isn’t nearly as buggy as it is on Windows, but it’s still bloated, and the interface is getting more obtuse with each release. iTunes includes not just your MP3s, but also an MP3 store, the App Store, movies and podcasts. Because of that, it tends to be a bit sluggish, and it’s overkill if you’re just interested in listening to songs. For that, we like Vox (free). It’s simple, doesn’t do anything but play music, and supports just about every file format you can throw at it. Plus, you can integrate it with LastFM and Soundcloud for more songs. If you want, you can piecemeal it out even further and use Downcast or Pocket Casts for podcasts.

Chrome Instead of Safari 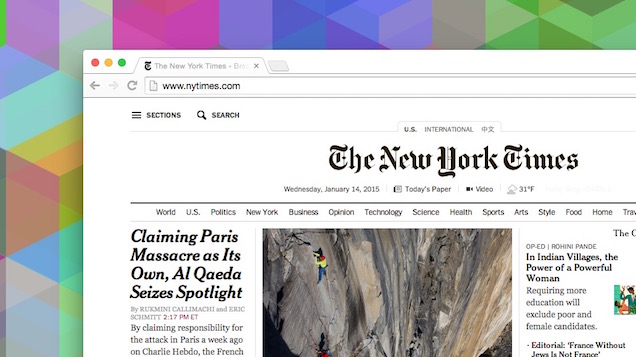 Safari has come quite a ways over the years, but it’s still not as packed with features as Chrome (free). Namely, it doesn’t have as vast of a library of extensions as Chrome and you can’t really customise it very much. Chrome has support for far too many great extensions to list and it’s powerful enough that you can do just about anything you want with it. Plus, if you’re using your Google account, you can sync your browsing history and whatever else across devices just like you can with Safari.

Lyn Instead of iPhoto 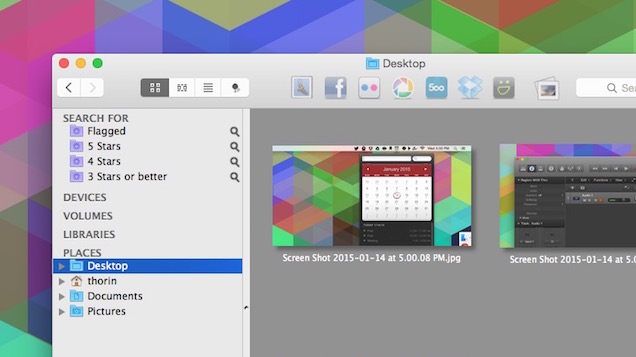 iPhoto is bad enough that Apple’s stopped development on it, but it’s still featured in the Mac App Store for the time being. There is supposedly an official replacement on the way, but it’s dead in the water for now. The best replacement is Lyn ($US20). It makes managing photos easy with a simple tagging system, and it’s pretty quick to launch. It’s about as simple as it gets, but what more do you need in an image manager?

Screenflow Instead of iMovie 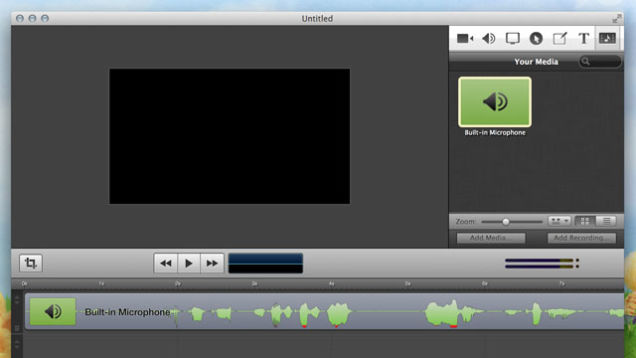 iMovie isn’t exactly bad, but it’s weird. It doesn’t use traditional timeline editing, so it’s confusing to use if you’ve edited videos before using other software. Our favourite replacement is Screenflow ($129.99), which is actually meant for screencasting but has a lot of useful editing features as well. If you want to do some lightweight video editing on your Mac and can’t stand iMovie’s quirky interface, Screenflow is a must have. Screenflow is super easy to use, features drag and drop placement of video files, allows simple edits, and it’s easy to work with regardless of your skill level. Basically, it’s what iMovie should be.

Fantastical Instead of Calendar 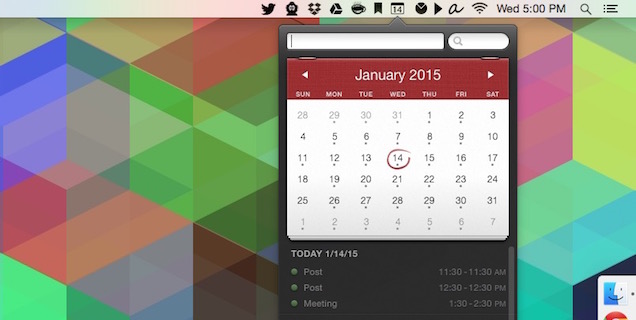 Calendar (formerly known as iCal) finally got an overhaul in Mavericks, but it’s still a little clunky if you just want to add an event or see your upcoming day. For that, we like Fantastical ($24.99). It stuffs the calendar into your menu bar where you’ll actually see and use it. You can easily add new events, check out any upcoming appointments you have, and it integrates with Reminders to show you any to-dos you have. It’s pricier than other apps, but it’s on sale often enough that you can usually score it for pretty cheap. That said, our pick on iOS is Sunrise, but it doesn’t integrate as well into OS X as Fantastical does.

Logic Pro Instead of Garageband 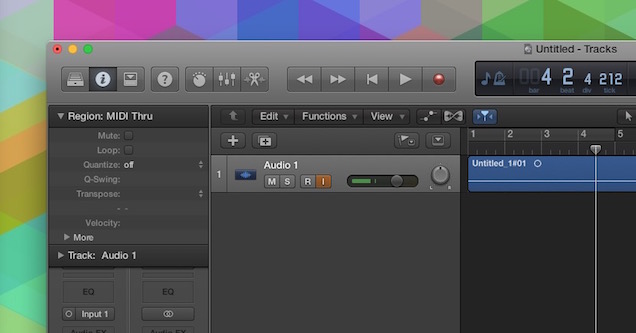 Like iMovie, Garageband isn’t too bad if you’ve never worked with audio software before. It has a lot of instruments and effects and it’s generally fun to use. Unfortunately, it’s also simplified to the point where it’s hard to use if you’ve used an advanced audio editor before. You have a lot of choices in this market, but for a straight-forward upgrade to Garageband, Apple’s own Logic Pro ($249) is our pick. If you find Garageband throwing up roadblocks in your audio adventures, it’s the most sensible upgrade for users familiar with how Garageband does things. Logic keeps things simple, but doesn’t lock away features.

Airmail Instead of Mail

For a stock app, Apple Mail’s not too bad. If you’re just sending and receiving a few emails now and again, it gets the job done. If you want a little bit more power and customisation, though, we like Airmail ($12.99). It’s fast, lets you customise its shortcuts, appearance, and notifications, and has a pretty solid search system. If Apple Mail’s not doing it for you, Airmail’s a good go-to.

iTerm 2 Instead of Terminal 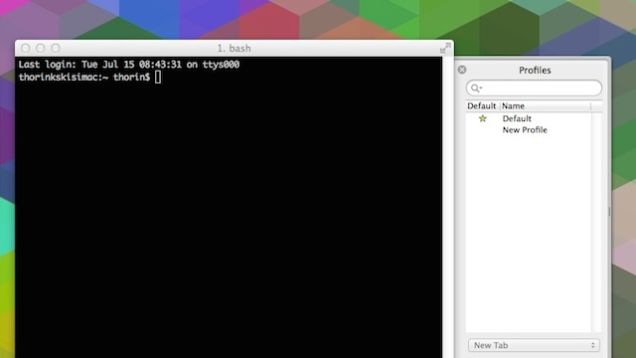 Terminal is fine for what it is, but it doesn’t really go above and beyond the call of duty. iTerm 2 (free), however, does. Beyond fun stuff like visual customisation options, iTerm2 also supports split panes for multiple sessions, hotkey windows, a killer search function, autocomplete, mouseless copy and a paste history that makes using the command line a lot easier. As with a lot of apps on this list, iTerm lets you use it however you want and customise it to your liking, which makes it a big step up from Terminal.

Wunderlist Instead of Reminders

Wunderlist (free) has long been our favourite to-do app for Mac and the introduction of Reminders with Mavericks hasn’t really changed anything. Wunderlist syncs across all your devices, lets you share and collaborate on lists, add notes to list items, use tags to add context and more. It’s basically Reminders supercharged, and it does a fantastic job at that.

VLC instead of Quicktime 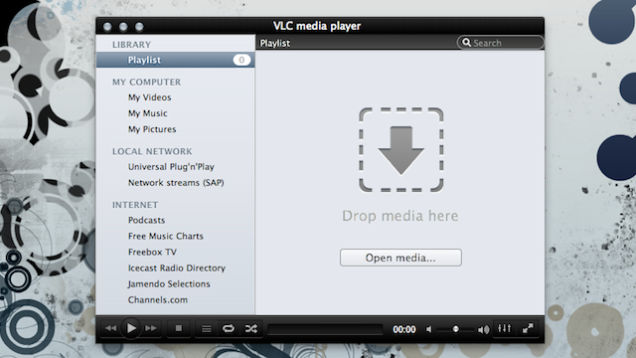 The only real complaint we have about Quicktime is the lack of built-in codecs for playing videos. Heck, you can’t even play most AVI files. Sure, you could go around searching for special codecs with something like Perian to install in Quicktime, or you could just download VLC. So, for a more all-inclusive solution, we like VLC (free). It will play just about any video format you throw at it, customise subtitles, and even play some of those weirder audio formats you might have sitting around.

Google Docs Instead of iWork 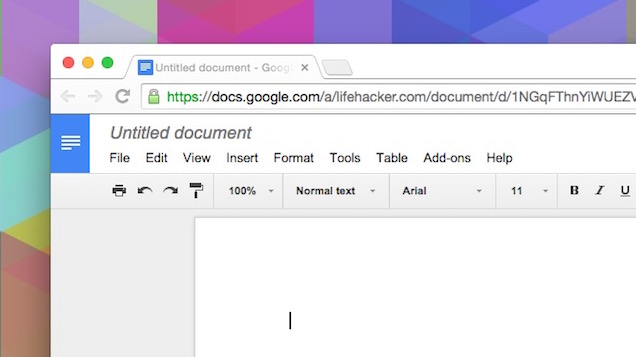 The iWork suite of productivity apps, which includes Keynote, Pages and Numbers, are Apple’s version of Microsoft Office. As you’d expect from Apple, they’re supposed to be stripped-down, easy-to-use apps that anyone can jump in and get to working with right away. Keynote’s not too bad for making slideshows, but both Numbers and Pages seems to hold you back from actually finishing your projects. Thankfully, you have a lot of choices in this arena. The most obvious is Google’s version of a productivity suite, Google Docs (free). It has autosaving to the cloud, basic editing features, and gets the job most of us need done without a lot of clutter. If you need a real office suite, you’ll want to go for LibreOffice or the full Microsoft Office, but if you just need a quick place to jot down some simple stuff, Google Docs is a bit more stable and easier to use than iWork.