I have a confession to make: I work at Lifehacker. I write about how to do things faster, more efficiently and cheaper for a living. Yet I still fail. I get distracted. I waste money. And I don’t follow every tip I’ve written about. But that’s OK. 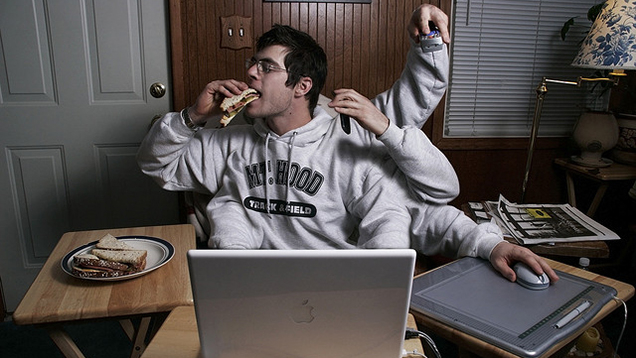 Before I was a Lifehacker writer, I was a Lifehacker reader. At the time, I didn’t have my life totally together and I was intrigued by these people who seemed to have everything figured out. They carried around notebooks to write down every idea. The notebook was automagically scanned into Evernote. Every morning they stand at their treadmill desk and, when the Pomodoro timer goes off, they would spend exactly 30 minutes working on each idea, then take a 30-minute break. They would repeat the cycle until dinner time, at which point they would pull a meal out of the fridge, which they planned at the start of the week. They would stop answering emails at precisely 9pm, and turn their screens off for at least an hour to get better sleep. They would fall asleep at precisely 10pm and wake up at 5.30am, which is exactly five 90-minute sleep cycles later. What a perfectly organised, structured and productive day!

That’s great and all, but it also lacks a lot of flexibility. Before I worked for Lifehacker, I wrote for Android Police. That job required a lot of atypical hours, such as covering Rovio product launches at 4am. What a great opportunity to work on a highly visible, key project that was a priority for my boss! Yet it violated a lot of “rules”. It’s an extreme example, but the point is that sticking too closely to a perfectly structured schedule could have resulted in lost opportunities. Everything is a trade off.

Ultimately, what I discovered is that, as a reader, I got this impression of super-productive people that wasn’t realistic. I believed that I was doing it wrong because sometimes I slacked off, or sometimes I didn’t go to bed on time. Or because I read my phone at night. Everyone, even the people I looked up to as perfect models of productivity, have off days and bad habits. Or they have some tips they just flat out ignore. Following every single piece of advice you get is impractical, overwhelming and ultimately won’t help you be more productive on its own.

Of course, it doesn’t take a rocket scientist to realise that it’s not a good idea to do everything that everyone on the internet tells you to do. Instead, start with what you actually want to do in life and incorporate the tricks that help you get there. In my case, I wanted to be more organised with my projects (at the time I was a video editor), and get more disciplined at writing every day. Those specific goals made it a lot easier to figure out which tips were worth paying attention to and which ones to ignore. In fact, being OK with ignoring some tips was almost more important than the ones I followed.

To filter the right tips that are worth following, start by observing your own patterns. Take a look at your weekly routine and pick out two problems that you want to improve. Write down what you would rather do instead and start looking for tips from there. Ignore everything else that doesn’t concern these two goals. Even if it’s still a problem that you want to work on, save it for later. Not only will focusing your efforts make you better at implementing that new habit, fixing one problem is a confidence booster that will make the rest easier. 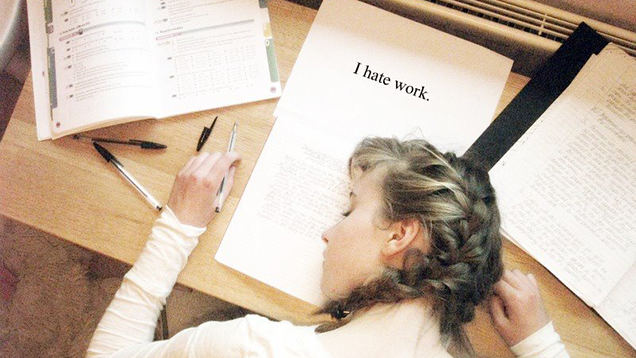 Sometimes, I write tips on how to do things, and then don’t follow them myself. I feel really bad about this. I also felt bad when I was a reader and would constantly see people talking about their spreadsheet budgets and rigorous sleep schedules, and I’d feel like a failure for eating out too much. The more I read about how to improve my life, the more I realised I could be doing but wasn’t, and the worse I felt. You can only see so many people being more successful than you before you realise how crappy you are at life and guiltily slump down on the couch to watch TV. Guilt is a terrible motivator. If you feel guilty for taking breaks, you won’t relax. This can lead to burnout, which is a real and serious problem.

Tell me if this scenario sounds familiar: You start by feeling guilty because you haven’t tried that GTD thing, and so you feel guilty for not working enough. Because you feel bad for not getting enough done, you avoid taking a holiday. Then you read some article telling you how much you’re failing by not taking a holiday. So, you finally break down and take one, but you work the entire time. You come back tired, wishing you had a holiday from your holiday, and start the cycle all over again.

This isn’t a problem with how efficiently you work. In fact, just because you feel lazy doesn’t mean you are. The problem is that you’re expecting too much of yourself. If you’re stressed at work, hate your job, and feel like it’s not worth the effort, those feelings might be your own fault. It sounds counterintuitive, but if you can’t accept that sometimes you’ll be unproductive, sometimes you’ll be inefficient, and sometimes you’ll just plain screw up, then you’re not in a good place to actually improve.

You can start combatting this mental self-defeat by learning to accept failure and treat it as a learning experience, rather than a guilt-inducing one. Train yourself to stop being a cynical jerk, especially towards yourself. There’s no one perfect tip to doing this, but keep in mind that plenty of successful people still feel like frauds. As Louis CK pointed out, if you’re at least 70 per cent OK with a decision, that’s usually enough. Don’t be so hard on yourself for not being on top of your game for the remaining 30 per cent.

Life Is About More than Tips, Tricks and Getting Things Done 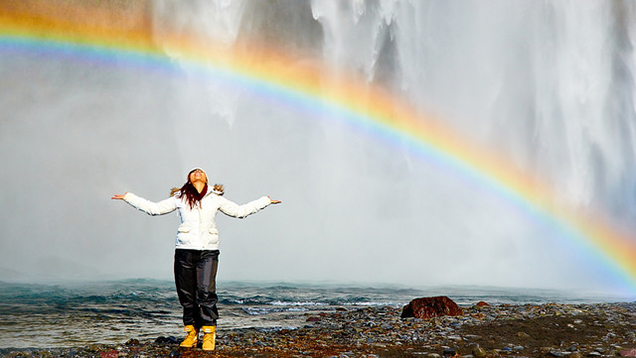 Two weekends ago, I took a trip to Nashville to meet some people I’d never met and participate in a LARP. Judge me if you must, but it was an experience I’d never had before. It was fascinating to me, and now I have stories to tell. It also meant that I wrote these articles while sitting on a bed at 8pm on a Sunday before driving four hours to get home and getting about five hours of sleep.

I broke a lot of rules to get that done. I worked on my days off (which I frequently do), I upset my sleep schedule, and I talked publicly on the internet about attending a LARP. All of which, I’ve been told, can have serious consequences. On the other hand, I wrote multiple articles that did well and had a fun experience that will provide me with entertaining stories I can tell later. I did everything wrong and it was still fulfilling.

Lifehacker’s mantra has always been “Tips, tricks and downloads for getting things done”. And this is a noble goal. But there’s also more to life than just accomplishing work. That doesn’t mean that the tips are wrong. I usually keep the 90-minute rule about sleep in mind because it helps me sleep better. I use Dropbox and remote desktop to get work done when I’m away from my desktop, and don’t get me started on how awesome keyboard shortcuts are.

What it does mean is that the rules are more like guidelines. You have things you want to do with your life, and that’s OK. You’re going to mess up, lose control or just not care about certain tips. I’d love to tell you that I scheduled to do my work at 8pm on a Sunday that weekend, but the truth is I found a spot to fit my work in and did it on the spot, and I felt awful for not getting to bed until 2am that night. Sometimes, life gets in the way. And that’s OK.

Work can be very fulfilling. So can spending time with friends and family. Or watching movies. Or staying up late. Or losing weight. What’s fulfilling to you is something that only you can decide. So don’t feel bad if you screw up or don’t have a perfectly optimised life. As long as you spend your time pursuing your own happiness and get better this year than the last, it’s not wrong to err. It’s just human.