How To Stop Overreacting To Everything

We all overreact from time to time, but it’s not a great habit to develop. If you find yourself getting disproportionately angry, upset or defensive at small things, here’s how to stop.

Know the Difference Between Reacting and Overreacting

It’s important to know the difference between reacting and overreacting because not all intense responses are overreactions. It’s perfectly fine to feel your emotions and express yourself accordingly. Just like in physics, every action can have an equal and opposite reaction. If something is truly upsetting, you can be upset. If something makes you justifiably angry, you can be angry.

The problem arises when you start to react in a bigger way than justified. For example, if you forgot to pick up the milk, it’s not a reason to scream at someone else. You forgot it, not them. But, more importantly, it’s just milk. Overreactions never make the situation better. Say somebody else forgot the milk and now the meal you’ve been preparing is somehow ruined. Yelling at them isn’t going to get you the milk, and now you’ve created a new problem between you and the other person. Stress causes us to overreact, but overreacting doesn’t release any of it. All it does is create more stressors in our environment.

There are two main types of overreactors: internal and external. Internal overreactors dwell on the things that don’t go their way, unable to think about anything else. Their overreactions affect their happiness and let it get in the way of the things they want to do. For example, an internal overreactor stews about someone cutting them off in traffic all day, never able to let go of the fact. They might start to develop thoughts of “why me?” or “this always happens to me”, causing a great deal of stress.

External over-reactors are, as Susan at Sound Mind explains, the more classic variety. They yell, scream, or snap back at people when something isn’t exactly how they want it. Regardless of your own tendencies, always remember that some reactions are justified — especially when you respond instead of reacting. The trick is to be aware of whether you’re reacting or overreacting. It’s not always easy to figure out, but hopefully by the end of this you’ll have a much better idea of what you can do to reduce your chances of overreacting. 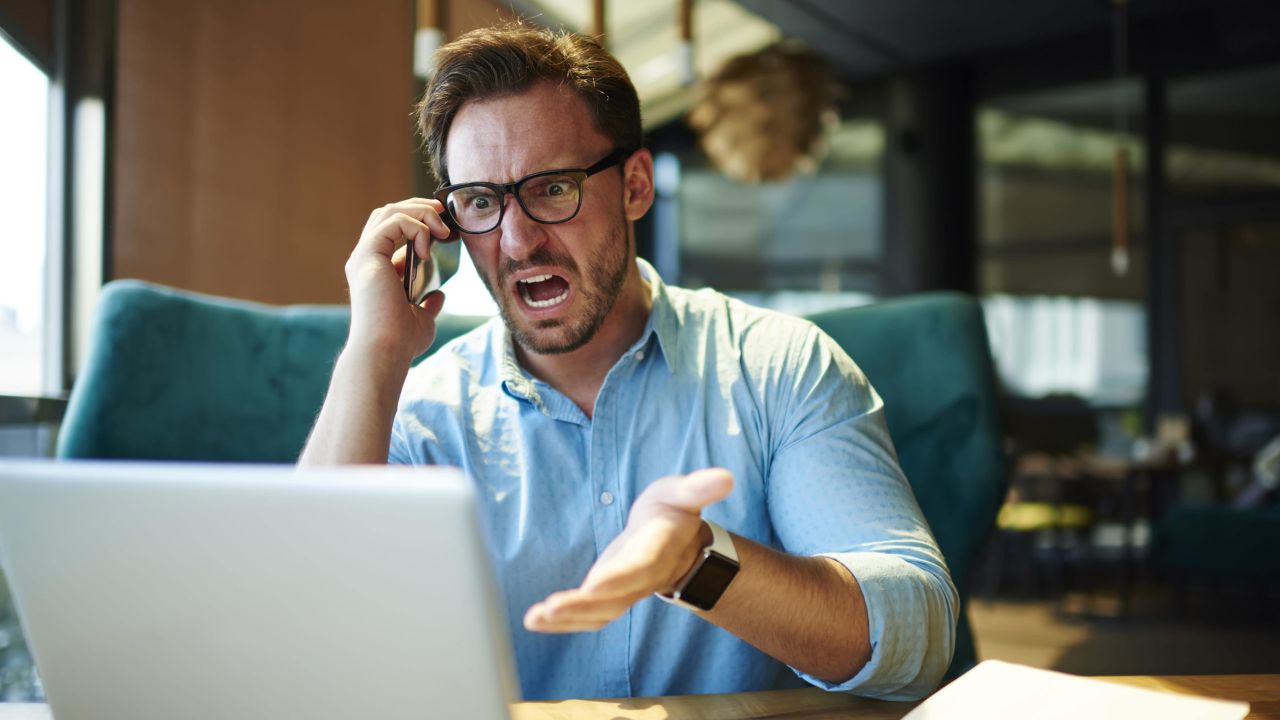 Most of the time, we have specific triggers that cause us to overreact. We all have a button and every once in a while, someone knows exactly how to push it. Preparation is the best way to prevent an overreaction, so think about the things that really get to you the most. If you know them, you can learn to be more in control of yourself when those times arise.

Personally, I know that I overreact when people suggest I do or did something without providing an example. Someone generalising with “you always do this or that” aggravates me, and I would overreact by demanding — in a not very nice way — a specific example of when I actually did do this or that.

So think about the past month and all the times that something upset you. Justified or not, identify the things that bother you the most. It could be rejection, criticism, or even something that has nothing to do with you, like a friend that comes across as ignorant, spouting facts you know aren’t true.

It’s also important to think about basic contributing factors like lack of sleep, being hungry or thirsty, or being overworked. The last time you overreacted, what was going in with you and your body? Had you not eaten for a while? Had you had any water at all that day? Was it the end of a hectic week? All of these things can turn the calmest of people into children with temper tantrums. I know I get pretty “hangry”, myself. Figure out what triggers your bomb so you know to defuse it before it goes off next time.

Breathe Before You Do Anything 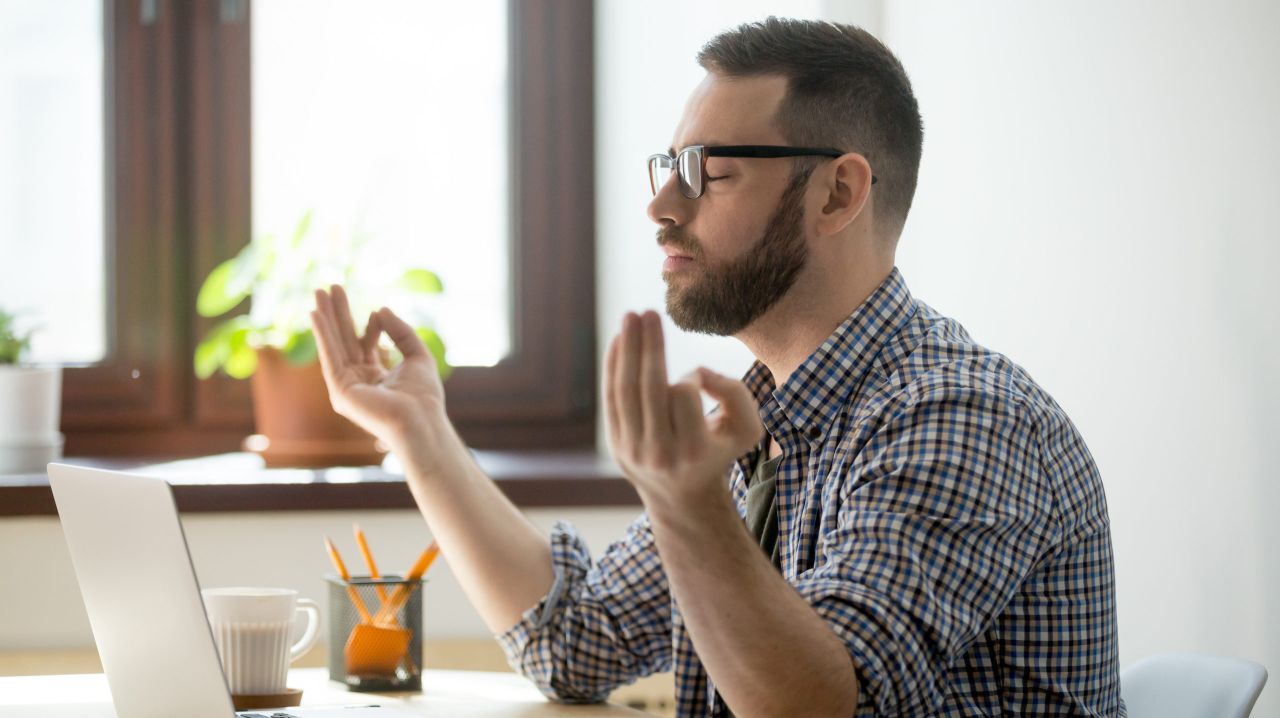 When you’re wandering dangerously close to one of your triggers, the best thing you can do is make sure you pause before responding. Even if you’re alone, Julie Hanks at World of Psychology suggests you practice taking a deep breath:

When you feel like flying off the handle, take a deep breath. Deep breathing slows down your fight or flight response and allows you to calm your nervous system and choose a more thoughtful and productive response. Try taking a deep breath next time someone cuts you off in traffic. In my recent Facebook poll, overreacting while driving was the most commonly cited scenario for overreacting. Just imagine if all drivers took a breath before responding, making hand gestures, or yelling obscenities.

As simple as it sounds, taking a deep breath calms you and gives you time to really think about what just happened. Maybe you jump to conclusions and now you have time to think things all the way through. Or maybe taking a deep breath gives you a moment to realise that throwing your controller will probably break it. Imagine yourself as a pot of water about to boil over. Nothing will cool you off completely in an instant, but taking a moment to breathe and separate yourself from the heat source will keep things from getting messy.

Listen to Your Personal Control Tower 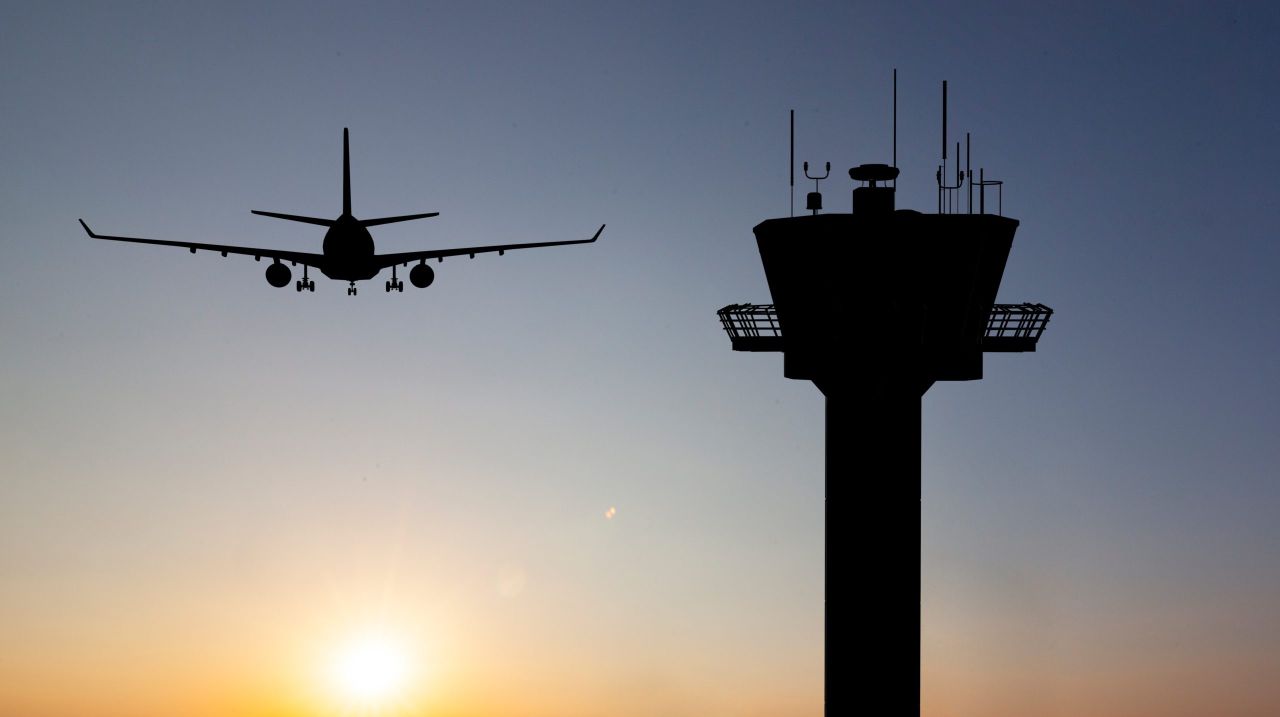 Once you’ve taken a breath, check in with your control tower. Imagine you’re a pilot and you can’t do anything until you’ve cleared it with them. Psychologist Arlene K. Unger recommends you always clear things with the “FAA”:

This system gives you the tools to take on frustrating situations systematically. Emotions will still be present, but you can keep them from exploding out and rechannel them into something more productive. You would be surprised how much a little time can do when it comes to sidestepping overreactions.

Gain Perspective on the Past and the Future 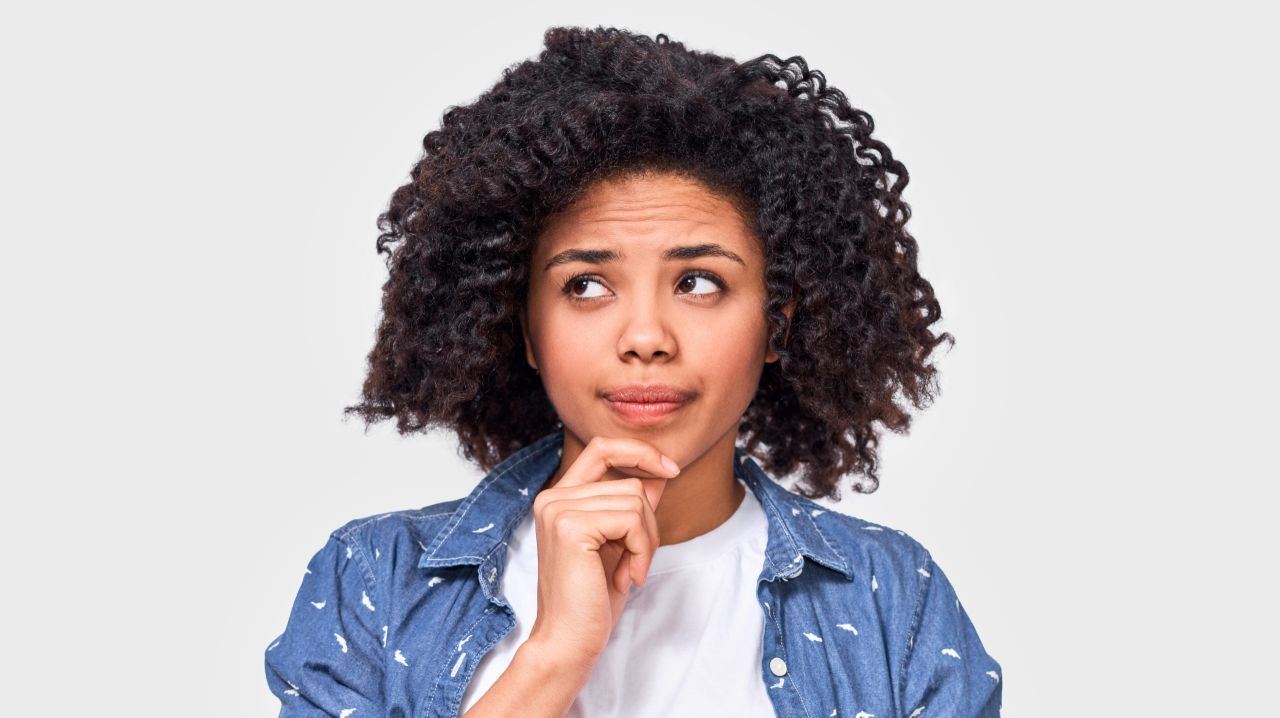 After you get out of the moment, always take some time to gain some perspective on what happened. This can be more difficult for some, but it’s important to look back. Not to chastise yourself for overreacting, but to learn. Ask yourself the big questions: Why did I do that? What could I have done differently? Did it even matter? If you’re having a hard time going over your actions, separate yourself from the event and give it some distance. How would other people see it? How would other people handle it? Managing your perspective is one of the hardest things to do, but it will help you the most in the long run.

With perspective, not only should you look back at how you’ve acted, but also forward. Check your expectations and make sure they’re realistic. There’s no black or white, so don’t assume that everything is all good or all bad. People and situations all sit in a grey area. As Chrysta Bairre at Live Love Work explains, a lot of our overreactions come from expecting too much from others. Think about what other people want or how they might feel about things. Overreactions are inherently selfish. Stop thinking that you’re entitled to certain things. By taking some time to manage your expectations, you can reduce the chances of you overreacting by a lot.

Don’t Bottle Up Your Emotions 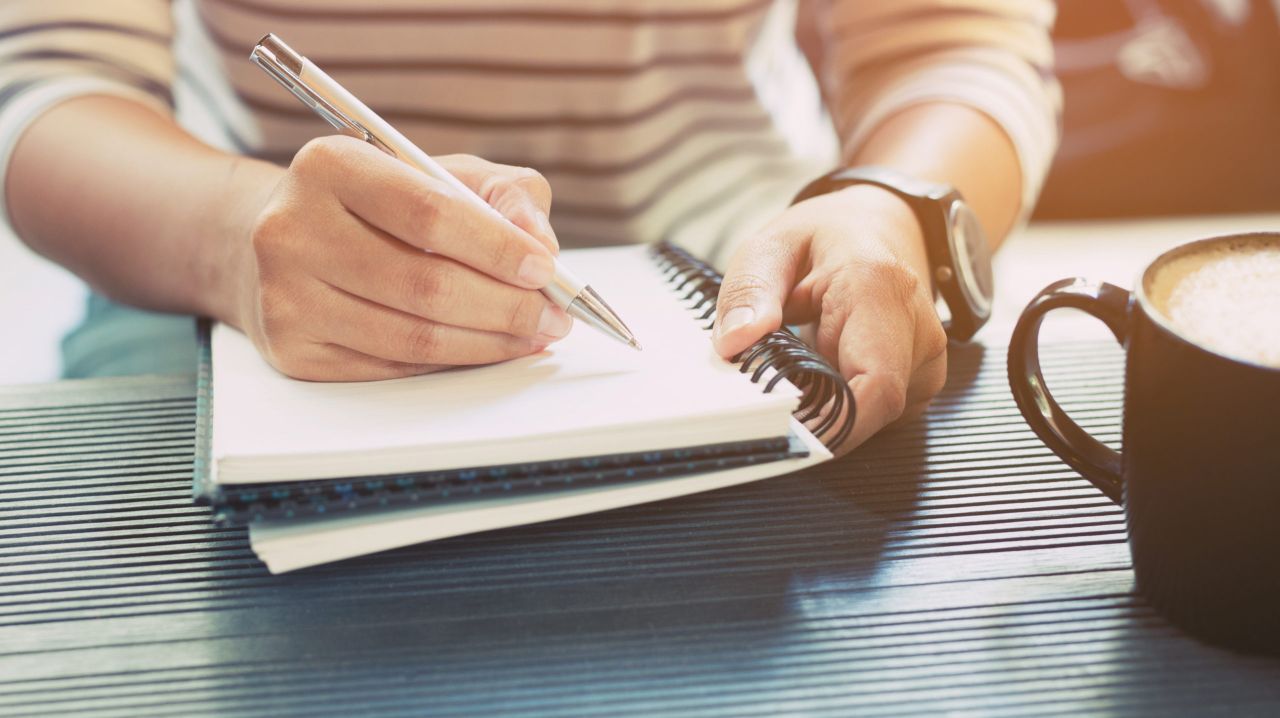 Sometimes overreactions happen because things go untouched. If something has been bothering you for a really long time the tiniest prick can pop the balloon. Address the past if possible and resolve any emotional leftovers you might have. If you don’t, you can encounter what Psychiatrist Judith Siegel calls “flooding”:

In addition to dealing with the challenging moment at hand, you may find that every old and negative emotional memory associated with the situation floods over you…

Address issues when they arise or as soon as you’re able. Let it out so you can let it go and move on. Find a friend or significant other you can vent to. As long as they aren’t part of the issue — and you trust them — spill it out when they’re willing to listen. If you can’t vent to someone on person, put it down on paper. Keep a journal, write a letter; do whatever it takes to unload. Emotional baggage becomes more fuel when your bomb goes off.

Life is tough, get a helmet. When things don’t go your way, there are plenty of alternatives to losing your cool. Express yourself and react to things accordingly, but do yourself — and the others around you — a favour and stop your ticking time bomb before it starts.