How To Stay Immune To Your Boss's Bad Moods 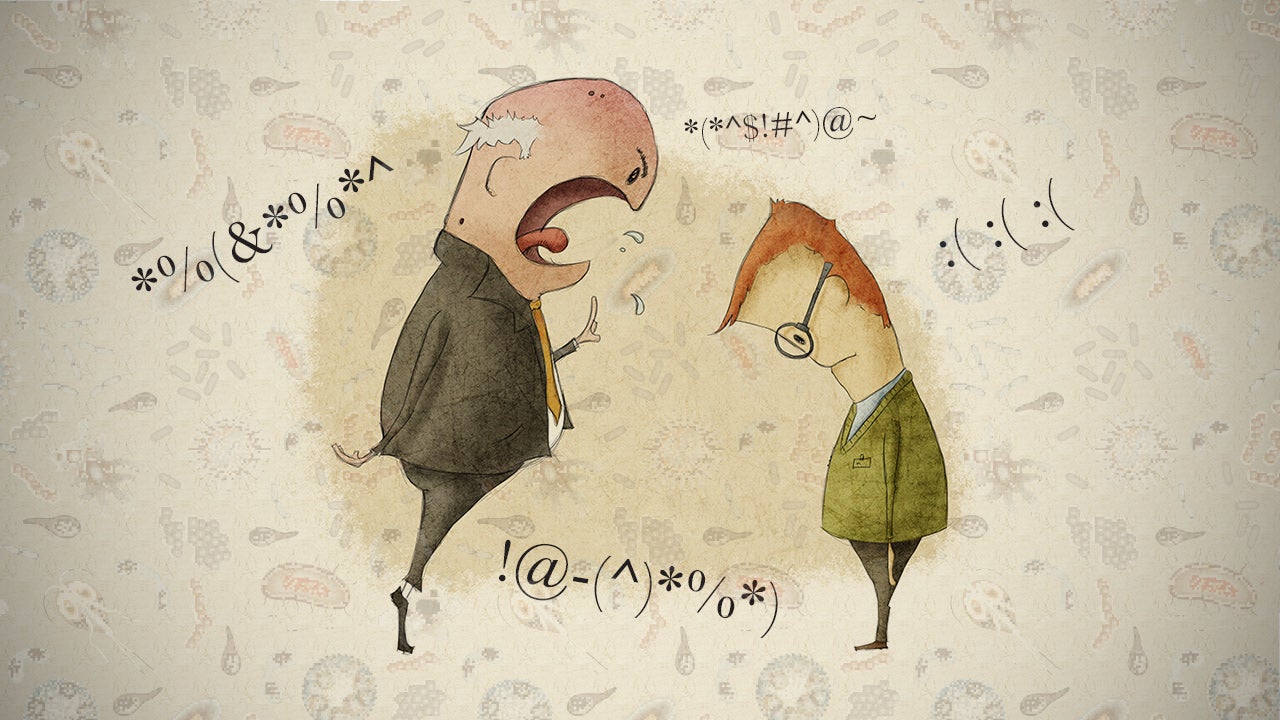 Managers are often under a lot of pressure, and that stress can make them behave in less-than-pleasant moods. Of course, some people can manage that stress but some bosses are in perennial bad moods, which can affect the way you work. Here's how to get on with your day regardless of your boss's mood.

Some bosses can be volatile. One minute, they're bragging about their team's accomplishments to the executive team; the next, they're fuming that a project hasn't been completed. To some extent, that's expected — managers do have pressure-filled jobs, after all.

But there are also bosses whose bad moods come out of nowhere — when on any day, in any instant, and with no warning, his or her mood can turn from pleasant to unbearably foul. And of course, your manager takes it out on everyone around him or her. Including you.

No matter your boss's mood, your work has to continue — ideally without ruining your entire workday. So how can you remain unaffected by your manager's bad moods?

Don't Feed Off Their Bad Mood

When your boss is making his or her rounds of the floor, announcing how nothing's going right, deadlines are being missed, goals won't be met, and no one's on track to deliver an important project on time, it's likely that the rest of the team will take that cue to start thinking the same way. We've all seen it: When the boss is happy, the team's happy — and when the boss is down, the team is down.

But it's vital to remind yourself that just because your boss is in a bad mood, you don't have to follow suit.

How do you resist? Start by keeping things in perspective. Is your boss in a terrible mood because a project is off track? If you're not involved in that particular assignment, you don't need to let yourself be affected. If you are part of that project, make sure your manager knows you're on top of your portion.

Often, your projects and priorities aren't the same as those of your manager — so don't assume that what's causing the bad mood for your boss should influence your day, too.

Do Look For Triggers

Pay close attention to your boss's thunderous moods, and see if you can detect a pattern. For example, is your boss more likely to get extra agitated the morning before his weekly executive report is due? Or after lunch on Thursday, when she's cramming to get her work done before she has to leave right at 5pm for her kid's ballet class? Or maybe it's a daily routine that starts first thing in the morning and lasts until he hits his third cup of coffee.

Whatever it is, if you can pinpoint the times and triggers that makes your boss more likely to take out his or her emotions on the team, you can either address them if possible (think: "Hey John, I thought I'd turn in my portion of the weekly report early so you can get a head start on it"), or if out of your control, keep your distance until it passes.

Which brings us to:

Do Avoid When Possible

Especially when you know your boss's triggers — but even if you don't — it's fully OK to avoid your boss when necessary (and possible).

And, sure, it's certainly not always possible. You may have an unavoidable meeting scheduled or an urgent question that needs to be answered face-to-face.

But if you don't, know that it's OK to email a question instead of braving your manager's office, hold a minor update until the mood has passed, or put your headphones in to block out some of the negativity.

It may not be a foolproof solution (bosses do seem to pull Office Space-style cubicle drive-bys quite often), but it's a small step you can take to avoid the fallout.

Don't Assume It Has Anything To Do With You

When you find yourself in your boss's line of fire, it's easy to assume that something you did must be fueling that terrible temper.

Just remember: Bosses have shortcomings, too. Your boss may not have the best time management skills. He may put big projects off until the last possible second, making it nearly impossible for him to produce the needed assignment on time. Or maybe she has personal problems going on in her home life, and she's letting them impact her performance (and mood) at the office.

Whatever the situation, unless you've knowingly done something that could be the source of your boss's foul mood, it's ok to assume that it hasn't stemmed from anything you've done. It's tough, but try not to take it personally.

Do (If You're Desperate) Address It Calmly

If your boss's moods are impacting you significantly and you're ready to confront your boss about a specific situation, do it with a calm and neutral attitude.

For example, if your boss is fuming about a big project that isn't going as planned, ask, "I can see you're frustrated. Is there anything I can do to help?" Or if he rolls his eyes and gives a sarcastic chuckle at a suggestion you present, say, "That suggestion seemed to annoy you. What do you think would be the best way to approach it?"

Your boss may not realise that's how he's coming across — but by pointing it out in a gentle, composed way (without an emotional charge), you may make him realise he's not communicating effectively.

You can't control your boss's moods — but you can control the way you react to them. My advice? Steel yourself, keep things in perspective, and carry on.

How to Stay Immune to Your Boss' Bad Moods [The Muse]

As a full-time manager at a tech company, Avery Augustine is constantly finding (and writing about!) new ways to better encourage, lead, and motivate her team.