Behind The App: The Story Of HabitRPG

What if you approached your life like a video game, treating your tasks as monsters to be battled and your daily goals as quests? That’s the idea behind HabitRPG, a site and community designed to be a role playing game for your to-do list.

Web developer Tyler Renelle had been tracking his habits on a spreadsheet before he decided to “gamify/” it by transferring it to a website and adding sprites as visual aids. Still just for personal use and for friends, the idea found a surprising amount of traction as he added new features and the site became popular faster than Tyler had anticipated. Along with co-founder Siena Leslie and Vicky Hsu as CEO, HabitRPG is now much more than just a spreadsheet. We spoke with the founders to learn more about the original idea and how it all came together.

First of all, how would you describe HabitRPG to someone who has never heard of it?

Siena Leslie: HabitRPG is a game on web and mobile for improving your real-life habits and productivity. Input your Habits, your Daily goals, and your To-Do list, and then check off tasks to level up your avatar and unlock features such as armour, pets, and even quests! We also have a social side, so you can join a party with your friends and issue each other Challenges to improve your lives. Plus, we’re an open-source community, so anyone can jump in and contribute!

Where did the idea for the site come from? Were you trying to solve a problem you’d experienced, or did the inspiration come from somewhere else?

Tyler Renelle: I’ve always been interested in habit-improvement, particularly regarding my personal ADHD management. I’d read a handful of books on the topic, and was particularly struck by The Power of Habit. When I saw an article about tracking your habits via a colour-coded spreadsheet using cell formulae — red for bad habits, green for good — it sparked my interest. So that’s how proto-HabitRPG began: as a tiny, colour-coded Google Docs spreadsheet.

Tyler: As might be expected, the spreadsheet eventually got too complex, so I programmed it into a website. It was still just for personal use, but I eventually put it online so my supportive friends could use it. I added sprites from BrowserQuest as a joke amongst my friends, which turned into an “actually… that’s a good idea”, sparking the HP/XP/GP revolution. Per their encouragement, I gained confidence in the idea, and started posting the link experimentally on Reddit and other venues. Then came the fateful day, oh Lifehacker, when you posted this and acquainted me with “Gamification”. You can still see my comment (#2 in that article) as “Wait! Wait, that’s exactly what this website does!” That comment, and your post, changed everything — bringing in droves of traffic and knocking my silly little site to its knees. Reddit followed suit, and someone suggested I start a Kickstarter campaign to save the servers, add new features, build a mobile app — and the rest is history.

Siena: I discovered HabitRPG during the early Kickstarter phase and instantly connected with it, because I had been motivating myself to get through college finals with a pen-and-paper version of the same exact thing. I leapt into contributing pixel art immediately, and soon began to take on an organizational role as well: running social media, managing our burgeoning community, and sorting through all of our art contributions. Pretty soon, Tyler asked me to join him as one of the site co-founders, and I haven’t looked back since!

Vicky Hsu: When the other co-founders realised that the site needed someone to manage the business side of HabitRPG, they put out a call for help and I answered. The three of us quickly found that we got along well and had complementary skill sets. As time has gone on, we’ve been joined by a series of amazing contributors from our open source community.

The aesthetic obviously harkens back to 8-bit and 16-bit games. What were your primary influences? 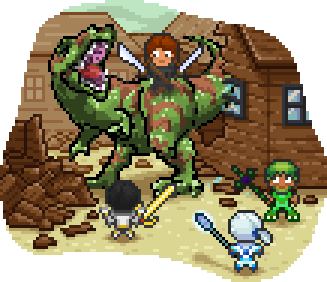 Siena: The original pixel art came from Mozilla’s BrowserQuest, an open source and Creative Commons project. However, at the time there was only one avatar and a few pieces of armour and weapons. No character customisation, no pets, no monsters… Obviously, those days are long gone! As the site began to grow and the art began to expand, we decided that we would keep the current pixel art style for two reasons. First, we like the nostalgia factor of pixel art. Second, a ton of our art is contributed by awesome artists in our community. We felt that simple pixel art was much more approachable for users looking to pitch in!

Tyler: You can see a much more clear influence in the mechanics of the game. In the early days, our influences were primarily Super Mario RPG, Chrono Trigger, and World of Warcraft. Eventually, new contributors started bringing their own favourite gaming classics to the table. At this point we’ve drawn influence from everything from Dungeons and Dragons to Gaia Online.

Siena: That being said, the site has really developed its own unique flavour and sense of humour. Where else can you subdue the wicked Laundromancer, or band together to save the non-player characters from the Abominable Stressbeast? We will frequently see posts in the chat areas saying things like “Hooray! I defeated Recidivate the Necromancer by washing all the dishes!” It’s great.

Tyler: I had a professional background in websites, so I started there to scratch my own itch. We used a hybrid mobile app stack called PhoneGap so that we could cross-compile the website to iOS and Android with ease. This has its own limitations (namely performance), so we knew that eventually we’d need to migrate to native apps, but the initial deployment allowed users something functional to hold on to while we get a better version out. We’re now beginning to investigate going native with our apps.

Tyler: Our original tech stack was an experimental and untested technology. Since I hadn’t expected the product to explode in popularity, I hadn’t chosen a production-ready stack. We lost a lot of users to a tech stack which wasn’t scalable — a time which lasted longer than should have. We dreaded a rewrite (the notorious Developer Faux Pas #1), but it had to happen — so we moved to Node.js & Angular. That migration not only scaled our website, but scaled our team because with a more popular emerging technology stack, developers were more willing to join.

Tyler: The original launch? Honestly, it was a nightmare. Per above, Habit wasn’t ready for prime time — I was just getting into the idea that possibly more than 15 people would be interested; the product was half-baked on a half-baked framework. I was ready to work personally with anyone who saw and liked my Lifehacker comment. When 20K people took interest overnight (what are they feeding you, LH?), I was at a loss. I followed Reddit’s advice of starting a Kickstarter campaign, if only to raise funds to help me get off the old framework and migrate to a scalable PaaS.

Well, we did that and more. Now the product’s ecosystem is a well-oiled machine. We’ve gamified the contributions system, a method in which contributors gain prestige within the community, and we feel confident in our current flow.

Siena: We use Trello to organise features that the community requests, encouraging them to comment on or vote for cards. When we’re ready to implement a new set of features, we sort according to what is most popular, balanced with what will help us fulfil our current goals for the site. That being said, because we’re an open source community, it’s very common for users to take matters into their own hands and code the features they want! We love that. We’ve had users do everything from fixing tiny CSS issues that were bugging them to creating a full version of HabitRPG for Windows Phone. They’re incredible.

Siena: We’re very lucky that our open source community is constantly implementing cool new features. If there’s a requested feature that we think is particularly desirable, we’ll often place a money bounty on it using Bountysource! When a task is very difficult or critical, someone on our team will tackle it.

Tyler: If you’re building an open source, yet profitable business, read this first . Do not begin without understanding licensing details. If you’re not considering open source, consider it. Our community’s contributions have been invaluable, and without them, HabitRPG wouldn’t have survived to today.

Vicky: Read. A lot. Obsessively. Also, learn to balance your own gut with the advice that everyone else gives you — not all advice will apply, but some will, and filtering for the good stuff isn’t always straightforward.

Siena: Don’t discount the importance of community! Don’t just talk AT your users — chat with them, respond to them, and get to know them. The more you know what it is that they want, the better you can make your product, and the more rewarding it is to implement a feature that you know they will love.

Anything else you’d like to say to readers, fans, and users? 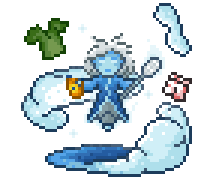 Tyler: For any Lifehacker originals who remember the aforementioned article in 2012 — you’re the reason we took off. Stick with Lifehacker, they’re all right 😉

Vicky: We love you! In a platonic, non-creepy way. Mostly.

Siena: Get in touch with us! Come say hi in the Tavern or in the Newbies Guild. The HabitRPG community is full of a lot of friendly people and we do our best to make it easy to get involved. Plus, since you’re reading this article on Lifehacker, you’ll probably fit right in.