What Happens In Your Body During A ‘Cleanse’ Or ‘Detox’

Juice cleanses, colon cleanses, fruit detoxes, sugar detoxes — we’ve all seen these things, but do they actually work? What are they supposed to do? Let’s take a look at the science behind the fad.

Cleanses and detoxes are trendy, popular, and promise to clear out nasty toxins from your body and make you healthier. It’s a tall promise. So, we decided to talk with Las Vegas-based registered dietitian Andy Bellatti, nutrition researcher Kamal Patel, and science writer and educator Beth Skwarecki to see if they can measure up to the claims.

What Cleanses and Detoxes Promise 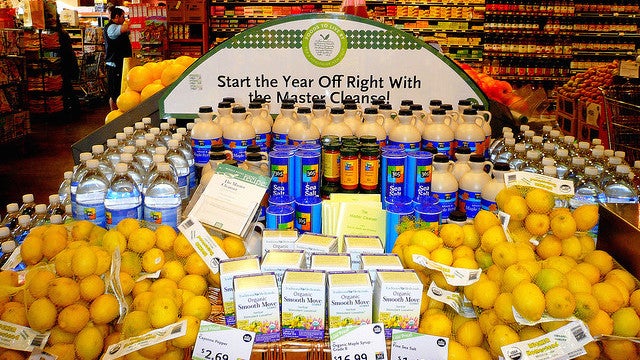 There are lots of different cleanses and detoxes. For the most part, a cleanse and a detox are the same thing. They’re typically used interchangeably and have the same basic goals: to remove “harmful” things from your body. Sometimes, they aim to target a specific organ like the liver or colon, and detoxing supposedly makes you feel better.

There’s no specific definition of a detox or cleanse, but they often involve limiting your food intake to pressed juice, avoiding specific types of food or drinking a concoction of juices that supposedly rids your body of toxins. These supposed toxins are rarely described by cleansers in detail, but generally referred to as “poisons” or “pollutants”. In the medical field, toxins can refer to just about anything, from alcohol, to foods, to medicines, to asbestos. “Detoxing” can also refer to treatment for drug addiction, but that’s very different — here, we’re specifically discussing these food-and-drink cleanses.

There are far too many of these cleanses and detoxes to dig through, but here are 10 that Shape Magazine deemed popular in the last year, to give you an idea of what they’re all about. As an example, let’s take a closer look at the Master Cleanse, one of the most long-standing and popular cleanses out there. Here’s an excerpt from the book that describes exactly how the Master Cleanse works:

The cleanse starts with a herbal laxative tea both morning and evening. If this is not sufficient to clean out the intestinal tract, he advises a salt-water wash. These stops are necessary to remove the toxins loosened by the lemon juice cleanse.

I was then to drink between six and twelve glasses of lemonade, which consisted of lemon and maple syrup in proper proportions, with a small amount of cayenne added to wash out the mucus loosened by the cleanse.

Sounds gross, right? Well, it might be worth it for you if you believe the promises purported by Master Cleanse creator Stanley Burroughs:

For the novice and the advanced student alike, cleansing is basis for elimination of every kind of disease. The purpose of this book is to simplify the cause and the correction of all disorders, regardless of the name or names. As we eliminate and correct one disease, we correct them all, for every disease is corrected by the same process of cleansing and building positive good health.

The hyperbole goes on from there, but you get the idea. Kamal Patel sums most cleanses up like so:

What ties these diets together is a dual aim: weight loss plus a notion that we have built-up toxins in the body which are slowing us down and possibly killing us. So a typical cleanse, let’s say of juices only, is meant to shift your intestines away from digestion and absorption and towards “ridding the body of toxins”. That’s where the benefits are claimed to lie, but they may actually lie elsewhere.

Most cleanses have similar promises, claiming that going on some sort of juice fast (or other cleanse) can free your body of harmful toxins.

What Happens in Your Body When You’re On a Cleanse 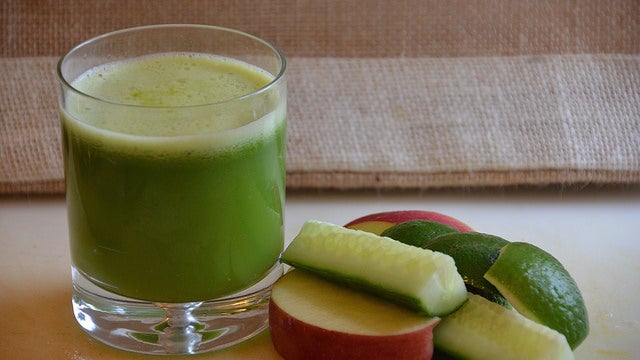 Not really. If you drink nothing but juice for a week, you’ll lose weight, but it’s because you’re not eating, not because your body is “detoxing”. Water is stored in your muscles with glycogen. When you eat a low calorie diet, you use up those glycogen stores and lose the water weight with it. You’ll gain that water weight right back when you return to your normal diet. You’re also missing out on all those other vital nutrients, such as fat, fibre and protein. In fact, some cleanses suggest that you avoid exercise when you’re on them because your caloric intake is so low — which leads to fatigue and dizziness.

After a few days, your body is basically running on fumes, and your body might start to break down muscle tissue instead, due to the lack of protein. Likewise, the lack of fibre in your diet tends to impact the function of your large intestine, which might explain why people tend to describe their gut feelings on a juice cleanse as similar to the stomach flu.

Most importantly, a juice cleanse doesn’t do anything that your body doesn’t already do on its own. Andy Bellatti reminds us that our bodies are already pretty good at removing toxins. If they weren’t, and you needed a yearly detox, we’d all probably be dead:

Will drinking nothing but juice for three or five days land you in the hospital or result in irreversible nutrient deficiencies? No, but it is also unnecessary. Our bodies remove toxins on a daily basis thanks to the kidneys, lungs, and liver. The whole point of going to the bathroom is to flush out toxins!

Beth Skwarecki adds that while most of these cleanses and detoxes aren’t dangerous, they can cause some problems. Since juices don’t include much fibre, the body ends up absorbing more fructose sugar, which — as we all know — isn’t good for you:

The ones that are mostly sugar (like with lots of fruit juices, or the lemonade thing) may put you on a sugar crash roller coaster and negate the potential good effects of fasting that have to do with insulin sensitivity and such.

The good news on depriving yourself is that it takes months to get any serious vitamin deficiencies. Most of these cleanses are probably stupid but not seriously harmful (if all you’re doing is restricting food for a few days). As for the claims of eliminating toxins, well, even the ones that name specific toxins don’t actually give any mechanism by which the diet/herbs they’re pushing affect what your body does with them.

Skwarecki’s final point is key: most commercial detoxes don’t list what a toxin is. Even when they do, they don’t give evidence that they work. If they did, we could test the effectiveness of their claims. In a 2009 investigation by Sense about Science, they checked 15 commercial detox products and found that none could name toxins, agree on a definition of detox or supply any evidence for their claims.

All of this is to say that the only thing a detox or juice cleanse actually does to your body is make you hungry and nutrient-deprived for a few days. 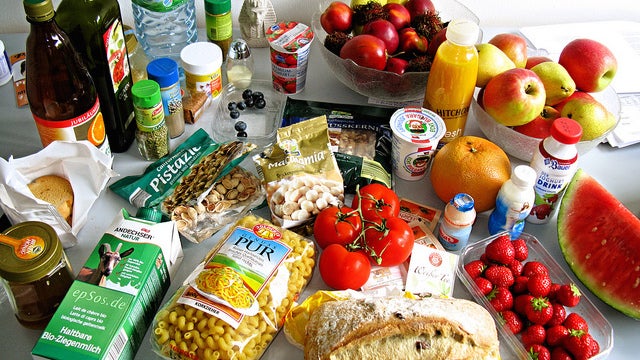 So, cleanses don’t really do anything productive, and a special juice mixture won’t remove toxins from your system. That doesn’t mean you can’t do other things to get your health back on track.

In fact, the idea of a cleanse is basically just a reboot of your diet, which Bellatti agrees with:

There is something to be said for doing “food resets.” That is, going back to the basic tenets of healthful eating (mainly eating whole, minimally processed, largely plant-based foods) to reaccustom the taste buds to more subtle flavours. That, however, should not be confused with a cleanse.

But he does add:

Nutrition and health is about the big picture. What you do for five or seven days out of the year is pretty inconsequential.

Rather than worry about ‘detoxing’, people would be better off thinking about eating nutritious, health-promoting foods on a daily basis. Think leafy greens, beans, whole fruit, nuts and seeds. The idea that six months of unhealthy eating can somehow be remedied by drinking nothing but green juice for 72 hours is erroneous.

Likewise, an actual fast, as in just drinking water, has some research showing that it’s useful. Patel explains:

Cleanses sometimes involve fasting or near-fasting, and that can actually have benefits, unless you have medical conditions or do it for too long. There is ample research demonstrating the effect of fasting on longevity; how fasting promotes autophagy, reduces mitochondrial oxidative stress, general decrease in signals associated with ageing, and the potential to prevent and treat chronic illness, at least on some level. “Intermittent fasting” may be a viable option for those otherwise looking at specific cleanse diets. You basically limit eating to a few hours a day (typically around 8). That is a simple and sustainable way of eating, and doesn’t involve buying cleanse products.

Health and nutrition might seem like a confusing mess, but a healthy diet is really all you need. Not a gimmick, not a week long cleanse, not a detox. You’ll need a full reboot of your diet.

Kamal Patel is the director of Examine.com. He’s a nutrition researcher with an MPH and MBA from Johns Hopkins University, and is on hiatus from a PhD in nutrition in which he researched the link between diet and chronic pain. He has published peer-reviewed articles on vitamin D and calcium as well as a variety of clinical research topics. Kamal has also been involved in research on fructose and liver health, mindfulness meditation, and nutrition in low income areas. Examine.com and Kamal are both on Facebook.

Beth Skwarecki is a science writer and educator. Her work has appeared in Scientific American,PLOS Public Health Perspectives, and the Pittsburgh Post-Gazette. You can find more of her work in her portfolio here, and you can follow her on Twitter at @BethSkw.

Andy Bellatti, MS, RD, is a dietitian and the author of the nutrition blog Small Bites. You can follow him on Twitter at @andybellatti.