Most Popular Entertainment Posts Of 2014

You have no excuse to be bored these days — from online TV to streaming music to games, there are more options than ever. These are the 10 most popular Entertainment posts from Lifehacker in 2014. Note: contains Game Of Thrones.

However you choose to couch it, Game Of Thrones isn’t coming back for a bloody long time. If you’re suffering from withdrawals already, you’re clearly going to need a substitute to get you through the winter. Here are ten recommendations from Lifehacker’s chief fantasy nerd that will appease any GoT fan. Epic fight scenes, nail-biting betrayals, gratuitous nooky – you’ll find it all here!

How To (Legally) Binge Watch Game Of Thrones Season 4 The fourth and arguably best season of Game Of Thrones has just ended its run on Foxtel. You can now purchase the show from other content providers without paying an exorbitant monthly fee. Here are the details and pricing for each option, along with our verdict for which is best.

How To Watch Game Of Thrones In Australia Without iTunes

When Game Of Thrones returns to Australian screens in April, you’ll no longer have the option of buying the episodes on iTunes shortly after transmission. Here’s what you can do instead.

Build The Perfect Media Centre For $600

Chances are your home theatre system is a mess, with multiple devices hooked into it your TV (Blu-Ray player, laptop, digital tuner and the rest). Here’s how I rolled all those devices into one awesome media centre that costs less than $600 to build.

FreeviewPlus: Everything You Need To Know After numerous delays and a lot of confusion, FreeviewPlus finally launches officially in Australia today. Is this Internet-enhanced catch-up service the future of TV viewing, or is it a case of too little too late? 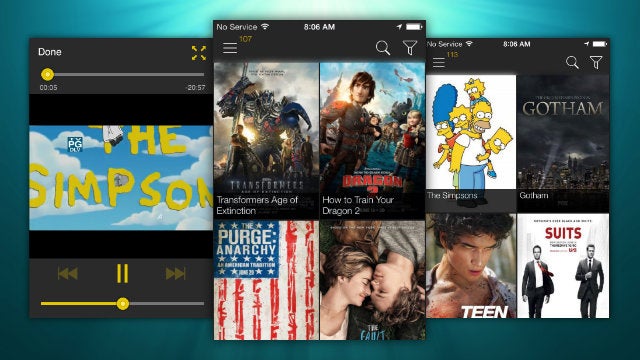 iOS: Yesterday, the popular streaming app Popcorn Time made its way to iOS on jailbroken devices. If you’re not jailbroken but still want to get in on the action, MovieBox is a similar app that you can install on any device.

Ask LH: Why Isn’t Game Of Thrones Season 4 On iTunes Yet?

Hey Lifehacker, When is season 4 of Game Of Thrones coming to iTunes?

How Many People Use Netflix In Australia? Netflix is rumoured to enter Australia early next year (that was later essentially confirmed), but that doesn’t stop a few enterprising Australians from accessing it now. Actually, it’s more than a few.

Getflix Is A Fast, Affordable Gateway To Geo-Blocked Movies And TV Shows Online region-blocking is a primitive annoyance that attempts to restrict Aussies from accessing overseas content — even if you’re willing to pay for it. Thankfully, it’s not too difficult to circumvent. One of the latest outfits to offer a sneaky backdoor pass is Getflix; an Australian-run service with its own DNS servers. It’s one of the fastest solutions available and also surprisingly cheap, with prices starting at just $2.45 per month.