Get Better At Habits Every Week With The Habit Sprint 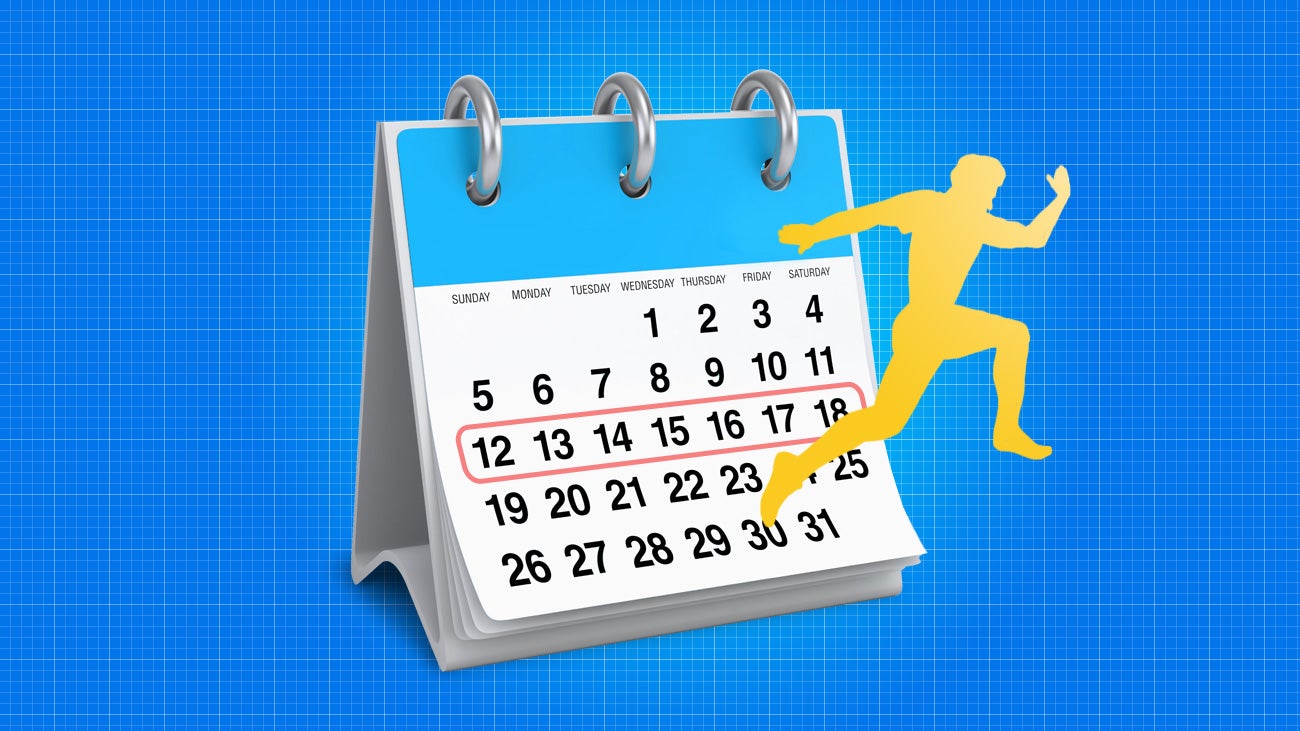 One of the problems most people face when creating new habits is that when things go wrong, the habit change falls apart. That's because every habit plan starts out as a fantasy: "this is how I hope things will go." And then when reality gets in the way, the plan breaks.

I've come up with a new method of creating habits that I've found to be incredibly effective at fixing this problem: the Habit Sprint.

I've been coaching thousands of people to change their habits, and in doing so, I stole this idea from the Scrum method of agile software development. In Scrum, a team will work on a project for a defined period (say, one week) and then revise its method/plan based on what obstacles got in the way. In this process, the team gets better and better each week — it accelerates its output by removing obstacles.

From this, the Habit Sprint was born. Here's how it works:

If you keep doing this, your habit plan will become better and better, and more accommodating of your real-world circumstances. Habit plans are always an ideal, but when we fail, we believe the problem is us. In actuality, the plan was just not well suited for the reality of your life. This method overcomes that by making the plan better and better fitted to your reality. And you'll get better and better at forming those habits.

Let's dive into the details.

Before you start your habit change, create a simple plan. It's a horrible idea to just say, "I'm going to start running this week" and then hope it happens.

Instead, your Habit Plan should include:

Those are the basics to start with, but your habit plan will evolve with each weekly review. Your goal should be to do the habit for six or seven days the first week.

After each Habit Sprint — ideally, one week — do a review:

Come up with solutions to your obstacles, and add them to your Habit Plan. They don't have to be perfect solutions, because if they don't work, you'll find out in future reviews. Lifehacker has some amazing habit solutions, and I include a few dozen in my new book, Zen Habits.

Do the review even if you missed most or even all the days this week. Missing days is not the failure — the real failure is not doing the review and learning from your mistakes. So make the review mandatory.

Getting Better At The Habit

As long as you do the review, you'll get better. Not feeling motivated? Add some accountability and consequences. Don't have enough time? Make the habit smaller — two minutes instead of 15. Not having fun? Do the habit with a friend or turn it into a game. Every failure is an opportunity to learn about habit creation, about yourself, and about getting better.

If you do four or five Habit Sprints with the same habit, you'll be five times better at the habit at the end of that period than you were at the beginning. If you can string together four or five Habit Sprints where you have a 80-90% success rate, you are ready to put that habit into maintenance mode (less energy and focus, but still going) and take on a second habit.

Even if you eventually drop the habit, you'll have learned a lot through the Habit Sprints you've done, and you can apply those lessons to your next habit. In this way, you'll get better at habits even with habits that fail. And soon, you'll be a habit master.

Leo Babauta is the creator and writer of Zen Habits. He's married with six kids, lives in San Francisco (previously Guam), and is a runner and a vegan. Read more about him: My Story.