Why It's Worth Job Hopping In Your 20s 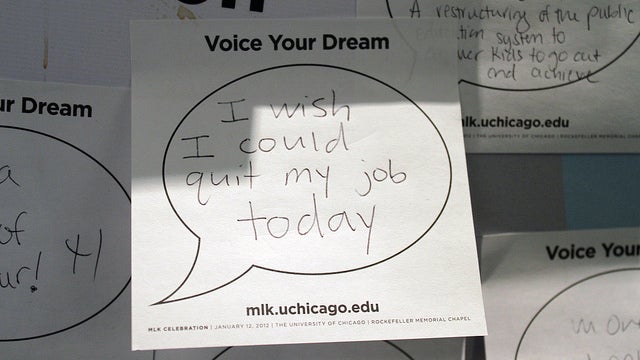 We're always told that job hopping is bad for a career, but The Atlantic points out that during your 20s, it's actually a really good idea.

On paper, it probably seems like a good idea to find a good company and commit to it as quickly as possible. However, it turns out a more wayward approach might be more beneficial in the long term. According to a new study by the National Bureau of Economic Research, when you switch between jobs early in your career, you tend to end up with higher wages in your prime working years and a job you're happier with. The Atlantic breaks it down like so:

"People who switch jobs more frequently early in their careers tend to have higher wages and incomes in their prime-working years," said Siu, a professor at the Vancouver School of Economics. "Job-hopping is actually correlated with higher incomes, because people have found better matches — their true calling."

"True calling" is a messy term, since (a) job mastery, (b) job satisfaction and (c) compensation don't always line up. There are talented yet miserable investment bankers (a and c, not b), talented and fulfilled public-school teachers (a and b, not c), and several shan't-be-named general managers of professional sports teams (b and c, not a). But overall, Siu said, adults who switch jobs multiple times are more likely to find a position in their prime-work years where they earn a higher wage and have a lower chance of quitting. (As always, causality is difficult to prove: Perhaps pro-active behaviour leads to both higher wages and a greater likelihood of quitting.)

The point isn't that you should quit your job today and find something else. If you're happy, stick around. But don't feel guilty about trying new jobs at new companies, even if people tell it's not responsible.

Quit Your Job [The Atlantic]