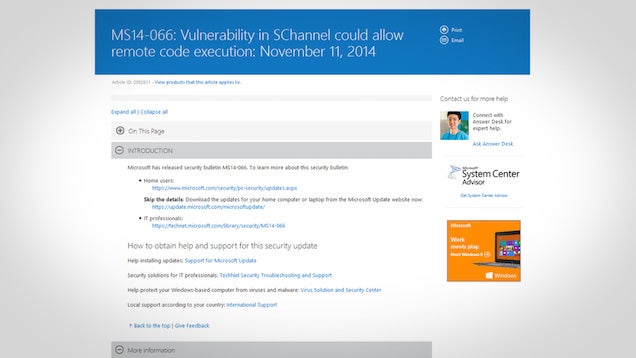 Microsoft has released a critical patch via Windows Update today that seals up a vulnerability that affects every modern version of Windows, including Windows Server 2003/2008/2012, Vista, 7, 8, 8.1 and Windows RT.

The patch, dubbed MS14-066, shores up a hole that would have allowed an attacker to remotely trigger code on your machine using specially crafted packets. Microsoft says it doesn’t know of any exploits that have actually used this, but it’s still a good idea to get the patch installed before there’s a problem.

This isn’t too different from any other security patch, but the sheer number of machines affected means it’s good to make sure your system is up to date. You can grab the patch from Windows Update right now.