Marksy Translates One Markup Language To Another In Chrome 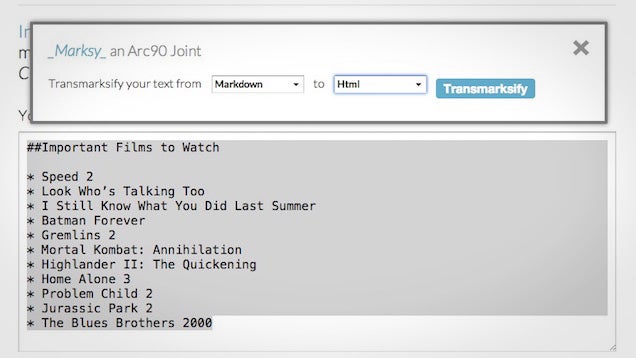 Chrome: If you write a lot for the web, then you're probably doing a lot of switching between various markup languages. If there's one you tend to prefer more than another, then Marksy is a Chrome extension that makes converting between different languages easy.

Marksy can convert between Markdown, RST, Textile, HTML, Mediawiki, GitHub, Jira, Googlecode, Jspwiki, Moinmoin and Trac. Just write up a block of text in the markup language of your choice, load up Marksy, and hit the convert button to change it over. If you don't feel like installing an extension, you can also do conversions over on the Marksy site.