Google Calendar For Android Has An Inbox-Inspired Makeover 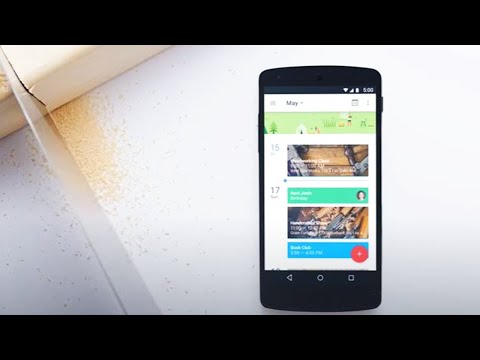 This version of Calendar adds Assists, an option we’ve already seen in the Inbox app. Assists will automatically try and complete appointments for you if you make them regularly, and will pop up relevant boxes depending on what you’re trying to do.

The other key feature in the new version is the ability to automatically convert emails listing flight bookings, hotel reservations or concert tickets into the relevant appointment on your calendar, and update those appointments if Google detects any changes. How well both features work will undoubtedly vary, but Google’s track record with Google Now means it should be reasonable. There’s also an enhanced Schedule View which incorporates photos of location appointments.

The updated app is already available for any devices running Android 5.0 Lollipop. Google says users of Android 4.1 and above will be able to download it from Google Play “in the coming weeks”, though if history is any guide copies of the installable .APK file will start floating around online before that. Google also says an update to add the features to iOS is in the works.