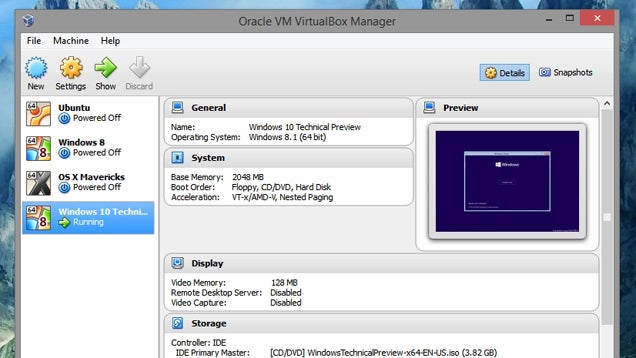 One of the more popular ways to test beta operating systems is to run them as a virtual machine, meaning that you’re not putting your main system at risk. With the Windows 10 Technical Preview, it seems not too many people are doing that.

In a blog post about the preview program, operating systems group VP Joe Belfiore notes that while 1 million people have registered to test Windows 10, only 36 per cent appear to be running it as a virtual machine.

Belfiore says that’s a good thing, since it means that users are more likely to be spending time running Windows 10 rather than merely testing it for a few minutes. That seems like something of an oversimplification: people who install Windows 10 on a spare older machine won’t necessarily be more engaged. It’s also probable that more VM tests will begin as the product matures: while Windows 10 can certainly be run as a virtualised environment, that’s likely to be a buggier experience in the short term.