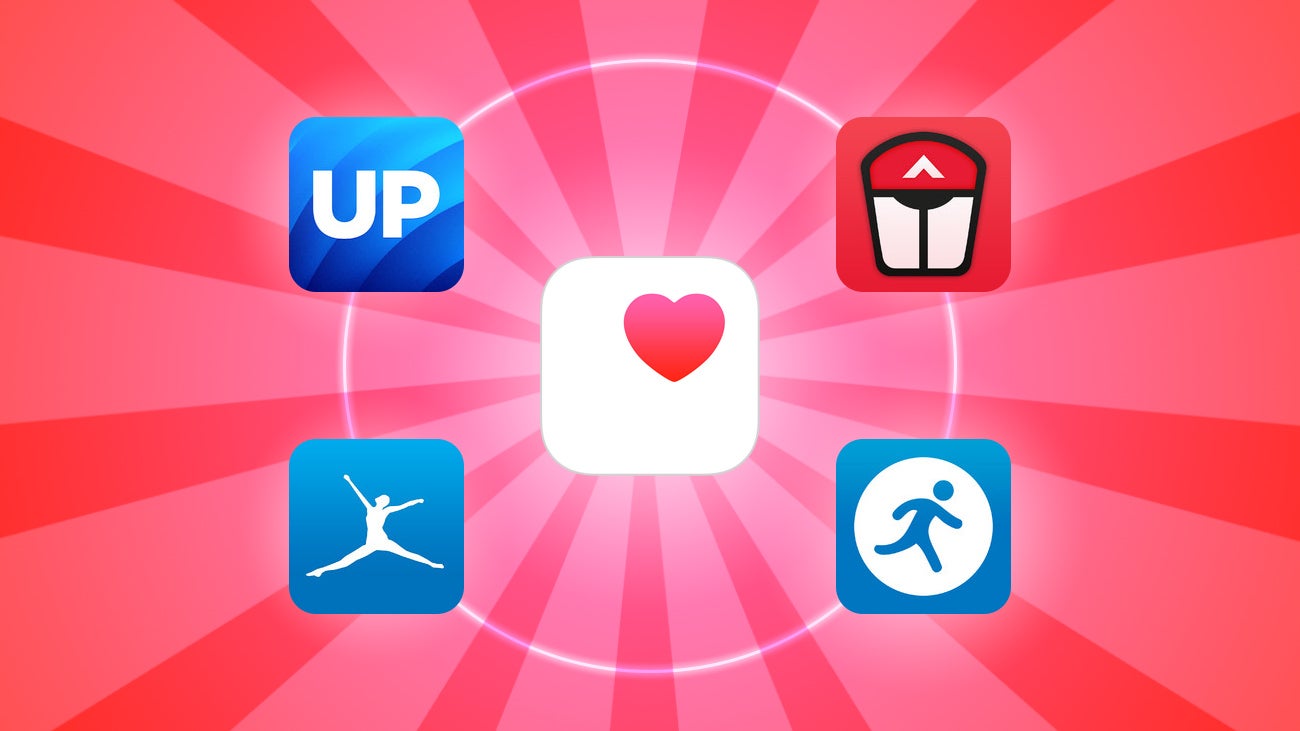 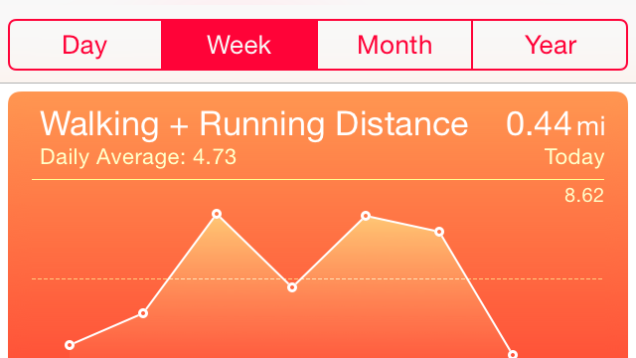 Healthkit is a new tool that allows app developers to integrate the data they collect with other apps and with the Apple Health app. This means that any data your health app collects — whether that’s tracking sleep, steps, exercise or whatever else — can automatically be shared with the Health app or with other third-party apps. Essentially, Health collates all the data you’re already tracking into one place.

Inside Apple’s Health app you can track all kinds of stuff manually, from calories to body measurements. You can also set up a Medical ID so that if you’re taken to the hospital the doctors can get a quick glimpse at your information. But manual tracking is boring. What makes Health interesting is how it can take data from third-party developers and display it all in one place.

When iOS 8 first launched, there was a problem with Healthkit that prevented apps from taking advantage of it. Now, the quirks are worked out and apps are starting to appear in the store. While the list is still pretty short at this point, it will likely get longer over time as more apps take advantage of the new feature. 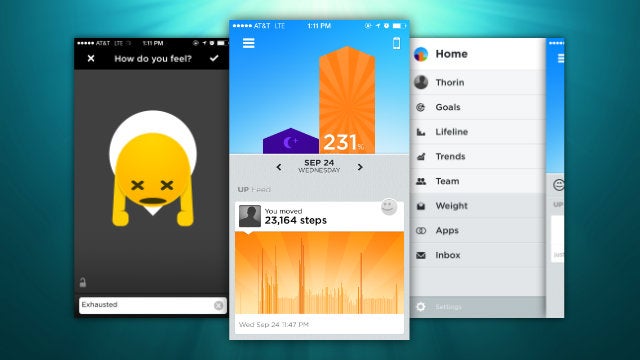 The original version of Jawbone’s UP app only worked if you also had an Jawbone fitness tracker, but a new app makes it useable by anyone with an iPhone 5s or iPhone 6. With the new version of the app, you can track steps, sleep and food intake. As with previous iterations of the app, you can track your friends’ progress, connect the app to other apps (including RunKeeper and IFTTT), and set up alerts to remind you to monitor your health. All that data is sent over to the Health app so you can see it all in one place. 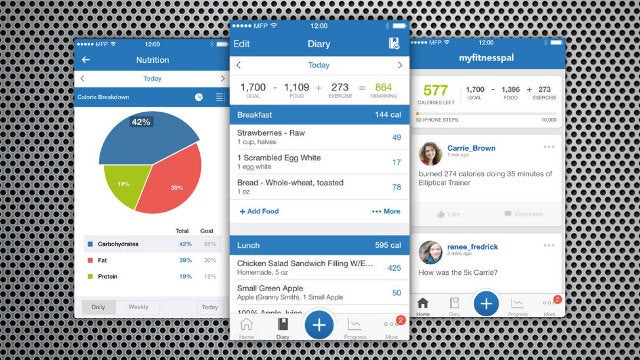 MyFitnessPal is a massive app that tracks a lot of different exercises and foods. As you’d expect, you’ll need to manually enter your data, but the integration with Health makes that a little more useful since you can see everything you’re doing in one place. 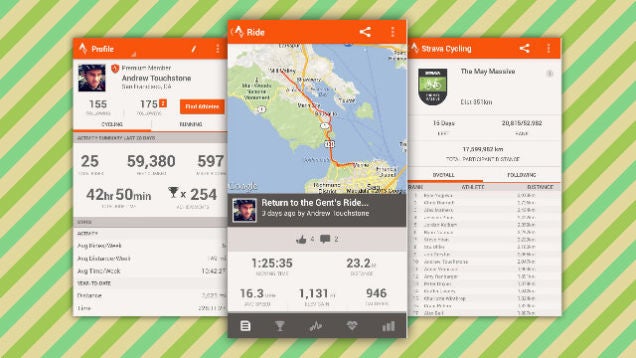 Endomondo, Strava and MapMyRun are some of the better running and cycling tracking apps. Start up the app and you can log your travels with GPS. The new Healthkit integration makes it so all that data is collated into the Health app so you can get a nice overview of your general health.

CARROT Fit is a fantastic little app for tracking your steps and weight, and pushing you to exercise. CARROT Fit shames you into exercising, so it’s less about making you feel good and more about making you feel guilty. It’s certainly not for everyone, but it works for some people. The new Healthkit integration ensures everything logged in the app gets sent over to Health. Even better, CARROT Fit monitors what other apps send to Health and comments on what you’re doing. 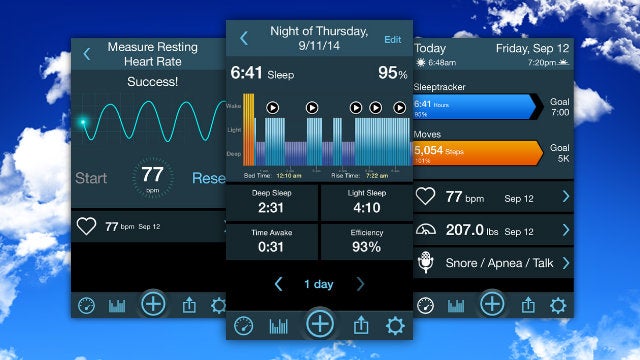 You have a lot of options for sleep tracking apps, but Motion 24/7 Sleeptracker is the first to integrate with Healthkit. On top of sleep monitoring, Motion 24/7 also tracks your snoring and heart rate. All that data gets kicked over to Health so you can view it in combination with your exercise and eating stats. 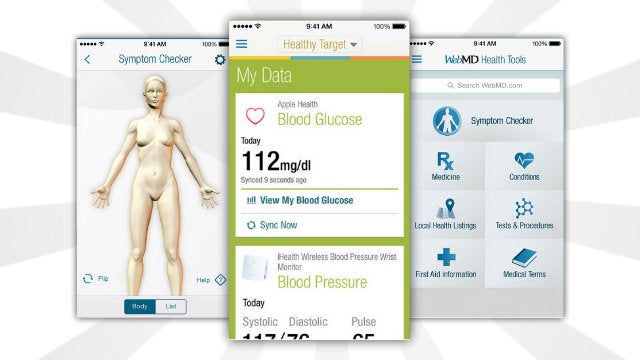 WebMD’s iOS app gets Healthkit in the form of its Healthy Target program. You can set it up to integrate with your Health data and get insights into what to actually do with the information you collect. It’s hard to say how this will work in the long term, but it’s an interesting idea. 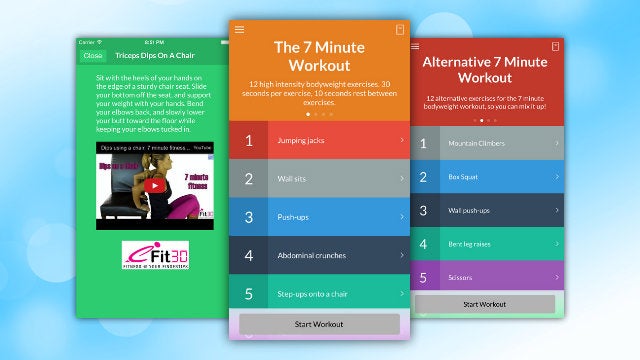 7 Minute Workout takes the popular quick workout and turns it into an app. It times your exercise, guides you through the process, and provides instructional videos for each exercise. The app integrates with Health by sending over your workout data and stats each time to workout.