How To Turn Your Laziness Into Efficiency

They say necessity is the mother of invention, but if that’s the case, laziness must be its father. After all, the beauty of laziness is that you’d rather do something you want to do — even if that’s nothing — than work. Let’s harness that desire and use it to be productive — -so you have more time to kick back, of course.

We’ve shown you before how to master the art of looking busy, but this time we’re approaching things a little differently. Instead of just looking busy, this time we’re talking about how to use your laziness as a force — -one that looks to everyone else like it’s a force for good, but in reality is really, really evil.

Your Desire To Do Nothing Is A Powerful Weapon: Use It 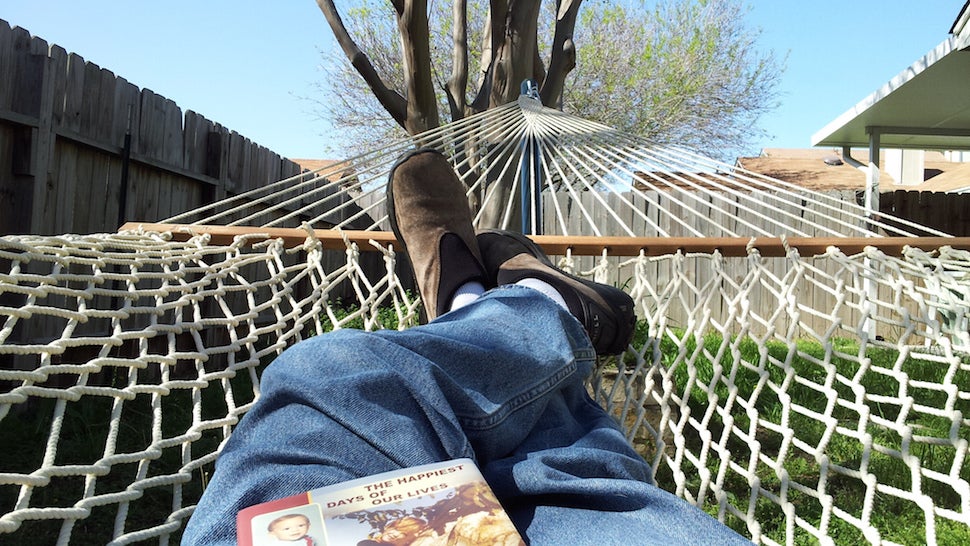 I like to think I’m a pretty productive, prolific person. I do manage to get a lot of things done on an average day, but the truth is I’m pretty lazy. I’d rather be doing just about anything than just sitting at my desk working, whether it’s playing video games, taking a nap, contemplating the state of existence, whatever.

The key to having more time for those kick-back-and-do-anything-else moments is to get everything else done as quickly as humanly possible. I’ve found that my desire to do things other than work (as much as I love what I do) is a pretty powerful driver to get through my to-do list.

You can harness that power, too. Remember, the goal of “productivity” isn’t to just do things and do more work — it’s to get the things you have to do done so you can spend more time on the things you want to do. At its heart, being productive is all about maximising you time to for however you want to spend your time. For some people, that means passion projects like coding or crafting. For others, that means spending time with family or friends. For a few others, that means being flat out lazy and relaxing on the couch watching TV.

If that sounds like you, hone in on that laziness. Let the lazy flow through you, and seek the path of least resistance that still gets you to your goals. Often you’ll find that path is the most sustainable, easiest to retread and turn into a habit, and even if it’s not the fastest or the one with the “noblest struggle,” you got there all the same — and that’s what counts in the end.

Use Your Laziness As A Reminder 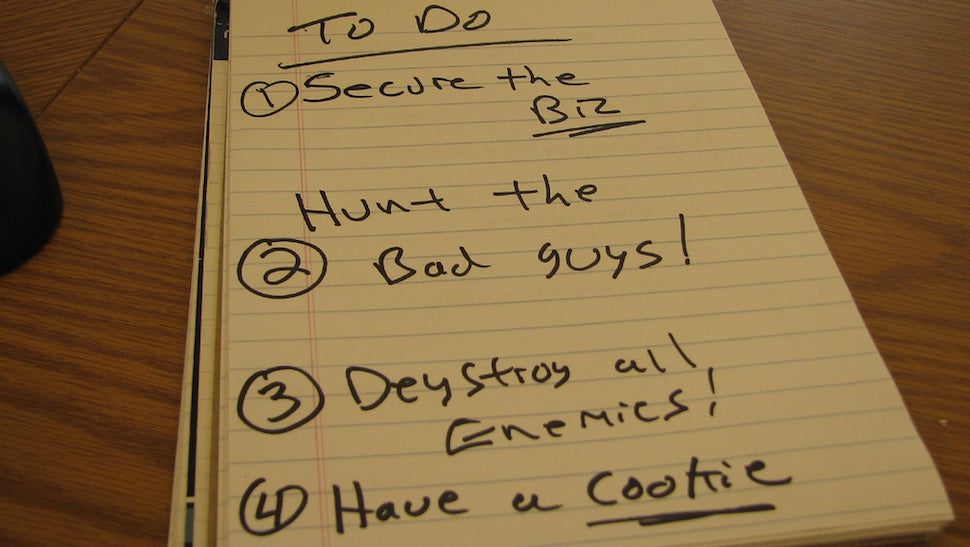 Thinking of the things you’d rather do can be a powerful motivator. You shouldn’t go so far as to add “watch TV” to your to-do list, though. As soon as you make it a thing you HAVE to do, it’s just another thing to check off. Instead give yourself pleasant reminders over the course of your day that laziness awaits. Change your phone wallpaper to the show you’re currently watching, if that appeals to you. Mentally plan for a nap as soon as you get up and use it as something to drive you through until you can slip away for one. Clear off your calendar so you can work from home tomorrow and kick back on the couch with your laptop instead of dressing up and commuting into the office.

You’d be surprised how much you accomplish if you plan to slack a little bit in advance. Whatever it is you’d rather be doing, keep it front and centre so you’re drawn to it, but not so much that you just stop and give up what you’re supposed to do. Remember, you want to walk the line between being productive and slacking off — not just slack off.

I like to keep an Xbox controller just out of reach near my desk. I have it plugged in to the computer (the one I don’t use for work) and if I have a break, I’ll fire up some old arcade games and play. Some days one glance at that controller is enough to make me find some time to take a break, even if I have to work harder in the morning to get play time in the afternoon. Let yourself be motivated by your laziness, and then reward that motivation with your preferred time-waster once you’ve made room for it. You’ll find it’s pretty addictive.

Know When To Cut Corners 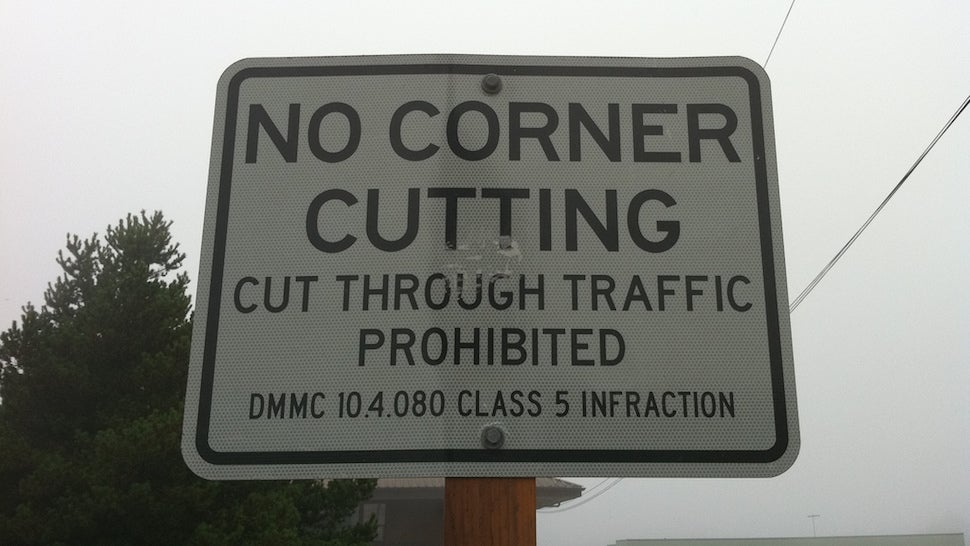 So beyond working harder to have more time for fun, where does the laziness come in? Easy: You have to know when going the distance is warranted, versus when you can cut the corner, drive on the grass, and hop back on the road in front of everyone else. Let’s be clear — there are times when it’s OK to do this, and times when it’s really not, especially when matters are important. Deciding to skip out on the monthly all-hands meeting at the office so you can take a longer lunch or sleep in is one thing. Doing your own electrical work because “eh I have some electrical tape and it will take me just a second” is a horrible idea (not to mention illegal in Australia).

The key is to remember the impact of your corner cutting and the visibility of the work. If it’s something no one’s ever going to notice — like whether you replied to a long email thread or sent out a report by COB Friday versus first thing Monday, then by all means, save yourself the time and energy. That kind of thing can wait. However, if there’s a debate raging on a project you’re in charge of, or someone’s waiting on you to get their work done, you should probably get right on it.

Of course, whether you need to put in 110% is another matter. Sometimes it’s more important to get someone something in a timely manner than get them everything at once. One of the first rules of inflating tasks and extending due dates is to deal in deliverables — not deadlines. This gives you control over what you provide and when, so you can maximise your lazytime. It also gives you the ability to separate what’s visible from what’s not, so you know when to put in extra effort, and when good enough can carry the day.

Use Procrastination (And Silence) Effectively 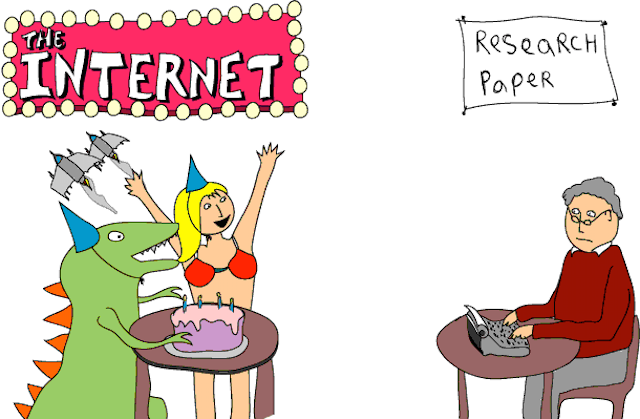 Work never stops. Every day there’s more to do, more things that need your attention, more people who want something from you. Normally most of us assume the only way out is to get out of work or take a vacation. One of the best things you can do — whether you’re trying to be actually productive or just make time to be lazy — is to learn which things really need your attention, and which things will just go away if you leave them alone or put them off.

Sometimes just putting something off for a bit will eliminate the need for it entirely, or get the issue to solve itself. In many cases, the most powerful weapon you have is silence — and some of the most productive people in any field use it liberally.

Next time a panicked email addressed to everyone on your team comes in after hours, let it set. Someone else will probably reply, and even if they don’t, you have plausible deniability unless it was addressed to you (and even then, you still might.) If it’s something they should know, they may even figure it out themselves. Then you can stroll in the next day, mention that you saw it that morning, and offer to help if they still need it.

The same goes for someone who asks you to move equipment around in a warehouse — if you know the entire area will be cleared by the night shift in a few days, you can put off their request just long enough to avoid it entirely. Then you can focus on something else — or nothing, if you prefer.

Remember, the goal here is to use your lazy powers for good — mutual good, anyway. Your real goal is to kick back and do what you want to do, or clear out your day so you can spend more time on your own priorities, but no one else has to know that. All they need to know is that you’re motivated and you seem to get so much done that it’s remarkable. Sometimes that’s is the key to people thinking you’re a miracle worker while you’re really super lazy — and there’s no reason you can’t be two things.