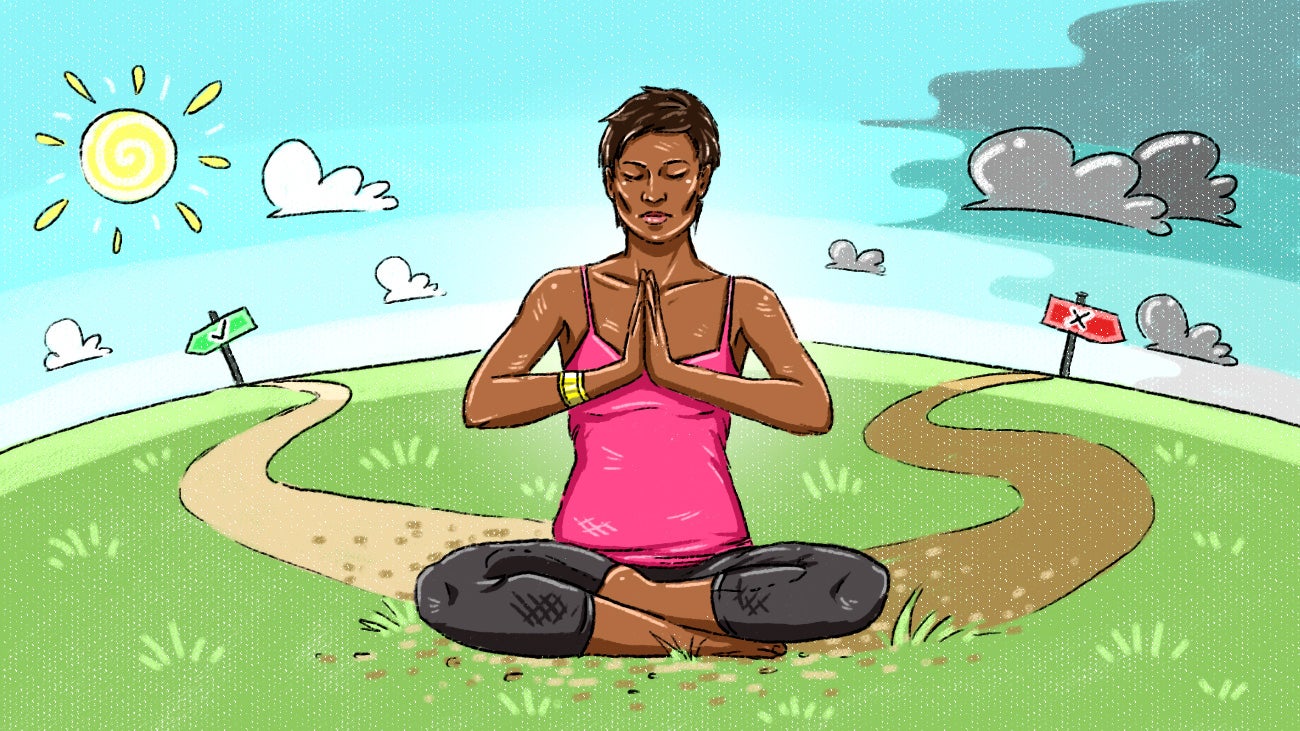 You’ve probably heard that meditation can be beneficial, but how much do you actually know about it? Many aspects of meditation are often misunderstood or misinterpreted. Let’s debunk some of these myths so you can start reaping the rewards.

Myth: Meditation is About Clearing Your Mind of All Thoughts 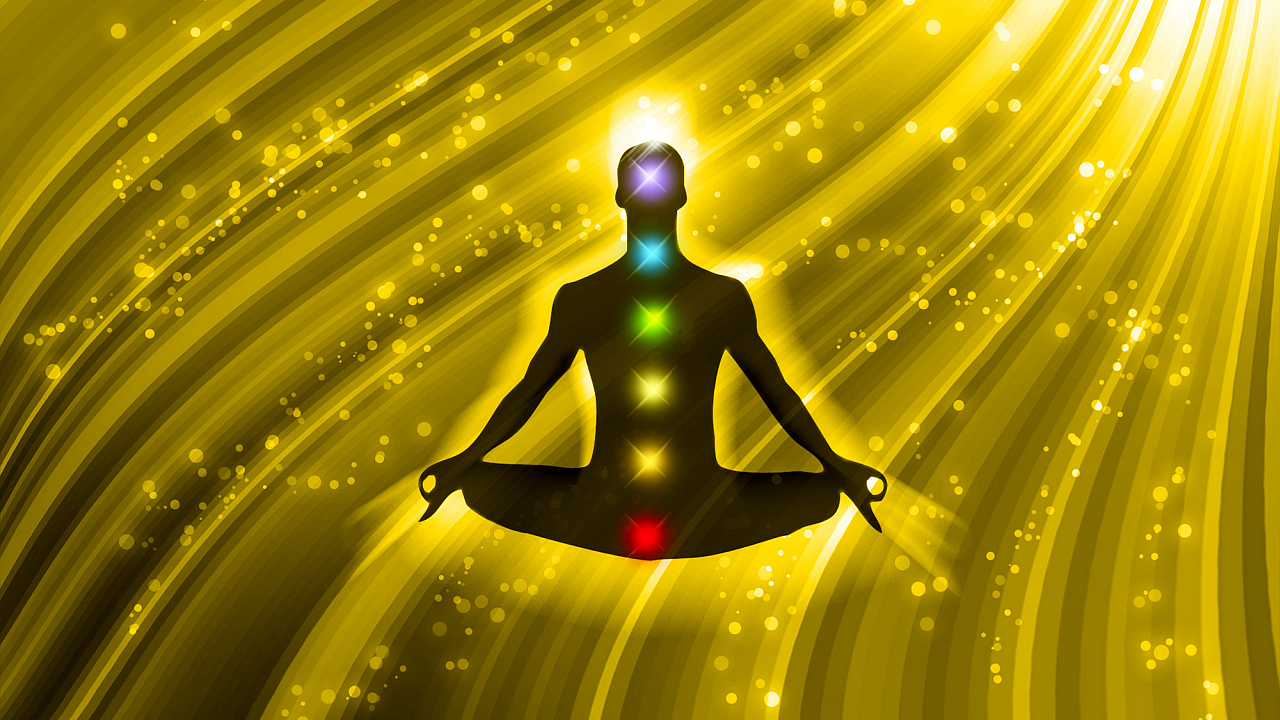 In its purest form, meditation is about focusing on emptiness. However, you don’t have to do that. Meditation is effective as long as you merely minimise distracting thoughts.

People think the goal of meditation is to empty the mind. It’s not about clearing the mind; it’s about focusing on one thing. When the mind wanders, the meditation isn’t a failure. Our brain is like a wayward puppy, out of control. Catching it and putting it back to the object of focus is the mediation.

It can be as simple as focusing on your breath, which is my favourite technique for accessible meditation. Count one when you inhale, two when you exhale and keep going. As you breathe, your mind will wander and other thoughts will come rushing to you. The trick is to not let those thoughts fester; make a conscious effort to always go back and focus on your breathing.

Myth: You Need to Be Religious to Meditate 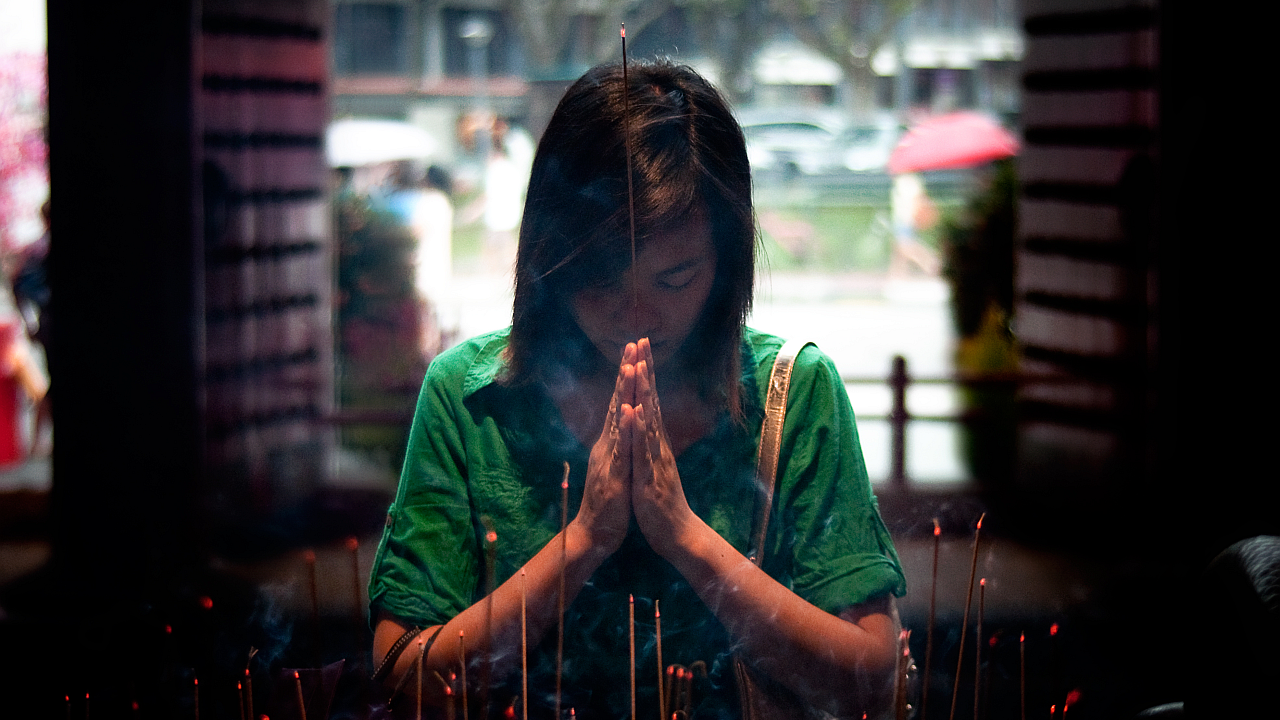 Meditation has roots in ancient Buddhist and Hindu philosophy, but by no means does it require you to be religious. Even the Dalai Lama says you can be a believer or a non-believer and yet meditate. The New York Times says:

Though the concept originates in ancient Buddhist, Hindu and Chinese traditions, when it comes to experimental psychology, mindfulness is less about spirituality and more about concentration: the ability to quiet your mind, focus your attention on the present, and dismiss any distractions that come your way.

Like with any such ancient practice, religious elements can creep into meditation, like chanting the mantra “Om“. However, the word doesn’t matter; the benefit lies in repeating any word, according Harvard physician Herbert Benson, who wrote about his studies on the matter in The Relaxation Response. Meditation guide Olivia Rosewood summarises his ideas:

What’s interesting about these studies is that they have found it doesn’t matter what you repeat, whether it is Hail Mary’s, Sankrit mantras, or your mother’s maiden name. It is the repetition for at least 20 minutes that leads to pronounced responses of peace in the body and mind. 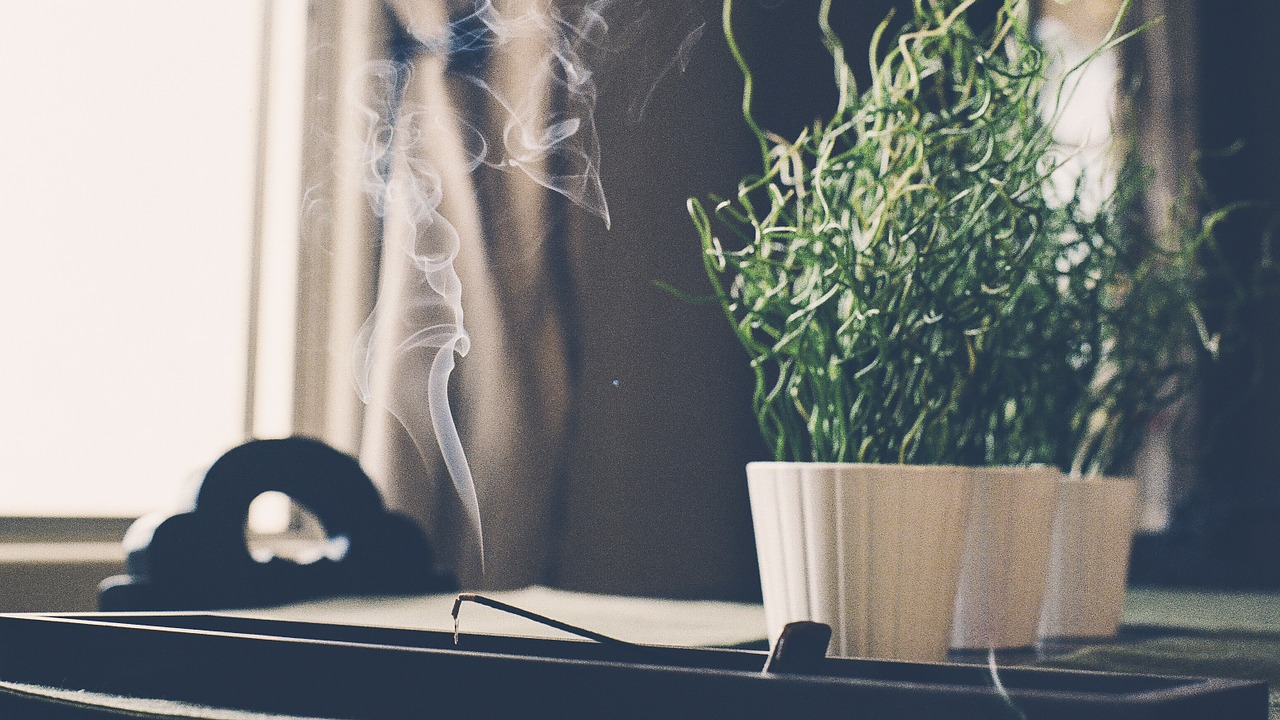 With exercising, it helps when you have a dedicated time block, a space like a gym, equipment like the right gloves, and something like music to keep you company. But could you still exercise without those? Of course. Meditation works the same way. Time, space, incense, music and other paraphernalia can be helpful aids to some people, but they aren’t crucial to meditating.

You actually don’t need anything but yourself. Singular focus without distractions can come in many ways. Some people liken driving to meditation, others say playing a musical instrument is a meditative experience for them. I often meditate on commutes, despite all the external stimuli that have the potential to derail such a state. You can meditate in a short break at work, or just the elevator ride up. Heck, even three rings of a phone is enough for a quick mindfulness break.

That said, use any element that helps you meditate. For example, Buddhify is a great app to learn meditation and it can be used anywhere, at any time. Listening to Nick Drake works like a charm for me. I know people who swear by Eckhart Tolle’smeditation visualisation techniques. Just don’t be dependent on it, and know that you can meditate even without those. 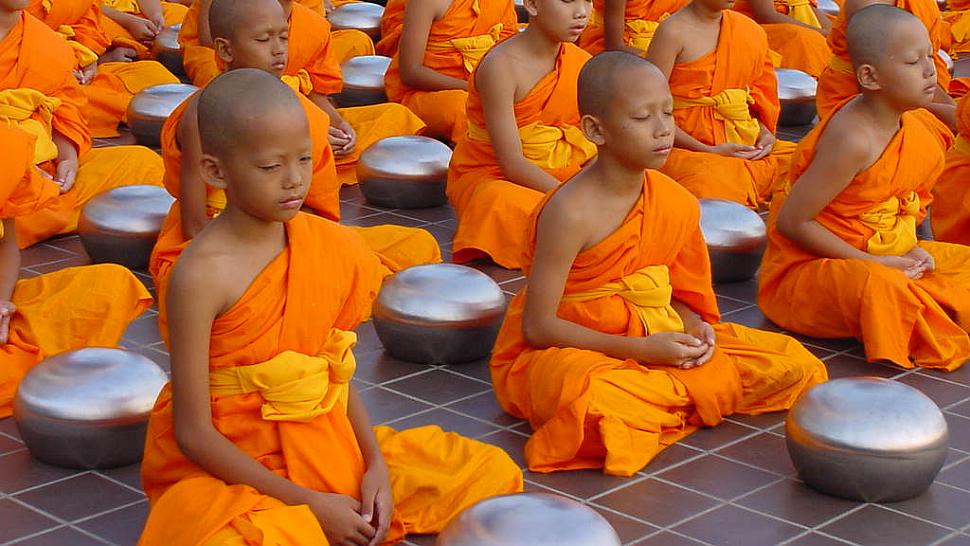 Meditation doesn’t have “kilos lost” or other statistics to gauge its impact easily, but studies show even eight weeks of practice can boost your brain. Newcomers show lesser anxiety, better creativity, an ability to remember more things; in fact, there are several benefits for a brain that meditates. Get rid of the notion of being “good” at meditation and just start doing it. It’s something to practice regularly, even if you can’t quantify the results.

Of course, regular practice makes you better at meditation. In this case, “better” means you’ll be able to get into a meditative state faster. Distractions will affect you less. You’ll be able to dismiss thoughts more easily. Think of it this way: calmness is a state of mind. With practice, you will feel calm quicker than before and for a longer time. But you won’t feel “calmer”.

Myth: Meditation is Only About That Moment, And Then You Get Back to Life 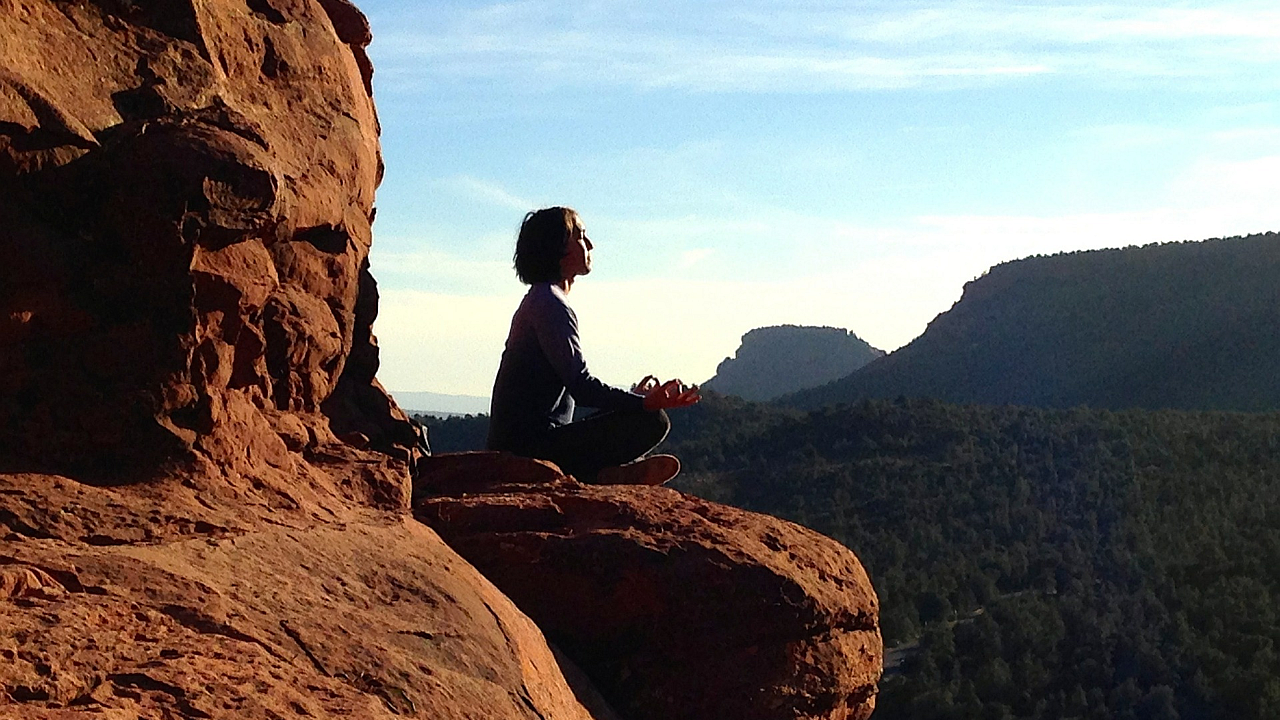 The effects of mindfulness meditation last beyond the time you are practicing it, but how long is subjective. As the Dalai Lama puts it, the post-meditation period is important:

I often give the example of how we should relate to our neighbours. Imagine that you are living in a particular part of town where interaction with your neighbours is almost impossible, and yet it is actually better if you do interact with them rather than ignore them. To do so in the wisest way depends on how well you understand your neighbours’ personality. If, for example, the man living next door is very resourceful, then being friendly and communicating with him will be to your benefit. At the same time, if you know that deep down he can also be quite tricky, that knowledge is invaluable if you are to maintain a cordial relationship and be vigilant so that he does not take advantage of you. Likewise, once you have a deeper understanding of the nature of reality, then in post-meditation, when you actually engage with the world, you will relate to people and things in a much more appropriate and realistic manner.

Essentially, even though the stresses and anxieties of life never really go away, meditation helps you deal with them. By raising self-awareness and calming your mind, you are better equipped to tackle the tough times.

Our beginner’s guide to meditation is a great place to start practicing mindfulness meditation. If you want to go more in-depth, the Dalai Lama’s Stages of Meditation is the most recommended book on the subject.