The Data You Can (And Can't) Trust From Your Fitness Tracker 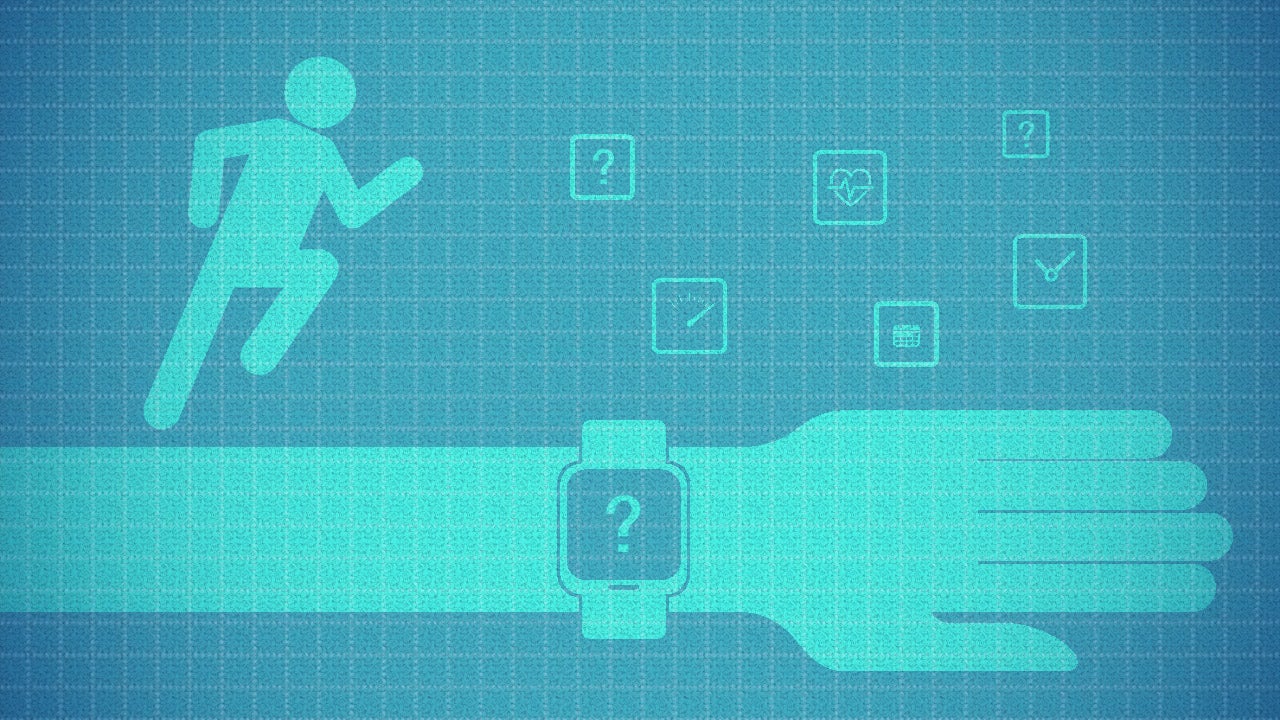 Everyone is on the fitness tracking bandwagon. The Apple Watch will track your heartbeat, steps and activity. The Fitbit and Fuelband have been doing similar things for years. But they aren't perfect. At best, the data is good encouragement, but at worst, it's unreliable and misleading. Here's why all that data doesn't equal better health, and what you actually can use.

When Google announced Android Wear, and again when Apple announced the Apple Watch, fitness experts watched to see if either company would try a new approach. However, both essentially adopt the Fitbit and Nike Fuelband approach to activity trackin, which means that Android Wear devices and the Apple Watch will be more like the gadgets you can already buy rather than something entirely new.

On the bright side, that means they will be useful for some purposes. If you use them properly and you're already motivated to get in shape, then fitness trackers can make a difference. However, they take some effort to interpret, only work well with specific types of exercise, and you can't believe everything you see on them at face value. Here's how to sift the good stuff from the junk, and not fall prey to marketing disguised as healthy living.

Data You're Better Off Ignoring Completely (Or At Least Tracking Differently)

We're not kidding when we say there are new fitness trackers hitting the market every few weeks. It seems like we constantly hear about a new gadget or app that promises to "disrupt" activity tracking in some way. The trouble with all of these apps, clips and strap-on bands is that they fail at some of the basic things they aim to do (like tell you calories burned, flights climbed and activity level). We've highlighted some of those issues before, and this great piece at Quartz goes into deeper detail.

In Apple's promo video for the Apple Watch, the company promised that its new device would track intensity (by tracking your heartbeat), distance travelled (using Wi-Fi and GPS in your iPhone), and total body movement (with the accelerometer). However, the video itself shows people doing exercises that the Apple Watch wouldn't be able to measure, like box jumps and stationary cycling. The Apple Watch will likely be able to track heart rate, but odds are it will use a pulse oximeter to do it. Pulse oximeters often have difficulty on people with darker skin or who sweat, as the Wikipedia entry on the topic explains. Similarly, take a look at Droid Life's review of the Samsung Gear Fit, which highlights a number of issues with using a smartwatch to measure pulse. Finally, using an accelerometer and pulse monitor to infer activity is largely useless when tracking non-cardio activities, like strength training, weight lifting and resistance exercises. Also, none of these devices are water-resistant, so swimming is out of the question.

Even in areas where fitness trackers excel, their data can vary widely. Sometimes they grant too many steps for too little movement, and most encourage movement "goals" based on outdated and disproven science. Even worse, the marketing for many trackers claim their devices will "get to know you like a personal trainer would" (a direct quote from the Apple Watch ad), which is misleading at best. Fitness is an individual thing. There just aren't enough sensors on a smartwatch to give you complete feedback on your exercise and how much you improve, much less the results you see on the scale, in the mirror, and in yourself as you work out. The biggest danger is that someone works themselves into a frenzy doing exercises that earn high scores on their smartwatch, but they don't see results and quit because they're doing the wrong exercises for them, or because the tracker itself is poor.

Where Fitness Trackers Excel At Collecting Data And Keeping You Motivated 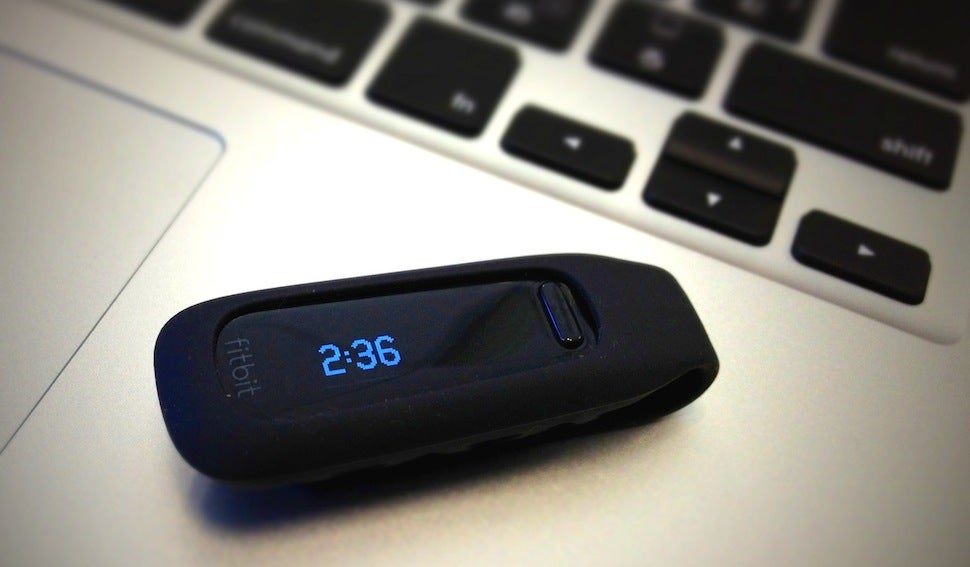 Now that we've bashed fitness trackers a bit, there are some areas where they're really helpful, and accurately track data. Most are great at being internet-connected pedometers that can give you immediate feedback on your activities. While they can vary on step counts, they're generally good at showing how many steps you've taken and how far you've travelled on a given day. They can integrate with your social networks to help you and your friends work out together — even if you're far apart. Some are great at tracking your movements and restlessness while you sleep. It's not enough to diagnose specific sleep issues, but it is enough to encourage you to see a specialist if you're tossing and turning, or wake up feeling tired even though you got a full night's sleep. If your primary form of activity is high-intensity cardio, they may even be good at telling you your activity level, but only as a comparison to your resting state.

The best fitness trackers and smartwatches are also great at tracking bursts of activity and their times. If you have a specific goal — for example, running a 10-minute mile — that smartwatch is a great tool to help you do it. You can track how long it takes you to run a mile every time you go running, keep an eye on your progress, see patterns between your good and bad days, and even use the tracker as a stopwatch to check your time and pace. Some of the best trackers can even remind you of those fitness goals. They can wake you up in the morning, let you know when you've been sitting too long, remind you that it's time for your workout, and so on.

Finally, most fitness trackers are also great at giving data hounds lots of information to sift through. Any feedback loop is better than no feedback loop when it comes to results, but you have to already be motivated to check in and look at your progress over time. You have to want to keep an eye on your data, and inspired to keep improve based on those stats and achievements. If you have that, along with that intrinsic motivation, a fitness tracker's data can be extremely helpful — especially when combined with other techniques to get into a fitness habit you'll stick to for the long term. 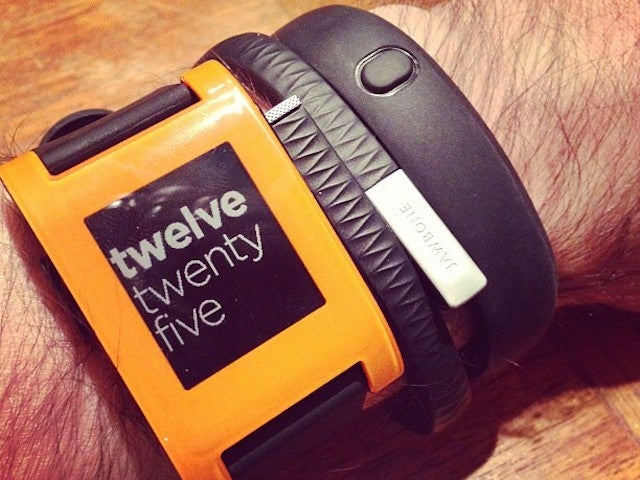 So where does all of this leave us? Are fitness trackers useful? Can they help you get in better shape? Well, the answer (and the science) is mixed. Trackers alone, in a vacuum, simply don't get the job done. They're also not the keys to better behaviour and long-term habit changes. For example, a study of diabetes patients who used tracking devices showed that while there was initial excitement over having a new gadget, eventually self-tracking became just another chore. In other cases, tracking became "the enemy": something they dreaded doing, and dreaded looking at.

Similarly, fitness trackers have the broad potential to lead people down the wrong path when it comes to their fitness outcomes — they will find themselves getting active, racking up more steps and scoring more points, but not losing weight or building the muscle they want. Part of that can be bad data and data collection, but part of it is also the fact that the human body adapts to activity levels in order to maintain weight, and many exercises are high energy investment but low return. There's more to the fitness picture than the simple "sit less, move more" aphorism that Apple kicked around during the Apple Watch announcement. However, because fitness trackers can't tell you more than how much you move, they have little interest in addressing those aspects of the picture. The end result is that we see trackers pop up on Kickstarter every week asking for money to sell the same guts in different packages.

In short, quantifying yourself isn't the same as improving yourself, something we also mentioned when we told you how to use your tracker effectively. Does that mean fitness trackers are a fad and a waste of money? Not at all — they can be useful. It's important to remember though that tracking yourself is only the first step to positive change — one that can help push you along and keep you going, but it can't do the work for you.

You also have to learn to build better habits that feed back into themselves to help you make long-term lifestyle changes. You also need to learn that self-compassion is critical to your long-term success. Learning to forgive yourself after getting sick and seeing your tracker's numbers plummet will be more valuable to you in the long run than watching them soar to new heights or earning a shiny badge for your profile. Finally, none of this addresses the role that a healthy diet that you can actually stick to and a proper understanding of nutrition play in the whole affair.

At the end of the day, fitness (and nutrition) are both human issues, wrapped up in more than just "eat less, move more" mentalities. There's a mish-mash of psychology, physiology, background, environment, and economy all working behind the scenes, and that's a problem that fitness trackers and their wealth of data can't really solve. With the right knowledge and support, they can help, but it's important to remember they're just tools — not vehicles.