MoboRobo Is A Powerful Desktop Manager For Android And iOS Devices 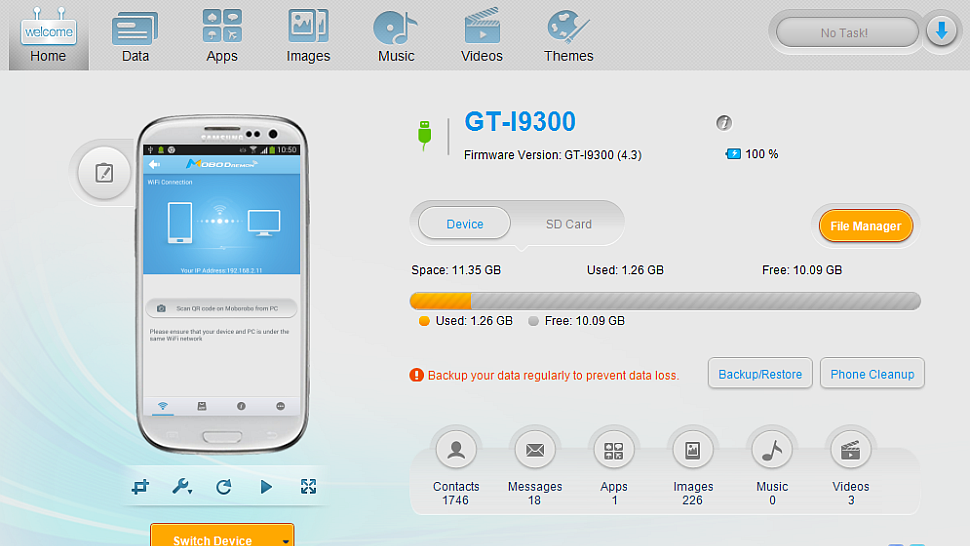 Windows: Unlike iTunes for iOS devices, there is no official desktop client to manage Android phones and tablets. MoboRobo is as good as any you can hope for, and it works with iPhones and iPads too.

Connecting your Android or iOS device to MoboRobo for the first time is a drawn-out but simple process. The first connection needs to be via USB, but thereafter Android devices can connect through a Wi-Fi network using the MoboRobo Daemon app. You can also do that with web-based app AirDroid, without installing software; but MoboRobo has more powerful features, as you will see. There is no wireless connectivity for iOS.

Once your device is connected, MoboRobo has a large number of things you can do. It acts as a backup and restore client for contacts, messages, phone logs, gallery, files, apps, and even app data. We didn't test it extensively, but it restored game saves for a few titles.

On both Android and iOS, you can also import, export and edit phone data (contacts, messages), manage files on your device (including copying music from iPhone to hard drive), and add or delete multimedia. Of course, the iOS part is restricted to what Apple allows. Android users can also manage and install apps, including APKs stored on your hard drive. Both iOS and Android devices can be connected at the same time, but direct transfers don't work.

MoboRobo also does emulates some of Pushbullet's best features. It can send and receive files via a shared clipboard, and add text typed on your PC to that clipboard. Android users can also directly reply to text messages from the PC.