How To Tame Your Work Phone And Be Productive 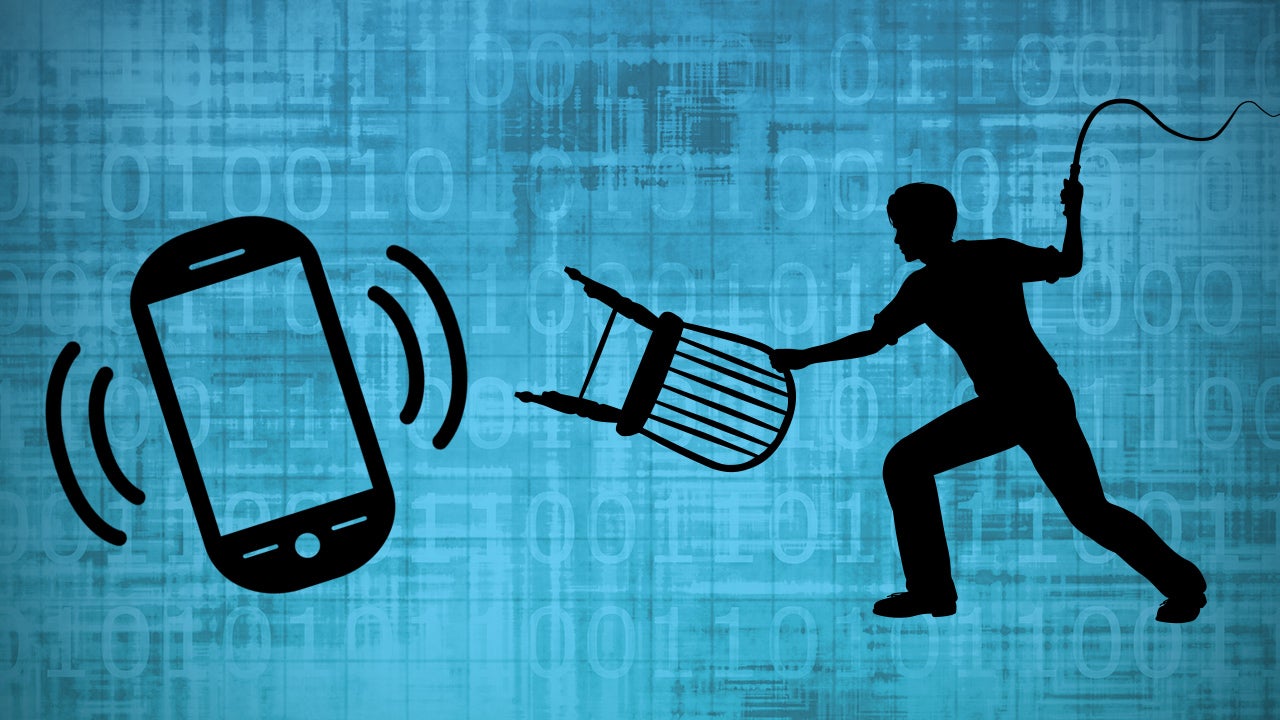 When you're in the middle of work, the shrill ring of your phone can be an annoying disruption. Here's how to ensure this doesn't derail you completely and you can focus on the work at hand.

Even a three-second distraction can negatively affect your productivity. Phone calls require you to abandon what you're doing and divert your focus elsewhere. In fact, just switching senses from using my eyes (for the computer) to using my ears makes me lose the "zone" I am in. Eliminating the interruption of phone calls just makes sense.

Create Templates and Offload Calls to Text or Email 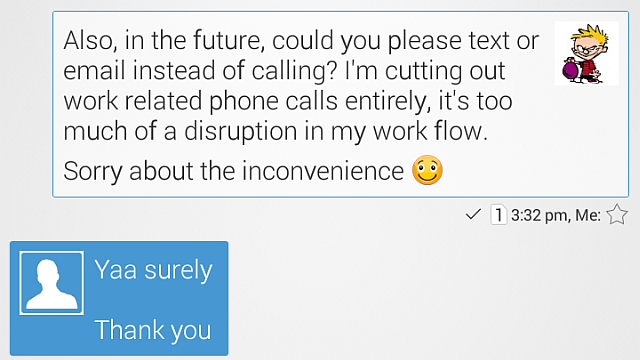 Instead of going away from your PC, set up a text message template for replies to incoming calls. This template should tell people that you are trying to reduce the number of calls you take, and for any work, they should instead email or text you. Here's what mine looks like:

Hey, for all work-related correspondence with me, could you please text or email instead of calling? I'll definitely respond there. I'm cutting out work phone calls to avoid constant disruption. Sorry about the inconvenience :)

Keep two things in mind: First, stress that you will respond when they take the alternate communication route and actually do it. Second, realise that you're inconveniencing the other party and making them re-learn how to get in touch with you, so you should explain why you're doing it, as humbly as possible.

I keep the above template as a clipboard item in Copy Bubble for Android, which lets me quickly paste it in an SMS or IM. Once someone texts you, use MightyText to reply from your PC. In fact, I have set up Gmail as a productivity hub so that texting and email happens from it. If you're on an iPhone, try myPhoneDesktop for the same features. Of course, if you use a Mac, you should just wait for OS X Yosemite and its Continuity feature.

Some people will still insist on calling you. And there are some calls, like your boss or your client, which you can't ignore. Use your best judgement about when to answer and when you can politely remind the person to get in touch with you in another way. 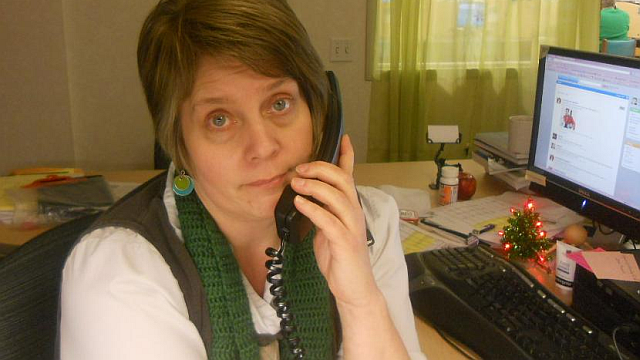 Not all calls can be diverted to text or email, especially those that ring on your office landline. When you get one of those calls, Francesco Cirillo (the inventor of the Pomodoro Technique) has a neat method you can follow. It's fast enough not to majorly disrupt your productivity, but at the same time, respectful of the person who needs you:

I prefer to block time slots in my schedule specifically for returning calls. Initially, I tried setting up a time block based on the number of calls I had to return, but I always went over the limit. Instead, now I set up the time block first and accommodate all the calls in that. It forces me to wrap up calls quickly and to get to the point faster.

Switch Off the Distraction or Move Away 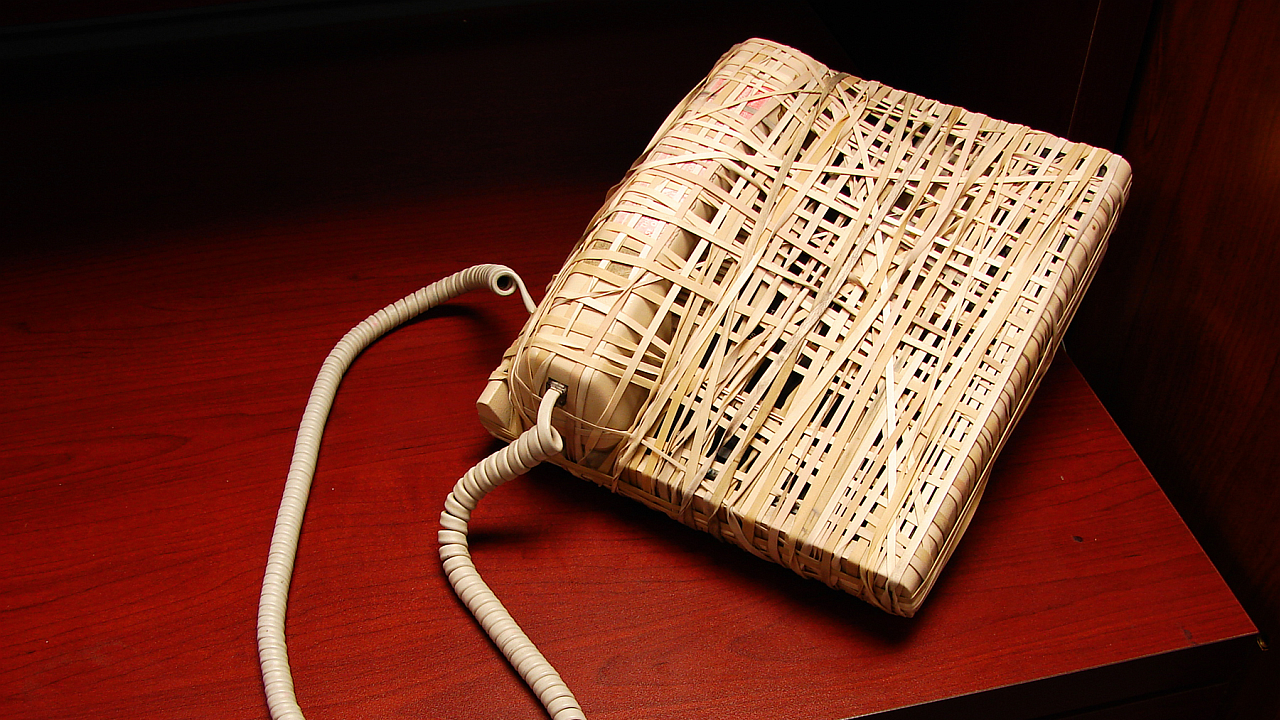 Your desk phone doesn't have the same smart apps as your mobile phone, which means you have less control over how you handle those interruptions. Plus, ignoring those calls might just lead to a coworker popping by your desk, which is even more of a distraction.

Our own Alan Henry has a unique solution to the landline problem:

One trick I've used was to move the phone so the flashing call indicator and the caller ID were in view from my field of vision while working on my computer, and then turn the ringer off. That way I was never startled or jarred by a blaring phone, and when the red light started flashing, I could glance at it without taking my fingers off the keyboard and decide whether to answer it.

Again, you can quickly add that caller to your list and call them during your phone-only time slot. The biggest benefit of this is that you don't hear the shrill ringing of the phone, which is enough to be a distraction anyway. In fact, just to make sure other phones in adjoining cubicles don't get to you, plug in your headphones and get things done.

When you have to do a task that needs your full focus, the best trick might be moving from your workstation to another spot, like a cafe. Once you're there, set up your communication so that regular callers know you are busy.

For example, drop a line to your manager to inform them that you're working on your project and will be available in some time. Set your instant messenger status so that coworkers know now to disturb you. On your Android smartphone, automate texts with Agent so that when anyone calls or messages, they get an auto-reply telling them that you are busy at the moment and will call back.

Make It Easy to Regain Focus 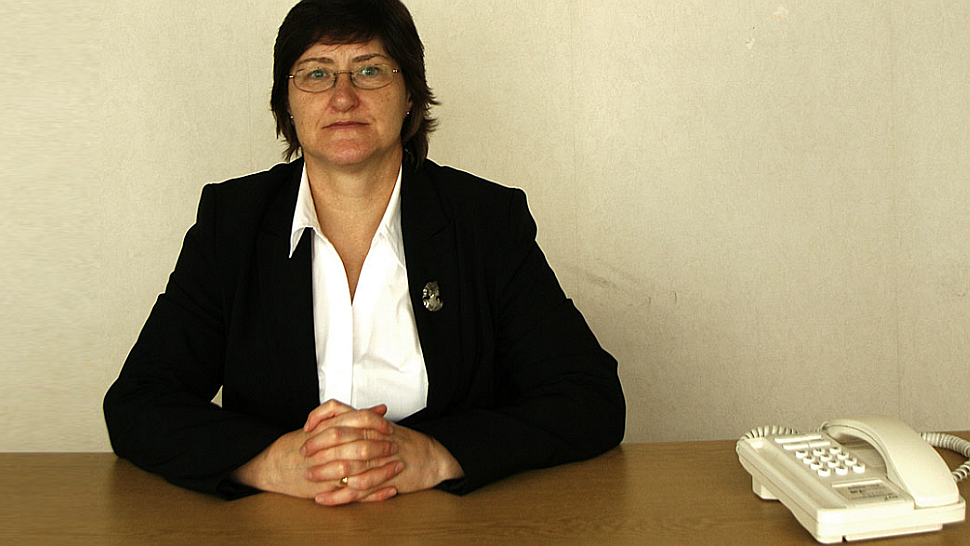 Despite your best efforts to cut out phone calls, there are some calls that you can't ignore. For example, if your boss (or worse, your boss's boss) calls you, then you need to pick up the phone.

To quickly regain focus once you hang up, use Ernest Hemingway's trick of stopping mid-sentence. The idea is that if you leave your work halfway, then it's a matter of completing the task or thought which you started — and that is a quicker way to get back into the flow. Of course, it's not as good as ignoring the call completely, but hey, it's better than nothing.

Just to put it into perspective, I have been eliminating an average of 15 phone interruptions a day since I implemented many of the above methods. Thwarting the distractions of your phone might just be the best thing you can do for your productivity.