Help Children Avoid Depression By Teaching Them To Reframe Setbacks 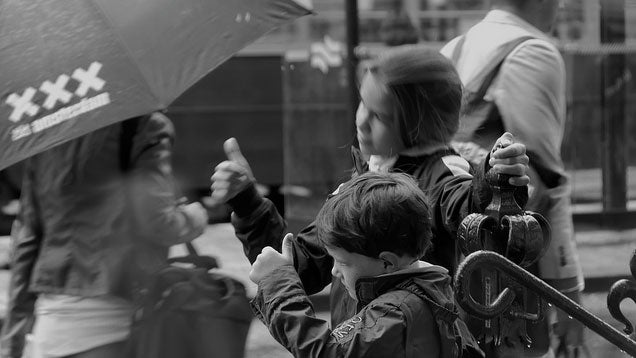 Depression is a very real problem, not just for adults but for children as well. Psych Central points out one thing parents and teachers could do that can help prevent children from suffering from depression: teach a specific type of problem solving and thinking skill.

Researchers trained a group of 69 fifth- and sixth-graders for three months in skills like replacing negative beliefs with positive ones and viewing setbacks as temporary, specific to a time and place (for example: a bad grade on one test doesn't mean he or she will never be good at maths). Those who received the training, a kind of preventative form of cognitive behavioural therapy, were less likely to have moderate to severe symptoms of depression than the 49 children who didn't get the treatment, even two years after the study.

It's important to note, as Psych Central does, that depression is a complex disease, with biological, environmental and personal factors. No one's saying we can completely prevent depression by telling people to just think postitively. However, these are still good skills to teach children — how to reframe negative beliefs so they're more realistic and how to see failures as temporary rather than personal defects. Sharing the frustrations you've overcome can also help them develop grit.

Sadly, Psych Central reports that nearly one in 10 children experience a major depressive episode by the time they're 14 years old, and almost one in five will experience one before finishing high school. Everything we could do to recognise the symptoms and prevent depression, if possible, in the first place is worth learning.

Read more specific advice in the link below.