The Best Performing Video Chat Services, According to the ACCC

How to Find The Right Wall Mount for Your TV 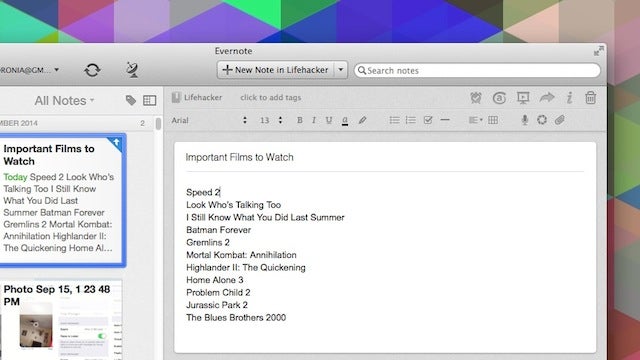 Mac: Evernote released an update to its Mac app today that adds a few new features and clears up some bugs. The new features include a new notes editor, image resizing and improved tables.

The most obvious new features is the new notes editor. You now get more options when you create and edit notes, and it’s a little easier to use overall. You can also now resize images in notes; just grab the corner of an image and you can shrink it down from there.

Other improvements include a improved tables that work more like you’d expect, improved syncing and a more relevant search results. You can snag the update from Evernote right now. If you have the Mac App Store version, you might need to wait a little longer.