Disconnect Mobile Blocks Malicious Ads And Malware On Your Smartphone 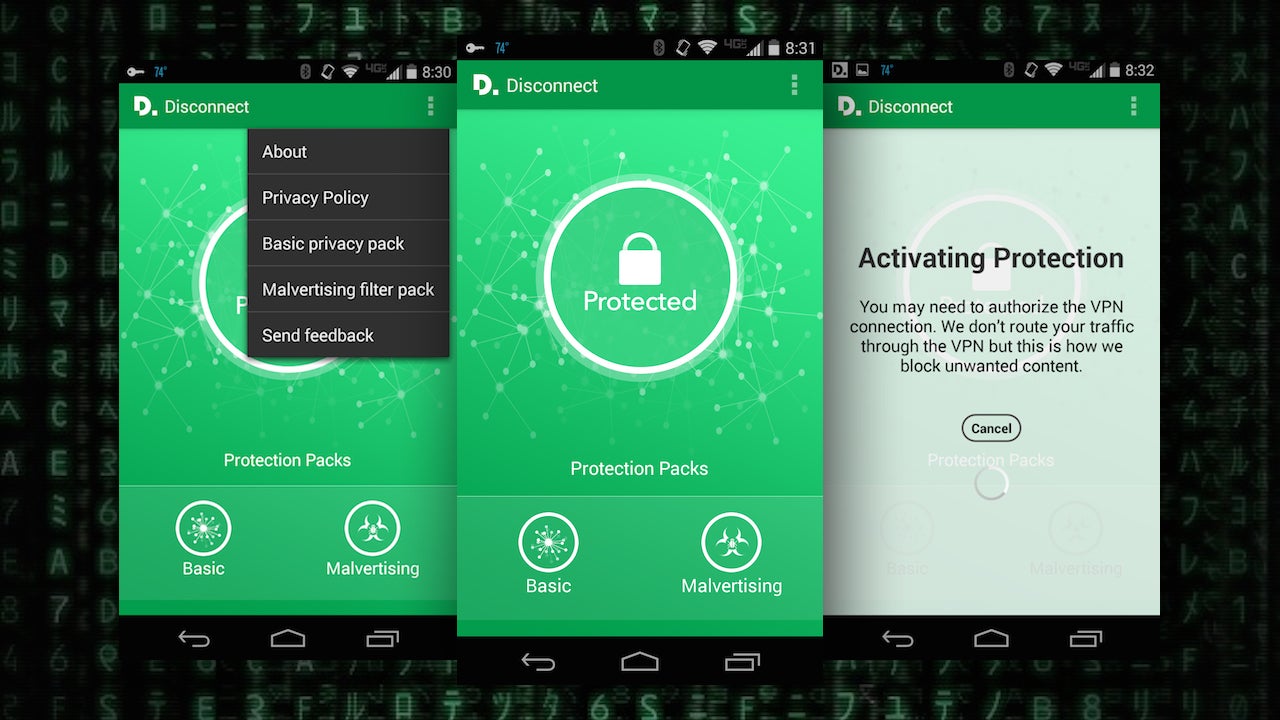 Android/iOS: Disconnect, one of our favourite privacy-protecting browser tools, has a mobile app that keeps you safe on your smartphone as well. Disconnect Mobile blocks malicious ads that track your activities, blocks malware disguised as ads, and offers protection against suspected malware sites.

Disconnect Mobile was one of the many apps that Google booted out of Google Play after they decided they didn't want ad-blockers in the store, but the Disconnect team has rebuilt the app and is making it available to sideload. The team has also pointed out that its app doesn't block ads — in fact, it has no desire to be an ad-blocker — it just wants to block malicious advertising that intrusively tracks users, records and calls home with user data, and blocks malware that's disguised as legitimate ads. Ironically, while Google won't let it in Google Play, Apple has approved an iOS-friendly version, and it's available in the iTunes App Store.

Both versions of the app are free. Just install it, tap the lock to secure your device, and you're good to go. The app offers basic protection for some of the web's most prevalent trackers for free. There's a premium protection level as well (at least, in the iOS version — I didn't see it in the Android version) that promises more protection. Hit the links below to give the app a try.