Why Disabling IPv6 Won’t Speed Up Your Internet Connection 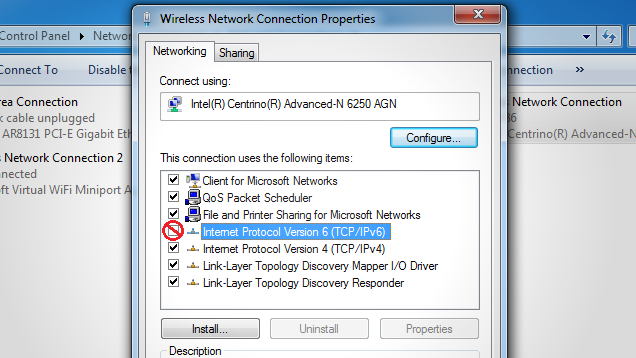 Support for IPv6 is enabled by default in most operating systems, and legend has it that disabling it will increase your internet speed. That’s not really true, and here’s why.

Chris Hoffman at The How-To Geek explains that the trick of disabling IPv6 for more speed is just a myth, but it at least has some truth to its origin. Some browsers — like Firefox 3 — handled IPv6 poorly in the past. In those broken instances, disabling IPv6 was the best fix at the time. The myth lived on, however, because computers would supposedly search for an IPv6 address first before realising it’s not available and switching to the more common IPv4. Disabling IPv6 would bypass those speed bumps.

Now, the bugs that caused issues like that have been squashed and there’s no need for any kind of workaround. In fact, disabling IPv6 manually can actually create more problems. Hoffman lists a few instances:

If your Internet connection and router have already migrated to IPv6, you’ll lose the ability to use it properly. IPv6 may also be required for some home networking functions — for example, the easy-to-use Homegroup home networking feature introduced in Windows 7 requires IPv6 enabled on the computers on your home network to use it.

Everyone is moving toward the IPv6 protocol because we’re running out of IPv4 addresses, so you may as well keep it enabled. Hoffman suggests that disabling it may not be too harmful if you know what you’re doing, but you still won’t see a speed improvement. For more information — and to see some benchmark tests that debunk the myth — check the link below.

No, Disabling IPv6 Probably Won’t Speed Up Your Internet Connection [The How-To Geek]