Use Written Suggestions To Get Ideas Out Of Quiet Meeting Members 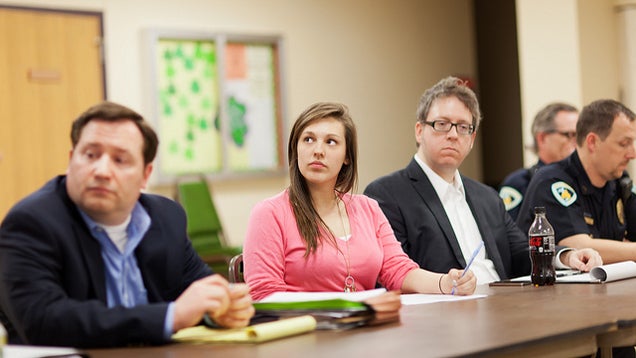 One of the big problems with meetings is that, more often than not, a small number of people end up doing the majority of the talking. To get ideas from everyone else, try asking for written submissions.

If you're trying to get ideas or suggestions from a large group of people, start the meeting by asking everyone to submit their input in written form. Then, go through the suggestions one by one. This helps avoid a couple of loud, outgoing people dominating the conversation, allowing you to source ideas from people you might not otherwise hear from. Management researcher Leigh Thompson refers to this process as "brainwriting".

Of course, there's always the possibility that requiring input from everyone can put some people on the spot, but brainstorming is inherently messy. In some contexts, it may be worth pushing people outside their comfort zone. It's never a bad idea to listen to input before committing to a plan.

Video: How brainwriting can neutralize the loudmouths [Kellogg School of Management via 99u]