TorrenTV Streams Torrents To Your AppleTV While They Download 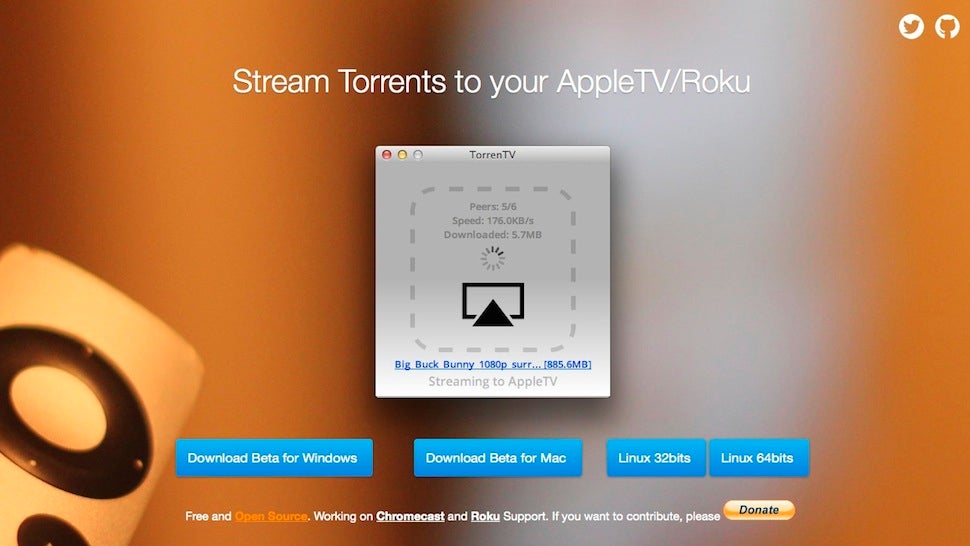 Windows/Mac/Linux: If you like the whole Popcorn Time experience where you start a movie and can enjoy it while it's being downloaded in the background, TorrenTV brings the same feel to the Apple TV using AirPlay. Drag a file in, and it plays on the big screen while downloading on your computer.

TorrenTV is a simple download, and a tiny app. Open it when you're ready to watch something, and drag a torrent or magnet file onto it. It will start downloading the torrent, and stream it to an Apple TV if you have one on your network and available via Home Sharing. If you have local media files, you can just drag the video onto TorrenTV and it will send the video over AirPlay. It's as simple as that. You don't get the gorgeous interface of Popcorn Time, and TorrenTV is definitely barebones (there isn't even an options menu) but it works.

I ran into a few quirks with the app — it doesn't support MKV files, and sometimes it would just crash without warning, but that was usually due to connection problems to the Apple TV. Other than that, it worked like a charm. The software is in beta, free, and open source. The devs are working on Chromecast support too, so keep an eye on the project.