The Most Common Cooking Disasters And How To Fix Them 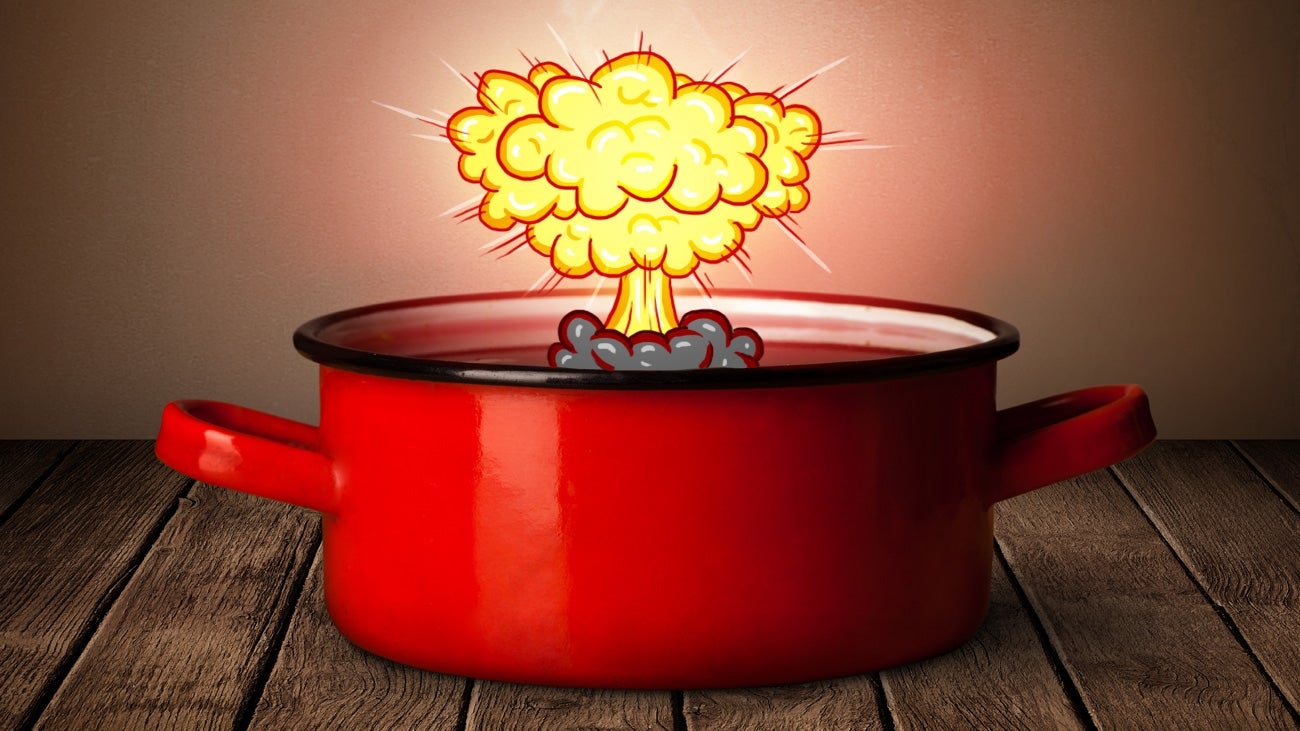 Even if you have cooked a dish a hundred times, something can go wrong on occasion 101. Don't panic! For the most common cooking disasters, there are ways to make sure your food doesn't go waste.

Problem: Your cake is stuck in a pan 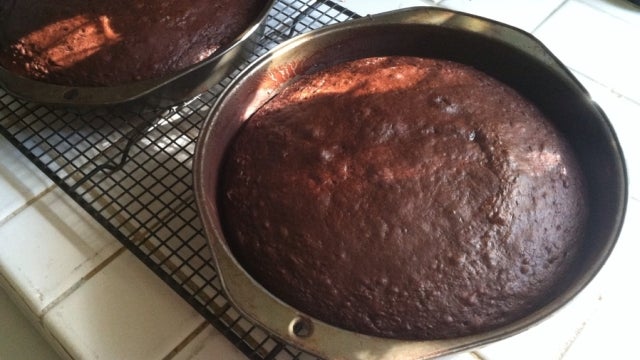 You measured all the ingredients correctly, but you forgot the baking paper, and now the cake won't come out.

Solution: Real Simple suggests saving your cake by popping the whole thing in a freezer. Let the cake come to room temperature, then cover it in plastic wrap and freeze it for 6 hours to a day. Remove it and run a butter knife around the sides. Then insert two forks at opposite ends and, using them as levers, nudge the cake upwards. Do this around all sides of the whole cake. Finally, invert your pan and tap one edge at a 45-degree angle on a board.

Alternative solution: If your cake isn't tightly stuck, WikiHow suggests using a damp cloth method. Just wrap a damp cloth around your cake pan, including the bottom, and let it sit for a while. This apparently loosens the cake enough for it to pop out easily, but not everyone has had success with this method.

Problem: You over-beat your egg whites 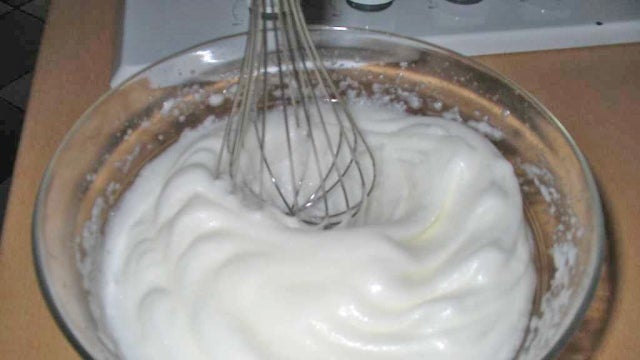 It can happen all too easily when you take your eyes off the mixer for a few seconds.

Solution: Anne Willan at LaVarenne says you can save them by adding unbeaten whites:

I left them a moment too long so they separated into dry little curdled clumps. What I should have done was "quick fix" them with another unbeaten white (one for every two over-whisked whites), continuing just until a smooth consistency returned. "Quick fixed" whites act quite normally, but use them at once.

The Joy of Baking blog also adds that at this point, you should remove one-quarter of a cup of the whites.

Problem: The food is too salty 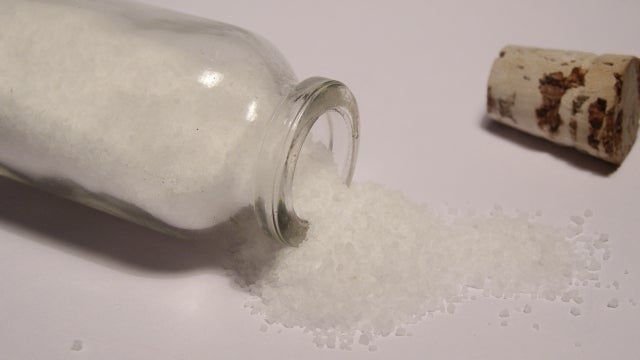 A lot of people believe that if your food (especially soup) has become too salty, then an easy fix is to add potatoes because they apparently soak in the salty flavour. Well, that's just not true, as potatoes aren't sponges.

Robert Wolke, professor emeritus of chemistry at the University of Pittsburgh and the author of What Einstein Told His Cook: Kitchen Science Explained, tells Real Simple that it just won't work:

"This is an attractive idea, but it doesn't work because potatoes are not particularly absorbent," says Wolke, who conducted his own soup-and-potato experiment for his book. "There is no reason they would attract salt."

Solution: What works best is re-adjusting portions so the salt is balanced. So if it's salty soup or stew, remove some of the liquid and add fresh, unsalted broth or stock. Similarly, for salty pasta or rice, remove some and add in unsalted replacements.

Wolke adds that a little bit of vinegar or sugar can cancel out the saltiness by giving your taste buds competing flavours.

Problem: Your rice has overcooked into a mushy mess 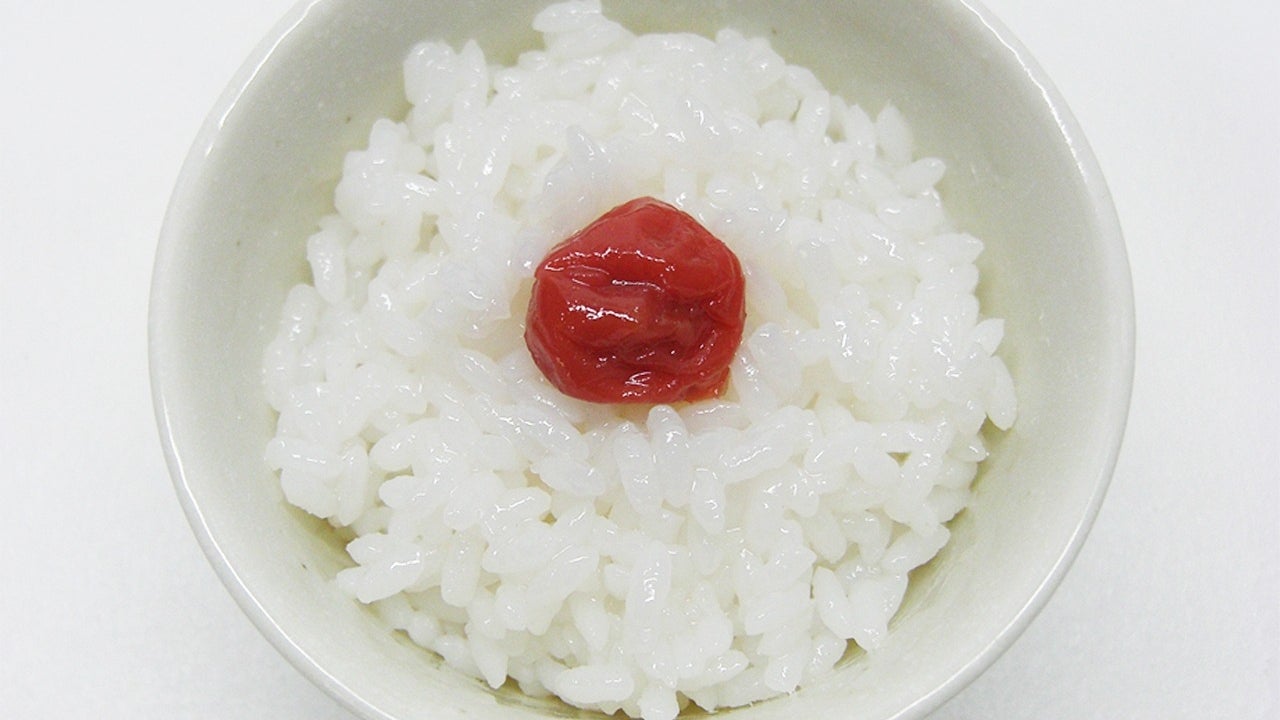 If you don't use a rice cooker, the grain can split and the rice can become mushy. If it's just sticky and the grain hasn't split, Epicurious recommends rinsing it in cold water in a colander, and separating the rice with your fingers.

Solution: Mushy rice can easily be turned into fried rice. Toss it in a saucepan with eggs, vegetables and some soy sauce, and you can save your rice. But it might not necessarily go with what you had planned.

Alternative Solution: The other option is to start over and make a new batch of rice, while you commit your mushy rice to making something different. You can make rice pudding, rice porridge or rice pancakes. SheKnows suggests turning it into meatballs by mixing a few cups with some minced meat. The rice makes a great filler for bigger meatballs without sacrificing flavour.

Problem: Your sauce, soup or gravy has a film of oil floating on top 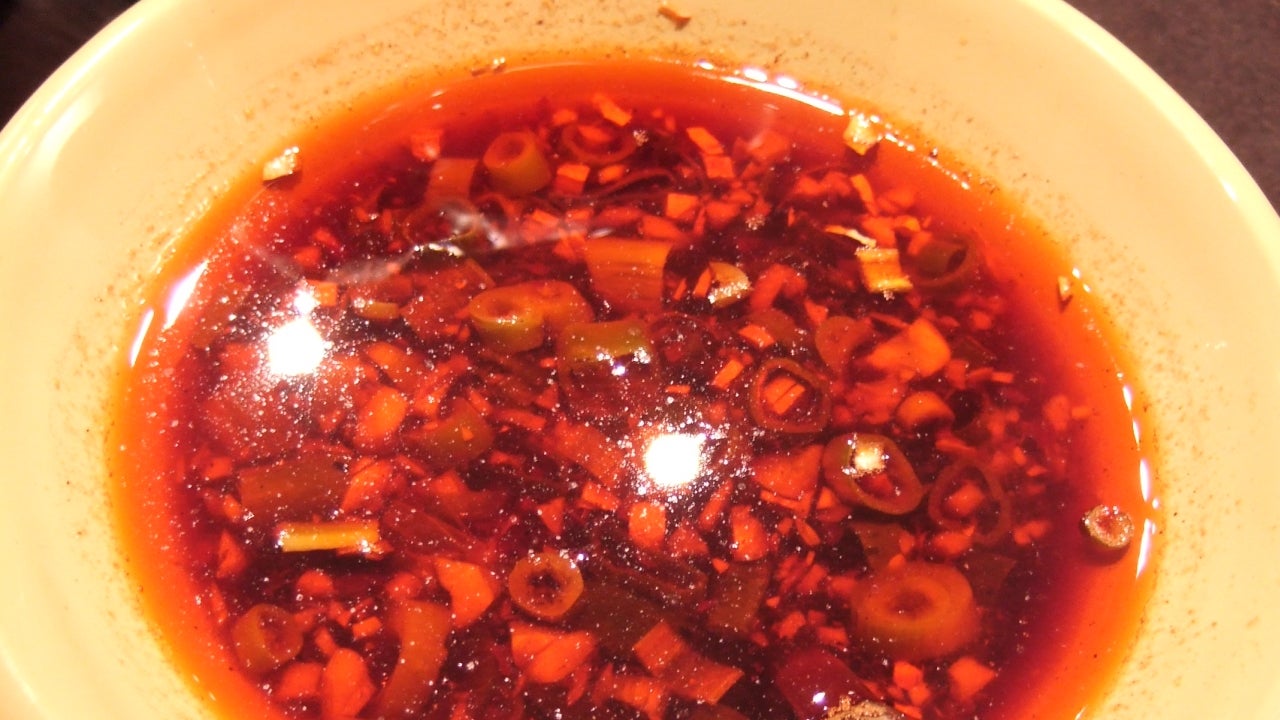 No one likes that greasy taste, not to mention it's bad for your health.

Solution: You can use ice cubes to remove excess fat. Stir them into the pot and the fat will adhere to the cubes. You'll have to be quick and remove the cubes before they melt. Alternatively, Reader's Digest has a few similar tricks to skim the oil from the top:

During cooking, you can also place a lettuce leaf on the top of the soup and remove it when it's covered in fat.

Tear a paper towel into strips and drag the strips across the top of a soup or sauce, one at a time, to absorb fat floating on the surface.

Alternative solution: If you have more time on your hand, you can also refrigerate the sauce or soup overnight, so the fat rises and settles at the top. Then use plastic wrap to skim the fat off the top.

Problem: Your food has become too spicy 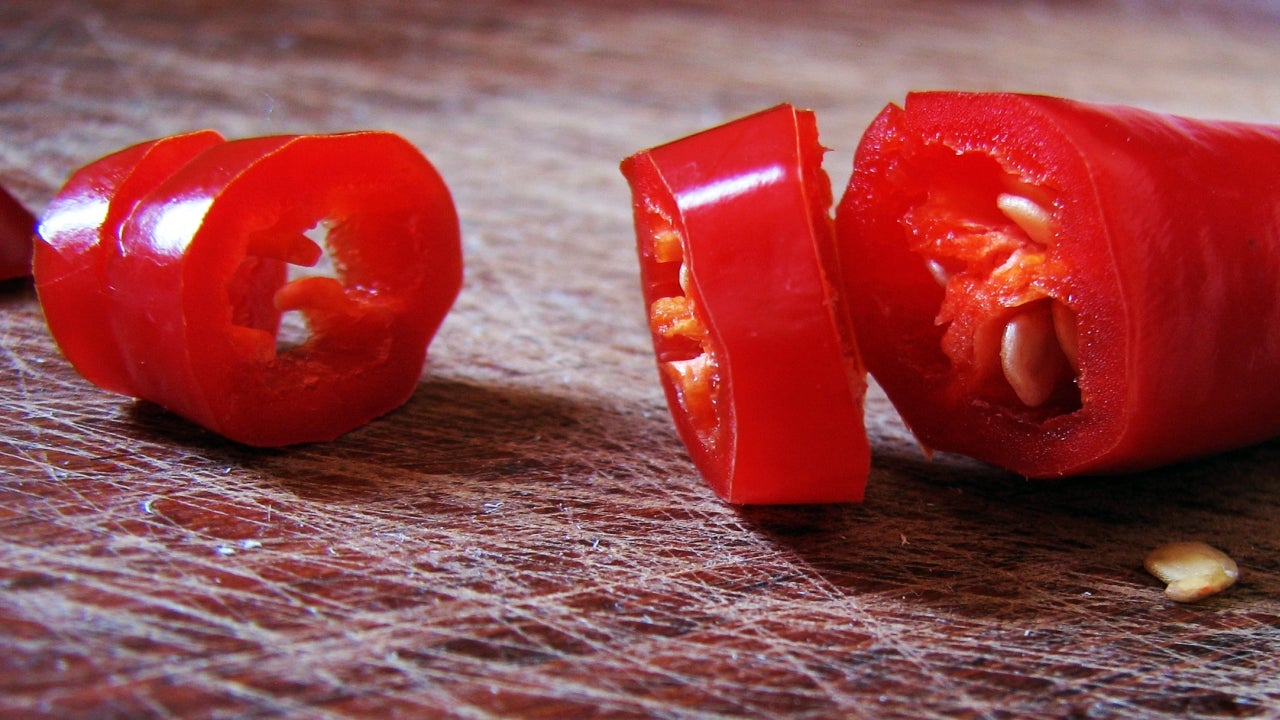 Peppers, especially fresh ones, are inconsistent. The jalapeno you are using could very well be twice as hot as the one you used last time, so if you use the same recipe, you might set some mouths on fire.

Solution: To fix it, Food52 advises adding some dairy:

When it comes to spice, dairy is the best neutraliser. This is because chillis contain capsaicin, a substance which makes your tastebuds feel that fiery burn. Milk contains casein, a compound which bonds with capsaicin and helps dissipate it. Next time you want to dial back the spice level on a dish, try stirring in a few spoonfuls of yoghurt or sour cream — and next time you're dared to eat a whole jalapeño pepper, be sure to have a glass of milk handy.

Apart from dairy, you could also try nut butter or creamy avocado, depending on which dish you are making.

Cheftalk wisely suggests having a few things ready during the meal in case a bite or two is still too spicy. So keep some sour cream, cheese, chopped coriander and limes (to squeeze on the food) at the table.

Problem: Your cream or butter sauce has curdled 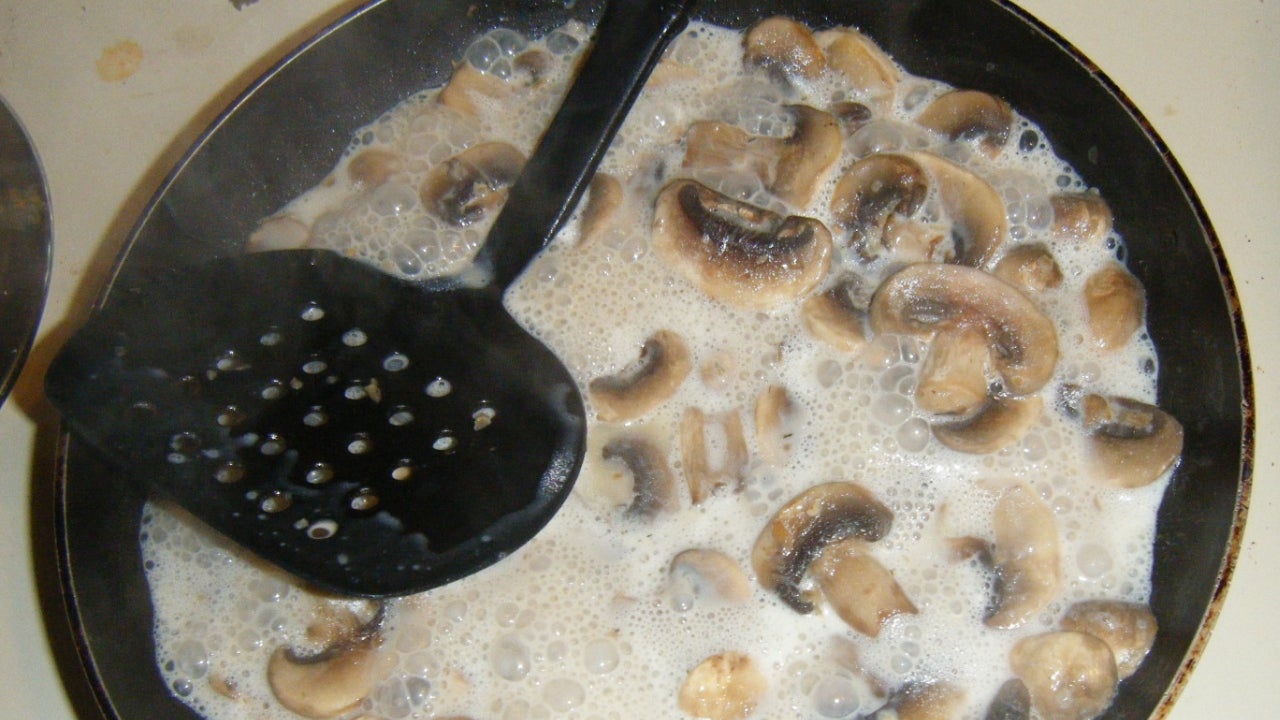 Proteins in dairy-based sauces can clump up at high temperatures. Curdling is especially common for cream or butter sauces.

Solution: If you spot it in time, then an ice bath is the quick-fix solution, according to The Atomic Kitchen:

Remove the curdled sauce from heat immediately and place pan in an ice bath, which will immediately halt the cooking process. You may add an ice cube to the sauce as well. This quick-cooling should help bring the sauce back together.

Alternative Solution: That won't work if the sauce is too far gone. In that case, you need to start heating your dairy base in a separate pan and slowly add in your curdled sauce while whisking vigorously. You could also add cornflour paste to stabilise your sauce, but that will affect the flavour so it's best to skip that unless you're desperate.

Problem: Your over-cooked vegetables have lost their crunch 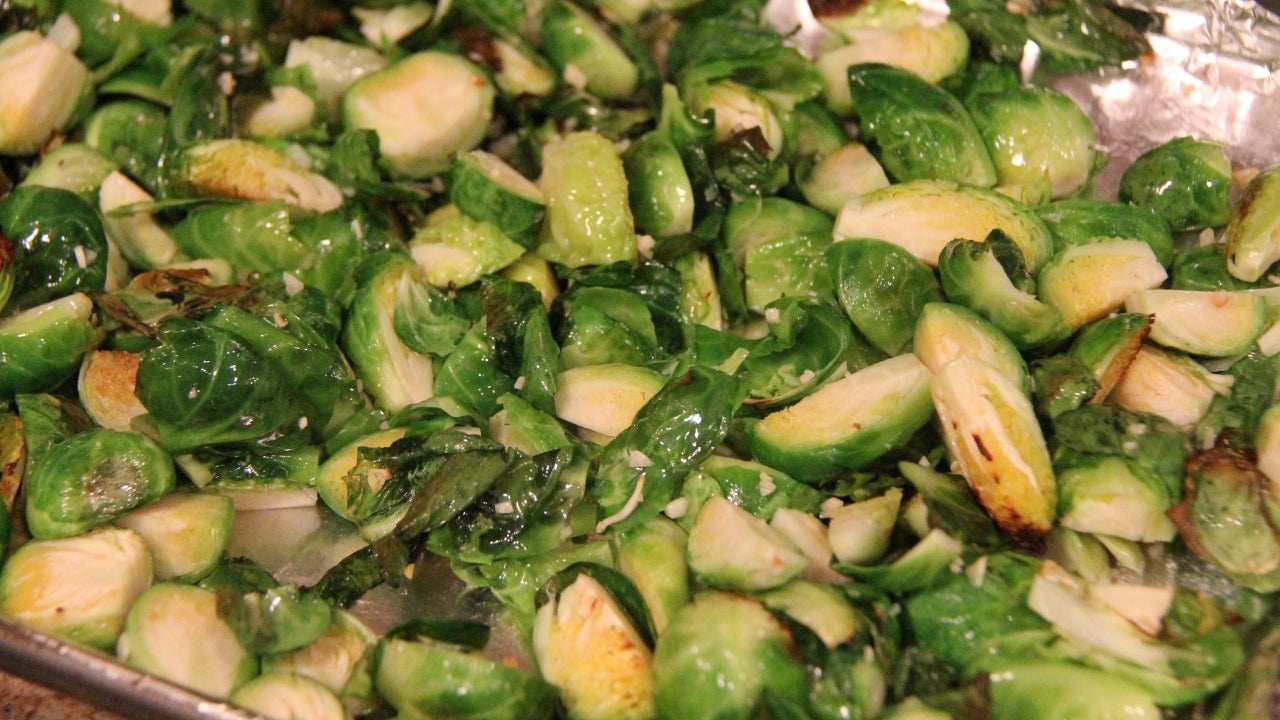 Overcooked, mushy vegetables are difficult to save. However, there are a few new dishes you can spin them into.

Solution: Depending on what your accompaniments are, you could make delicious creamed veggies or an easy vegetable puree. Our favourite idea is Good Housekeeping's plan to turn them into vegetable bouillon cubes:

Mush up the vegetables and add 1/2 cup of broth, your favourite herbs, and garlic. Then blend like soup and freeze the mixture in ice cube trays to create small vegetable boullion cubes that you can later drop in soups for a boost of flavour.

The added advantage of these cubes is that you get to use one at a time and don't have to make everything at once.

Problem: The pie crust has burnt

Solution: As AllRecipes shows in the above video, if it's just blackened in a thin layer along the top, you can use a fine-holed grater to remove the burnt black bits. If it's burnt around the edges, you can cut them off and replace with whipped cream. Leanne Ely, author of the Saving Dinner cookbook series, says you should mask the taste of the burnt pie crust with something sweet, like powdered sugar — which has the added benefit of looking pretty.

If the crust is burnt beyond saving, then obviously, you should just take that whole bit off (the video demonstrates how) and replace it.

Problem: You burnt your meat 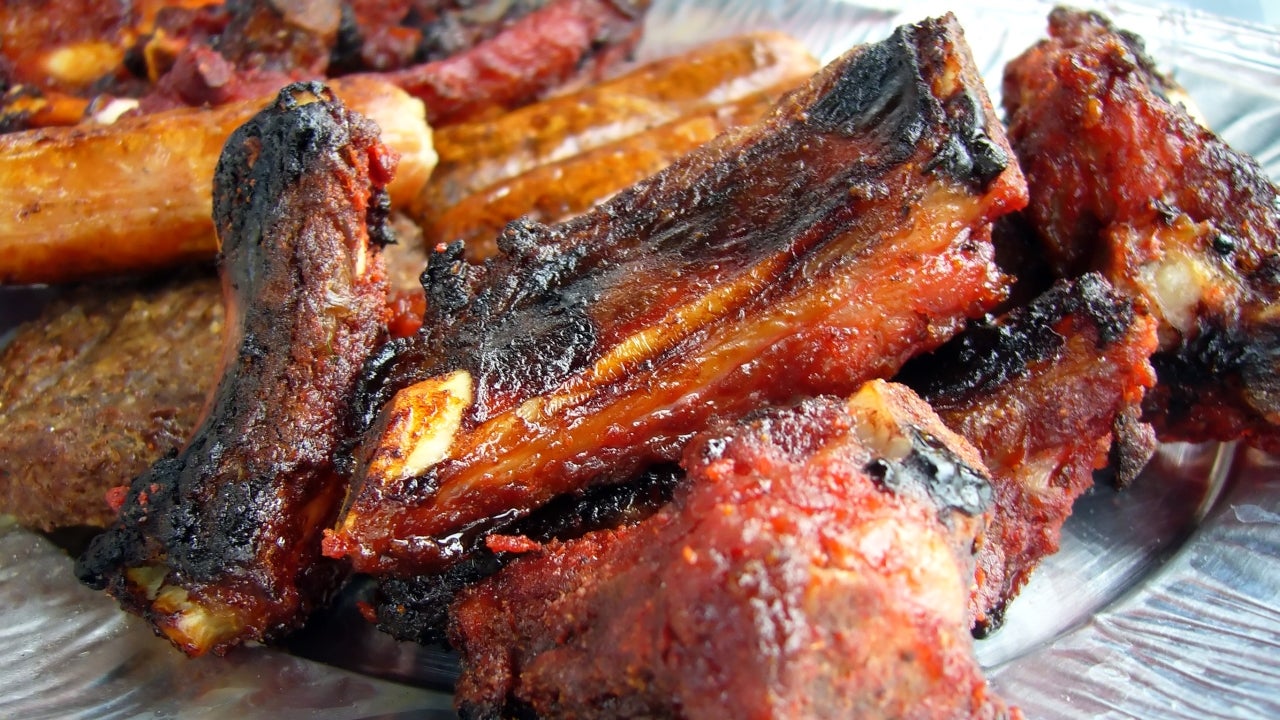 No matter how much you try, cooking meat to the perfect temperature isn't possible unless you're using a meat thermometer.

Solution: At Good Housekeeping, Marlene Koch ("Magician in the Kitchen" and author of Eat More of What You Love) says to serve the best parts and change the taste of the rest with sauces.

If you cooked it with the skin on…simply pull off the skin and discard it, says Koch. Not only will you hide the unsightly fact that you burned the chicken, but you're also removing the potentially harmful carcinogens found in charred meats. Stuck with black meat? Koch recommends slicing the blackened portion off and covering the evidence with barbecue sauce, ranch dressing, or salsa. Your dinner guests will never suspect a thing. 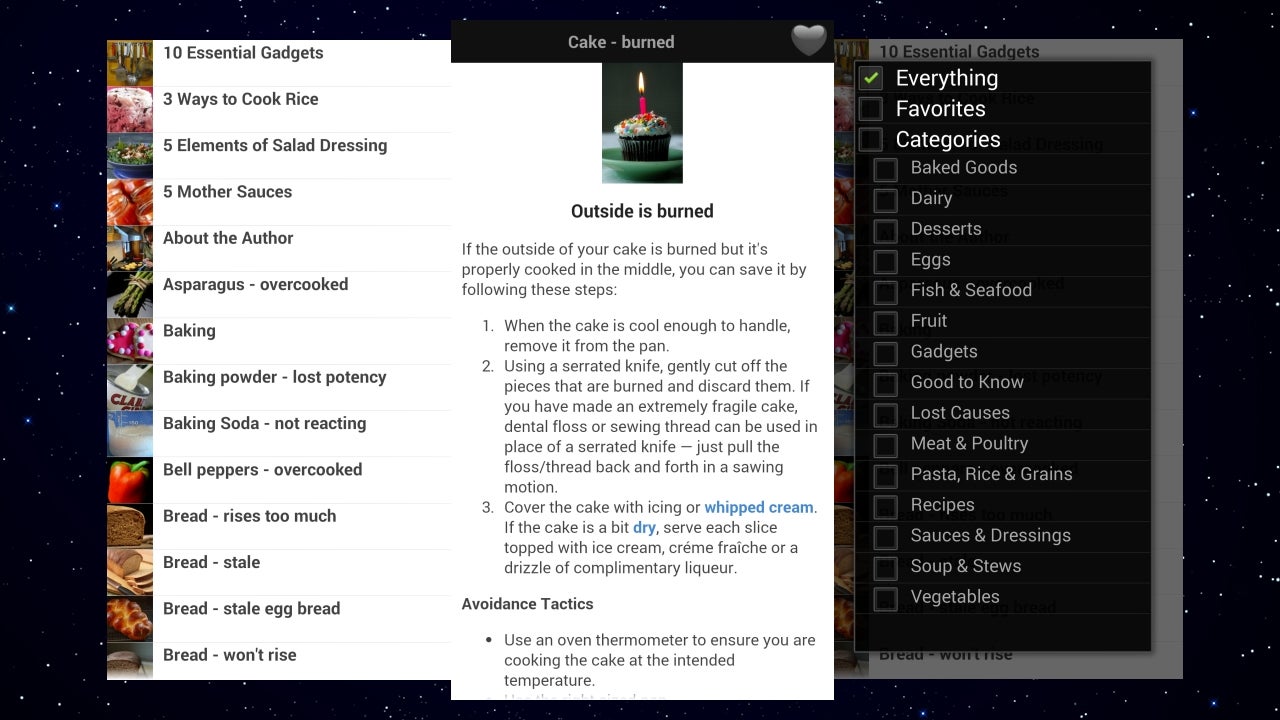 This is not an exhaustive list of common cooking mistakes. But for other issues, there's an app for that!

Kitchen Disasters & Fixes by Charmian Christie of The Messy Baker comes with a long list of things that go wrong in the kitchen and what you can do in each instance. It has you covered for everything from pasta being stuck together to "rescue recipes" like making rum balls out of dry cakes and muffins.