Shazam For OS X Identifies Songs Playing Around You 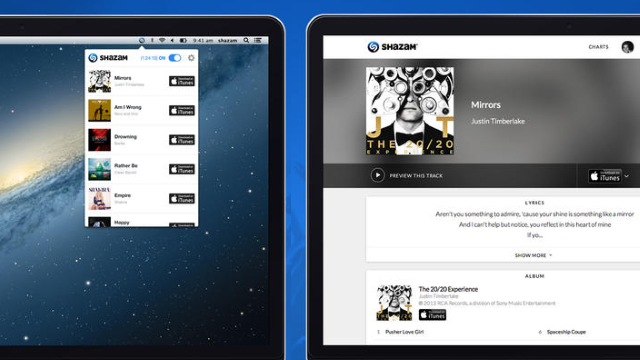 Mac: Popular song identification app Shazam has now landed on Mac OS X. It runs unobtrusively in the background to tell you which songs are playing in your vicinity, using the built-in microphone.

The app is a free download, available as a drop-down in the Menubar. It saves a history of the recent songs it has identified for you. When it identifies a new song, you get a notification. You can click a song to see its details on the Shazam page, or go directly to iTunes to download it. The Shazam app can be switched on and off, and set to be run at startup.

The last time we pitted Shazam against Soundhound, the latter came out marginally ahead, but a lot has changed since then. In a quick test, Shazam was able to identify every song we threw at it, including some obscure ones.

Shazam (free) [Mac App Store via The Next Web]