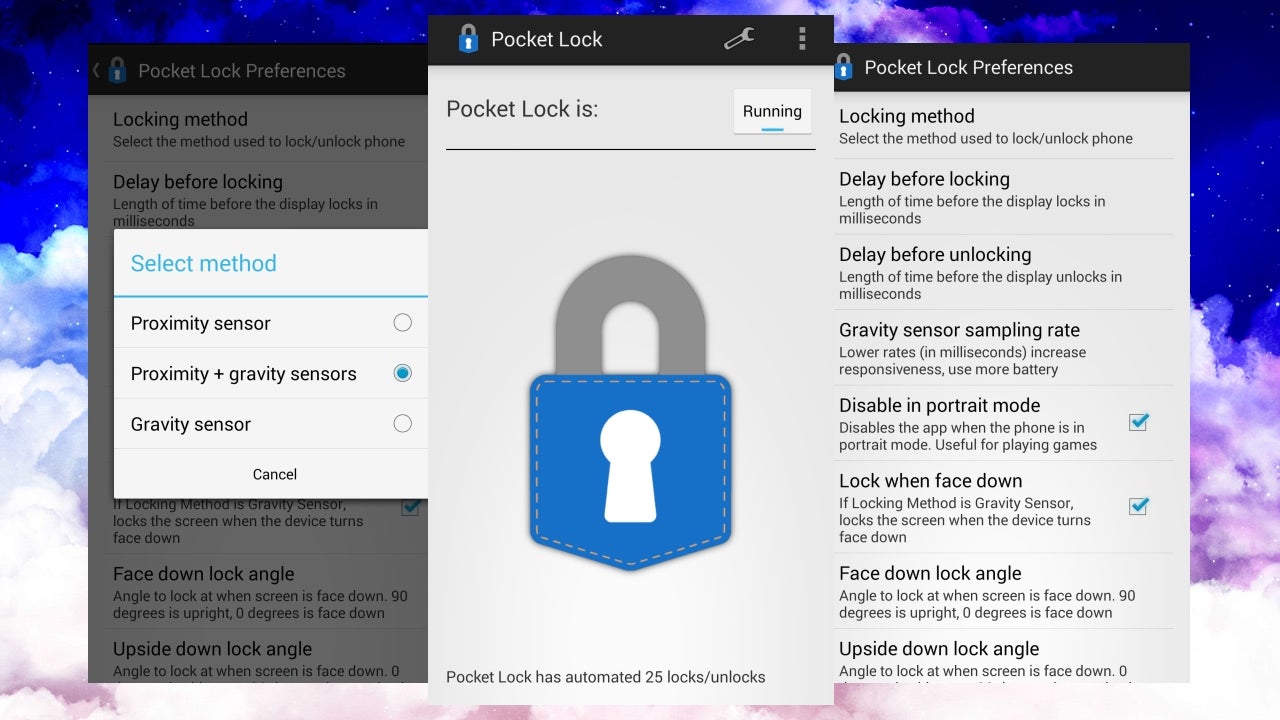 Android: Pocket Lock is an app with a simple purpose. It will intelligently switch your phone's display off and on when you put it in your pocket or take it out, respectively. It also switches off when you hold the phone upside down and switches on when you lift it.

We have featured apps like Smart Screen On which do something similar, but those exclusively use the proximity sensor of the phone. What sets Pocket Lock apart is that it also uses the gravity sensor or accelerometer.

What this means in actual usage is that the device will detect when you put it face down on a table and switch the screen off, as well as switch it on when you flip it to face you. Similarly, if you are standing and holding the phone with your arm straight down, it will detect you are not using it and switch off the display.

Pocket Lock works exactly as advertised, with no fuss, and that's what makes it such a cool app to have. Plus, you won't wear out the power button switching your display on and off. The app's settings also let you customise the angles at which you want it to activate, as well as how much of a delay you want before it acts.