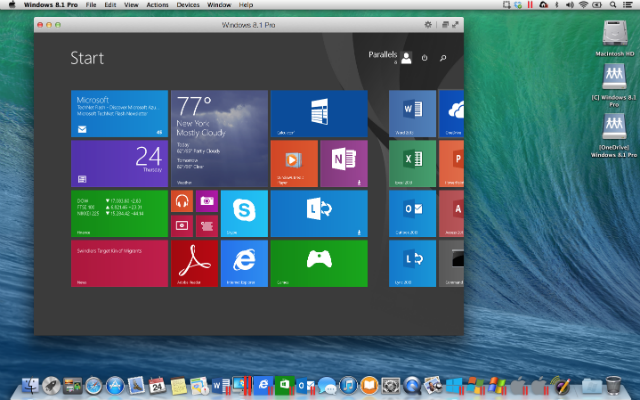 Parallels, already well-regarded as a solution for running Windows on Mac hardware, has updated to version 10. New features in this release include support for the forthcoming Yosemite Mac OS X update release and a number of enterprise enhancements.

Parallels 10 can optimise virtual machine instances in real time, and can set VMs to start after a fixed delay. On the enterprise edition, policies for using USB devices can also be set for each VM image. Battery life when running Parallels is said to have improved by 30%. Windows apps can also save direct to iCloud or to other virtual machines.

Another useful option is a one-click install for a 90-day trial version of Windows. While you’ll still have to pay for a licence in the long run, that makes it easier for you to get the process started.

Current individual Parallels users can update from today for $54.95. Retail copies for new users will go on sale from 26 August for $89.95; the student version is $54.95.