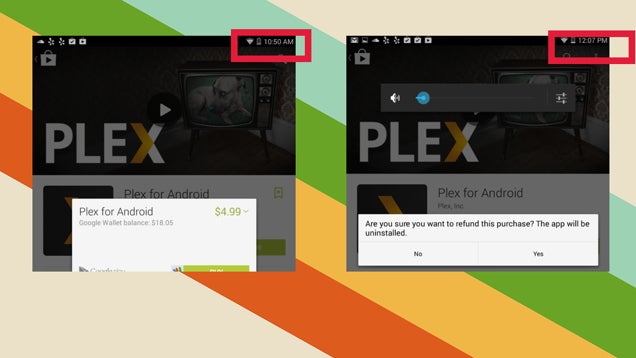 We’ve covered ways of getting a refund after the 15 minute window at the Google Play Store. Google recently expanded the default window to two hours — somewhat secretively.

Android Police reports that the “instant” 15 minute refund we’re all familiar with has expanded to two hours for most paid apps and games. Instead of heading over to the Google Play orders page, open up Google Play on your Android device and tap “refund:.

Google doesn’t officially support this option and still lists 15 minutes as the default refund time. If this tip doesn’t work, follow our instructions for going to the Google Play Orders Page. I tested it and had no problem getting the refund after an hour.

The Play Store’s Refund Window Now Seems To Be Around 2 Hours For Many Paid Apps And Games, Not 15 Minutes [Android Police via Talk Android]