Embrace Your Jealousy So You Can Grow From It 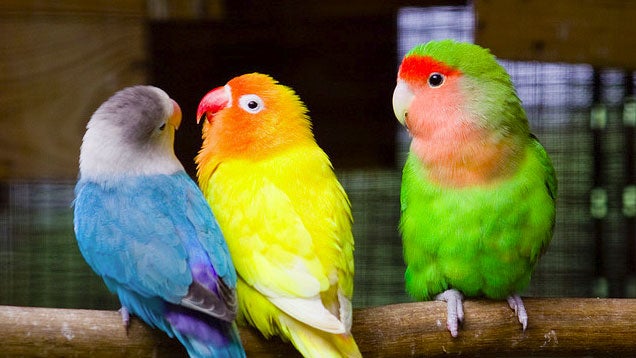 Jealousy is an ugly emotion, one that can easily get out of control. But maybe the green-eyed monster has something to show us if we dig a little deeper.

The Think Simple Now blog lists five reasons to hidden "benefits" to jealousy (and envy), including learning what it is we're really yearning for:

When I started digging deeper into why I was jealous of my teacher friend, I decided it was more that she was moving somewhere new and starting a new adventure. What I was feeling wasn't really jealousy when you took away the hard edges. It was longing.

I wanted new adventure, and I wasn't listening to the little voice that was trying to tell me, so it decided to get serious and ask for some help from the envious part of my brain, the part that was much harder to ignore.

Jealousy can hide all sorts of other emotions like sadness, anxiety and guilt. Taking some time to pay attention to what's going on, stripping your emotions down to their core and listening will help you become more self-aware and less envious.

Maybe your jealousy over a friend's recent promotion isn't so much about you wanting a similar promotion, but your regrets about getting off the career track, for example. Or maybe there's more behind the emotion (such as fear or trust issues) than you might realise at first glance.

If there's a chance jealousy can actually serve a useful purpose, maybe "embrace" isn't too strong a word.

Josh Ocampo 22 Jan 2020 5:00 PM
While used PS4s and Xboxes may not make up a significant portion of e-waste, that doesn’t mean they aren’t contributing to the problem. If you have any used gaming consoles, don’t trash them — you can likely re-sell them at any electronics store or recycle them at the very least.