Be Deliberate During Relationship Milestones To Make It Last 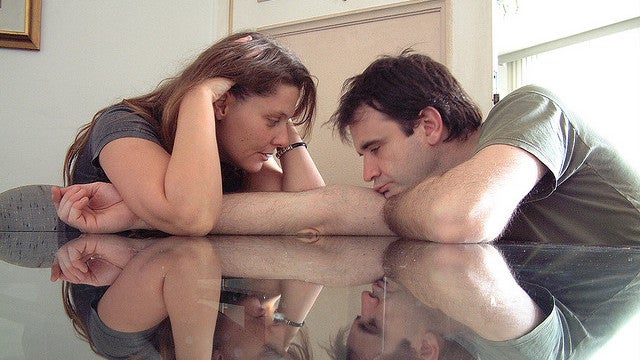 When you're in a relationship, it's easy to slide through big decisions like moving in together or getting married without any real deliberation. The Atlantic suggests that when you take the time to really deliberate on big decisions, it pays off in the long run.

Pointing to a report released today by the National Marriage Project, The Atlantic points out that couples who deliberate about milestones, including the first date, the first kiss, the "define the relationship talk" and others tend to have better relationships in the long run. Essentially, intent matters, and when you make a conscious decision to do something instead of sliding through a decision, things tend to go a bit better:

Couples today seem less likely to move through major relationship milestones in a deliberate, thoughtful way. Rather, the new data show that they tend to slide through those milestones. Think of the college couple whose relationship began as a random hookup, the couple who moved in together so that they could pay less rent, or the couple who chose to elope on a whim rather than have a formal wedding...

Why do people who decide do better than those who slide through their milestones? The data hint at two possibilities. The first is that those who decide might just be more thoughtful people. For individuals, deciding means thinking carefully about what they want in a romantic partner, in their sexual life, from living together, and in having children — and keeping these desires in mind as they navigate relationships. For couples, deciding means taking the time to communicate and to make mutual decisions when something important is at stake. Couples who decide rather than slide also have more practice working together and are likely better at proactively talking through important life issues, a skill that could help them build a happy marriage.

It seems obvious enough, but like most relationship research, it's easy to forget the obvious stuff. If you find yourself sliding through those big milestones without a lot of thought, take the time to step back and really think about what you're doing.

In Relationships, Be Deliberate [The Atlantic]