App Factory Turns Any Script Into A Real App 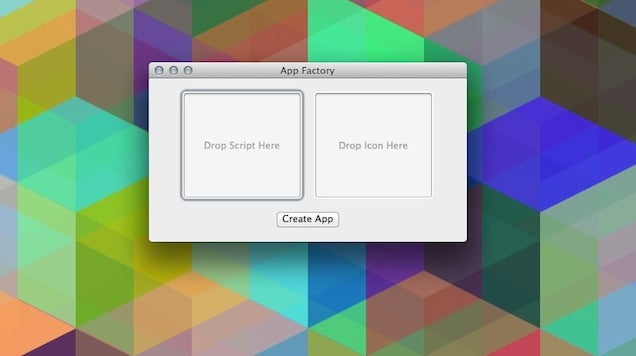 Mac: One of the nice things about OS X is the fact you can easily make tiny little apps using basic lines of code. Actually turning those snippets into an app outside of Terminal requires a compiler though. App Factory eases that process by creating the app for you.

All you need to do is drag an executable script into App Factory, drag an image for the icon, and you’re done. From then on out, you’ll be able to launch that line of code from the Finder using the app you built. Of course, you still need to know how to actually write an app, but this eases the process a little.