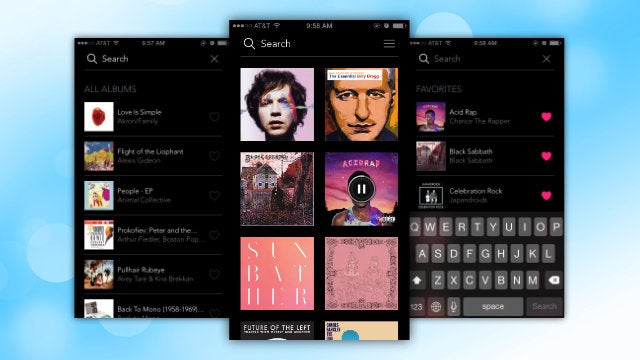 iPhone: The iPhone’s default music player does its job, but it’s not perfect if you’re the type to listen to full albums instead of singles. Albums is a music app made specifically for listening to full albums and lets you do it with just a couple of taps.

Albums has a pretty bare-bones interface. You can search through, play albums and favourite them. To play an album, you just need to tap it once, and it starts going. You don’t get control over which song plays, filters for playlists or anything else. Essentially, Albums is about playing an entire album from start to finish, and it makes that process as easy as possible. That said, you can highlight favourite albums, which pushes them up on the list and makes them easier to find.