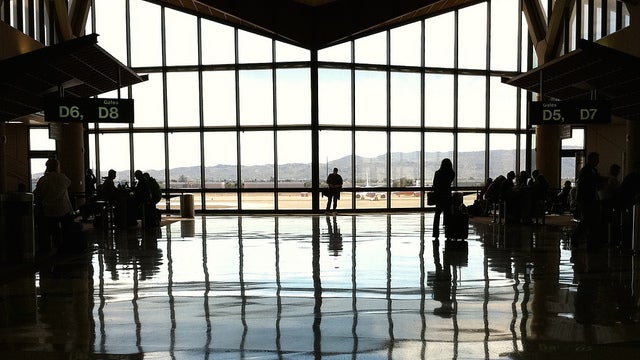 Ever lost a call the second you walked off a plane? Or noticed that your phone can't seem to find anything to connect to in the first place? Wired took a look at why that is.

Speaking with AT&T's Construction and Engineering Vice President Paula Doublin, Wired breaks it down like so:

The average mobile phone is programmed to search out the five closest antenna signals. When you're driving in your car this system lets you switch from antenna to antenna — usually without losing your connection. But in an airport, things can go haywire, especially as you're switching from the powerful outdoor "macro" antennas that you've connected to on the tarmac to the smaller indoor devices that AT&T has tucked all over the airport.

For travellers, that means that the moments after you walk inside an airport are where you're most likely to have a dropped call. Doublin hates it when that happens. "The in-building has to have dominance; it has to be stronger than that macro signal that's coming in through the windows" she says. "When that macro signal is stronger coming in through the windows, that's when you're going to drop a call, because your handset is sitting there in conflict."