Put Your Phone Down At The Restaurant For Faster Service 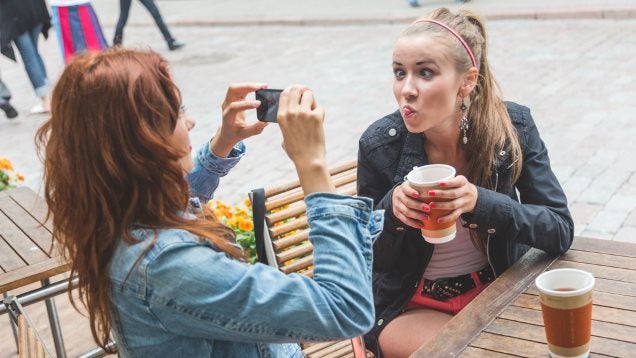 A New York restaurant discovered complaints about slow service were rising year over year, despite adding more staff. After comparing security footage from 2014 with similar footage from 2004, a surprising culprit was identified — the humble smartphone.

Reviewing the videos, the restaurant owners found that 10 years ago customers made a selection from the menu in around eight minutes and spent an average of an hour and five minutes over a meal. Fast forward a decade and these times jump to 21 minutes and an hour and 55 minutes respectively.

The difference appears to be that many of 2014's customers spent every available moment looking at their phones — checking for wireless login details, texting rather than browsing the menu, photographing food, texting and web browsing after eating, and so on. Over the course of the decade, the number of meals sent back to be reheated increased, the time between being seated and ordering food increased, and waiters were kept busy troubleshooting Wi-Fi connection problems instead of helping customers.

Of course, we're all glued to our phones, and there's nothing wrong with surfing the web while you wait for your meal to come, but next time you go out, consider leaving your phone in your pocket. You'll likely be served faster, you'll eat while your food is hot, enjoy your surroundings and company, and get out quicker too.