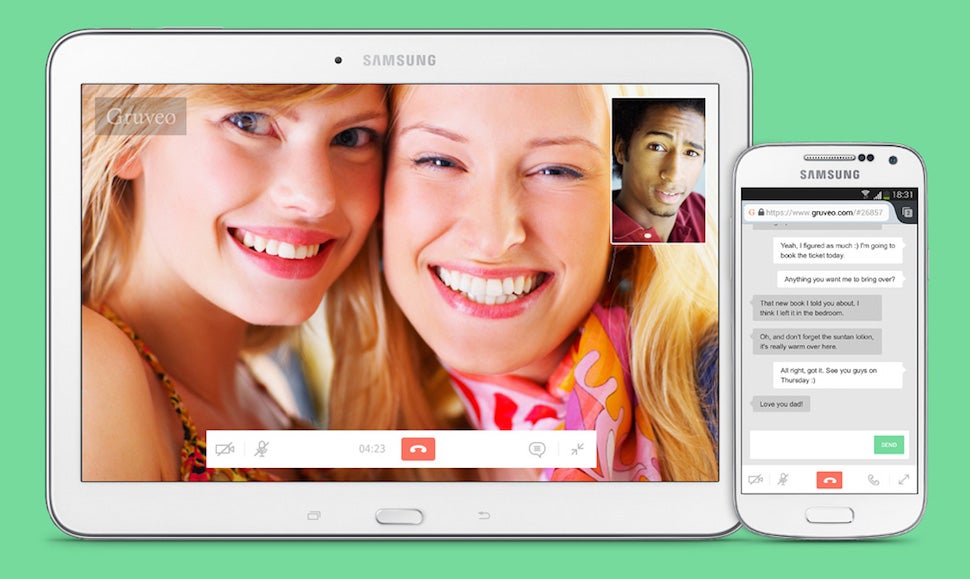 Android/Web: Previously mentioned video calling service Gruveo took the wraps off a major update today. It now includes Android support that lets you talk to others without having to install an app first..

Gruveo has come a long way since we last looked at it. The site's design and interface is more useful and less spartan, and there's now a better explanation on how the service works and how your calls are kept completely anonymous. On the desktop, you don't need to install anything to use Gruveo.

On your Android device, all you have to do is visit Gruveo's homepage, tap to start a voice or video call, and grant the site permission to your phone's camera and microphone for the duration of that session. Everything is handled via the web, so you don't have to install an app, grant access to any other permissions or download anything. You and the other party agree on a code to share, you both visit the site and type in that code, and you're instantly connected to one another. it's that simple.

Android support is brand new, and the app works like a charm both on the go and on the web. The Gruveo team note that an iOS app (since the same level of finite access via the web to hardware isn't available via iOS) is on the way soon and should be completed in coming weeks.