Estimate The Right Condom Size With A Toilet Paper Roll 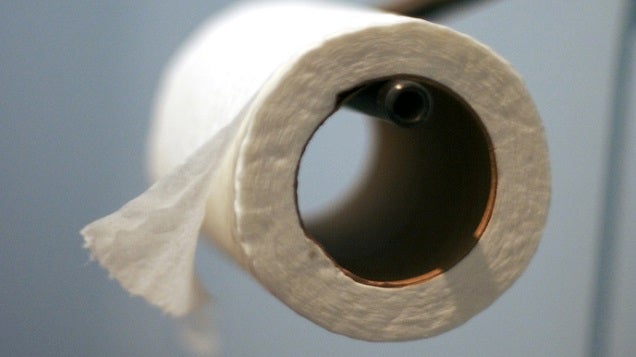 When it comes to having safe sex, most advice regarding condoms ends as "use them". However, improperly fitted condoms can be drastically less effective than the right one. They can slip off, break or get lost inside a partner. To help estimate what size you need, use a toilet paper roll.

Over at sexual health site Bedsider, CEO of condom company Lucky Bloke Melissa White explains how condom size doesn't always follow our expectations. For example, somewhat counter to expectations, 85% of men will probably need either a small or normal-sized condom:

Smaller condoms are the best option for 35% of men. If you have ever had sex and the condom slipped around or came off inside of you (and yes, that does happen) — or if your partner's chief complaint is that wearing condoms feels like a paper bag — that partner probably should switch to using a smaller-than-standard condom.

PRO-TIP: If your partner would benefit from a slightly-smaller-than-standard condom yet doesn't need a true "small condom", there are a few excellent Japanese condoms that are simply narrower than standard condoms. These include some of the thinnest condoms on the market — so there will be very little getting between you and your partner.

Standard condoms are the best option for 50% of men. If your partner is in this category, you'll have a wealth of condoms from around the world to choose from. That includes lots of premium options that are likely superior to anything you've tried before.

To help get in the right ballpark, Lucky Bloke suggests using an empty toilet paper roll. It might be a little awkward to place your penis inside a toilet paper roll, but let's be honest...you've done worse.

According to Lucky Bloke, if you've got some extra space, you should look into a smaller condom. If it fits snugly, a standard size condom should work. If it's too tight, a larger one should work. Obviously, toilet paper roll are not designed to measure penis sizes, so this should only be used as a guide, but it can help get you in the ballpark.

Check out the full post for information on different types of materials, lubrication, and yes, even flavours.

Condom love: Find out how amazing safer sex can be [Bedsider]