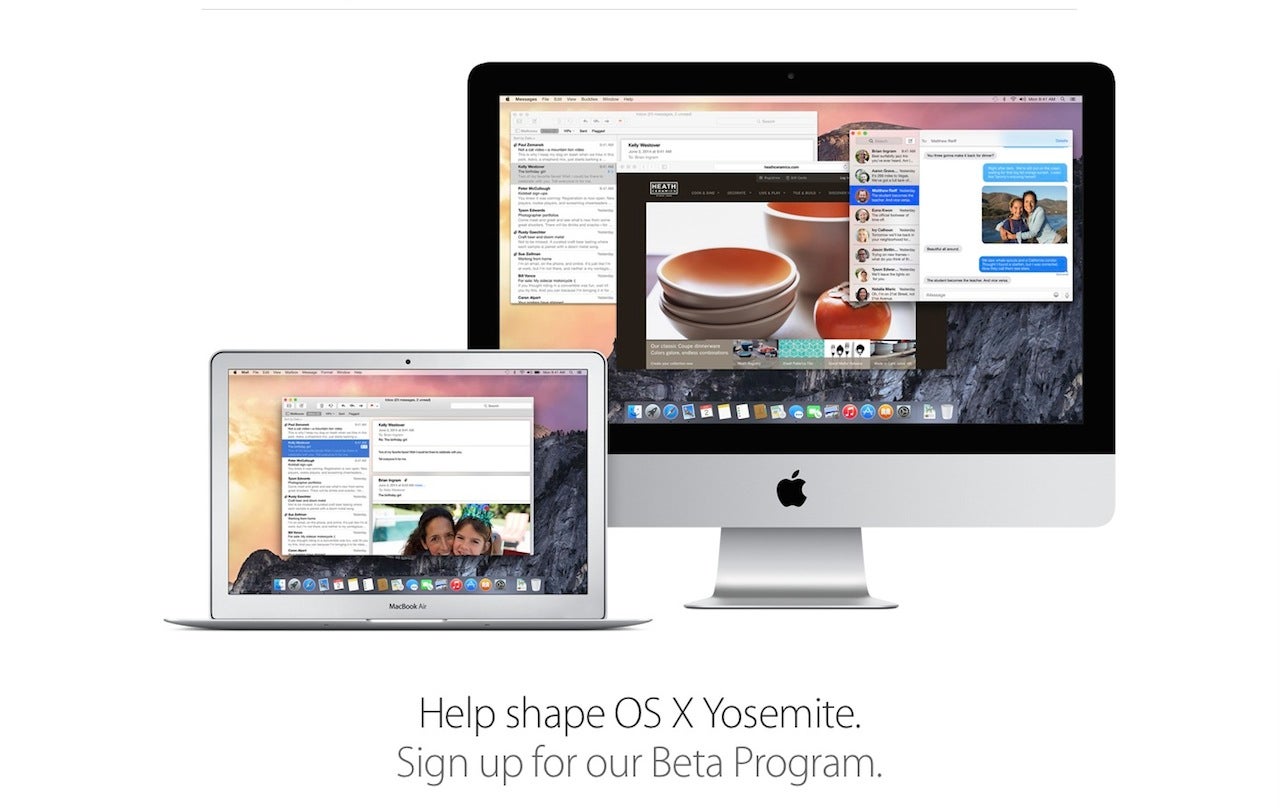 Mac OS X Yosemite, the upcoming version of Apple's operating system, won't launch until later this year, but if you're interested in trying out its new features now, you can sign up for Apple's public beta today and begin accessing the software from tomorrow.

We've broken down the reasons why you might (or might not) want to install the Yosemite or iOS 8 betas on your gear right now, and our verdict on Yosemite was to wait until the public beta. You've been able to sign up for that since WWDC, but the software will drop tomorrow, so this is your final chance to get on board.

If you do opt in, make sure you do it the right way — as in, don't install over your primary partition and don't install on your day-to-day workhorse. Even Apple is quick to say the operating system isn't finished yet and it still have plenty of quirks to work out.

You can sign up for the public beta at the link below. It's limited to the first million people who sign up, so if you're thinking about it, hop in now.