No, Flappy Bird Is Not The New ‘Hello World’ 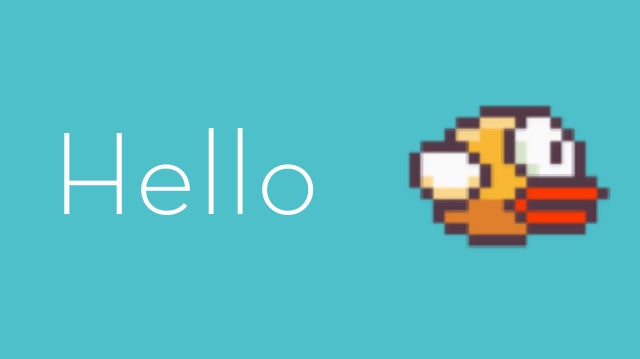 Less than 24 hours after Apple announced its Swift programming language, coder Nate Murray had put together a version of Flappy Bird using it. This is an impressive achievement. But it does not mean, as my Kotaku colleagues suggest, that Flappy Bird is the new “Hello World”.

The reason for this is clear: “Hello World” — a simple program which merely displays the words “Hello World” on screen — exists to provide a very simple demonstration of how a given language works. It has one function and no interface.

Flappy Bird may have been endlessly derided as simplistic, but it still requires hundreds of lines of code even in the FlappySwift version. It’s an interesting demonstration of what’s possible, but it’s not going to replace “Hello World” as the default first programming exercise in training courses across the world. If it did, the programmer shortage would be even more acute than it already is.