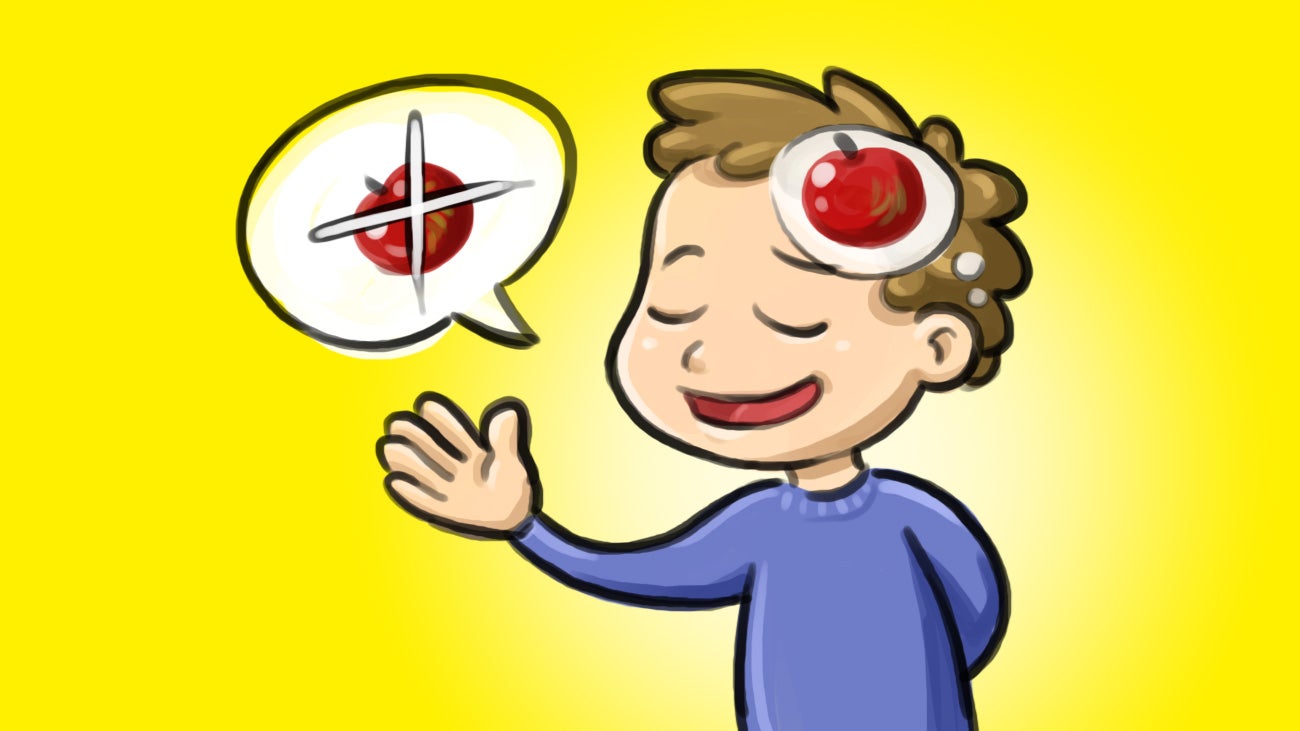 I have some bad news for you. You've probably made more than a few hypocritical decisions in your life. We all have. The good news is you can learn to avoid compromising what you believe.

When you hear the word "hypocrisy", you probably think of evil politicians or other big-name hypocrites, but it's something we all do every day. In the simplest sense, hypocrisy is holding a particular belief about how to act, but not actually behaving that way. For example, you may claim to love the environment, but you put zero effort into recycling. While this is usually a bad thing, there's a reason we do it. And, more importantly, there are ways to avoid it.

Why We Compromise Our Beliefs 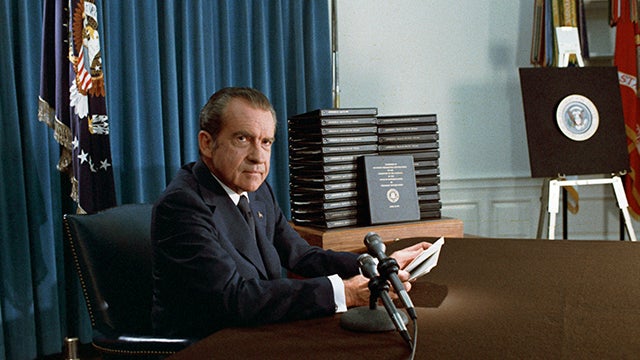 When we have a belief, but act in a way that is counter to that belief, we're experiencing "cognitive dissonance". We know that it's illegal to exceed the speed limit, for example, and probably dangerous — but many of us do it anyway. This creates the dissonance in our brains between what we believe and what we do. Internally, we have to do some mental gymnastics to bridge the gap between our thoughts and actions and justify the inconsistency. According to psychology blog Simply Psychology, the methods we use to accomplish this can be broken down into three categories:

When you have to do something you disagree with because it's required of you, this falls into the category of forced compliance. We've all had a boss who made us do something we didn't agree with or had to indulge some corporate policy we didn't like because we didn't have another choice. Or, at the very least, we don't have a better choice right now. When that happens, our brains need to convince us of something that may not be true.

One famous experiment by Festinger and Carlsmith in 1959 demonstrated this by asking participants to perform the dull task of placing pegs in holes. The researchers then paid the subjects either $1 or $20 to convince the next subject that the task was fun. The subjects who were paid $20 did not have significantly different opinions from the control group, but the $1 group rated the task as more fun than either of the other two. Because the pay wasn't sufficient to make the task worth it on its own merit, the $1 group had some dissonance in their own mind. The task wasn't fun, but they had to tell someone it was. So, they convinced themselves it was more enjoyable than it really was to justify this action.

Anyone who's ever worked in retail or food service can probably attest to this same principle. To a certain extent, this is a normal part of life. Raising moral outrage over every single mundane task you disagree with would make it hard to get anything done. However, this can become problematic when many small compromises eventually erode our beliefs entirely.

Another way our brains trick us into doing things we might otherwise not agree with is called post-decision dissonance. This occurs after we have to make a choice between two options that are equally appealing but for different reasons. If someone offers you the choice of a new car that costs $10,000 now, or a raise worth $10,000 that doesn't start until next year, you'll probably find a way to convince yourself that whichever option you choose is slightly better than the alternative you didn't choose.

In an experiment in 1956, researcher Jack Brehm conducted a study asking women which of eight appliances they prefered. Afterwards, they were offered a choice of two appliances they rated equally, then asked to rate the two again. After choosing an appliance, the subjects rated the one they picked more favourably, despite previously seeing them as equal. The implication is that once we've made a decision, we will put more effort not just into justifying it, but in convincing ourselves it is objectively better.

It doesn't take a degree in psychology to understand the concept of justifying something because we put effort (or money!) into it. The more we have invested in something, the more we want to believe that we made the right choice. The alternative is accepting a substantial loss. For example, a student who incurs a large amount of loan debt to get a degree might choose a job they dislike — or even don't approve of — because it uses their degree, as opposed to pursuing a potentially better job that's outside of their field.

This type of contradictory behaviour was demonstrated in an experiment conducted by Aronson and Mills in 1959. Two groups of subjects were required to go through a type of initiation to enter an exclusive group. One initiation was mild and didn't require much effort, while the other was severe and embarrassing. Once they're in the group though, the researchers presented an environment that was boring and dull. The subjects who had a harder time getting in rated the group more highly than the other, despite its flaws. The implication being that if something requires effort, we'll try harder to justify it.

This type of behaviour serves a useful purpose in spite of its tendency to skew our decision-making. While it's certainly dangerous to ascribe a higher value to something solely because we've put effort into it (just because something is expensive doesn't mean it's good, for example), it's also the same mental mechanism we use to stick with difficult things that have the potential to pay off in the long run. However, it also means we have to be careful to avoid doubling down on certain things solely because we're already invested.

How to Fight Cognitive Dissonance

The biggest problem with these types of cognitive dissonance — and the self-contradicting behaviour they can create — is that they happen in our own mind. By their very definition, they involve lying to ourselves about our own motivations. Even when called out directly, it can be difficult to identify when we're violating our own beliefs because we've already convinced ourselves that we're not doing it. Fortunately, we're not locked in to any particular belief or course of action permanently. Here are some things we can do to try to find the internal conflicts before they happen — or at least deal with them afterwards.

Second-Guess Your Decisions Now and Then

Questioning everything we ever do leaves us paralysed and unable to act. However, it's still important to maintain a healthy level of self-doubt. As Psych Central explains, self-awareness is key to preventing hypocritical decisions:

A part of that self awareness that may help in dealing with cognitive dissonance is to examine the commitments and decisions we make in our lives. If the resolution of cognitive dissonance means that we move forward with a commitment and spring into action, making us feel better, maybe the dissonance was trying to tell us something. Maybe the decision or commitment wasn't as right for us as we initially thought, even if it means overcoming our "no second-guessing" bias and making a different decision. Sometimes we're just plain wrong. Admitting it, apologizing if need be, and moving forward can save us a lot of time, mental energy and hurt feelings.

If you're not that great at raising objections to your own ideas, try getting input from others. Particularly people who think differently than you do. Our close friends and family who share our goals and motivations can help increase the effect of the echo chamber, but a coworker or acquaintance you frequently disagree with can be a great person to get critical feedback from. Provided you both know how to argue properly, of course.

Have a Sense of Humour About Your Choices

A good sense of humour has the ability to break through our preconceived notions. In fact, some of the best comedians in the world can even make us comfortable with the fact that we're holding contradictory ideas in our heads. This concept of knowing and accepting that our ideas conflict is described as a "high tolerance" for dissonance. And it's a good thing. As a study from Arizona State University explains:

Some individuals self-reported greater tolerances and/or tendencies for cognitive dissonance based on various personality characteristics (Hawkins, 1972; Shaffer, Hendrick, Regula, & Freccona, 1973). For example, research by Burke, Sparkes, and Allen-Collinson (2008) showed that people who demonstrated a low tolerance for cognitive dissonance were more likely to display greater efforts to reduce it than people with a high tolerance. High tolerance has been associated with a strong sense of humour or sense of self.

As much as we may strive for integrity and consistency — which are important! — it's simply impossible for every decision we make to be perfectly congruent. Comedy can help us develop a higher tolerance for that dissonance, which in turn means we're less likely to deceive ourselves. This is just one of many ways that having a sense of humour can help us make better decisions.

Separate Yourself from Your Emotions

Our emotions and instincts are great tools that help us cope with reality. They're also pretty unreliable when it comes to making unbiased decisions. As we've covered before, separating your decisions from your feelings and prejudices is a key step to making better choices. You may not feel very great about cutting down your entertainment budget so you can save more or pay down debts, but that emotion isn't a financial factor. So leave that out.

You see, you are always feeling your thinking. You are not necessarily always feeling "the truth," or even your own personal truth. Every emotion, feeling, or mood you experience follows directly from the thinking you are experiencing. That thinking is not always accurate or important. It does not always indicate what's best for you.

That being said, your emotions still exist. How happy you are in a job or in a relationship should be considered as a separate factor where appropriate. However, treat them for what they are: subjective feelings, not objective criteria.

More than anything, it's important to accept that some level of inconsistency is going to occur. If you protest every company that's ever done something you disagree with, you'll run out of places to buy things from. If you wait to find a job with no downsides, you'll be unemployed for a long time.