How to Delete People on LinkedIn Without Them Knowing

How to Figure Out the Best Career For You

The Key To Remembering Your Car Spot Already Exists In Your... 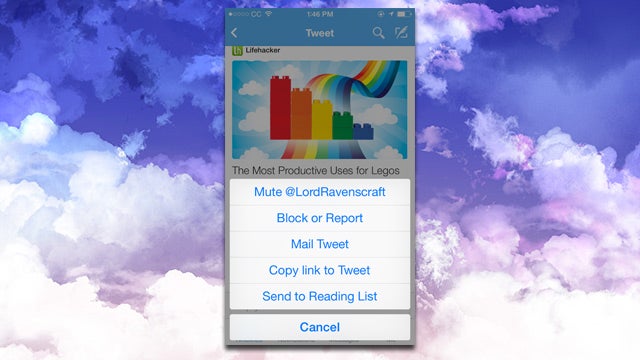 Today, Twitter announced a much-needed improvement: the ability to mute a user without unfollowing them. The feature will be rolling out over the next few weeks.

Muting a user will be available on an individual’s profile, and you can mute and unmute as often as you like. This is particularly useful if someone you follow has the nasty habit of tweetstorming or if you just want to turn off some news sites until you can catch up on Game of Thrones.

Twitter has been quietly testing this feature, but it will roll out to everyone in the coming weeks. (Muting has long been an option for some Twitter clients, but it’s nice to have a native option.)