The Surprising Health Benefits Of Common Herbs And Spices 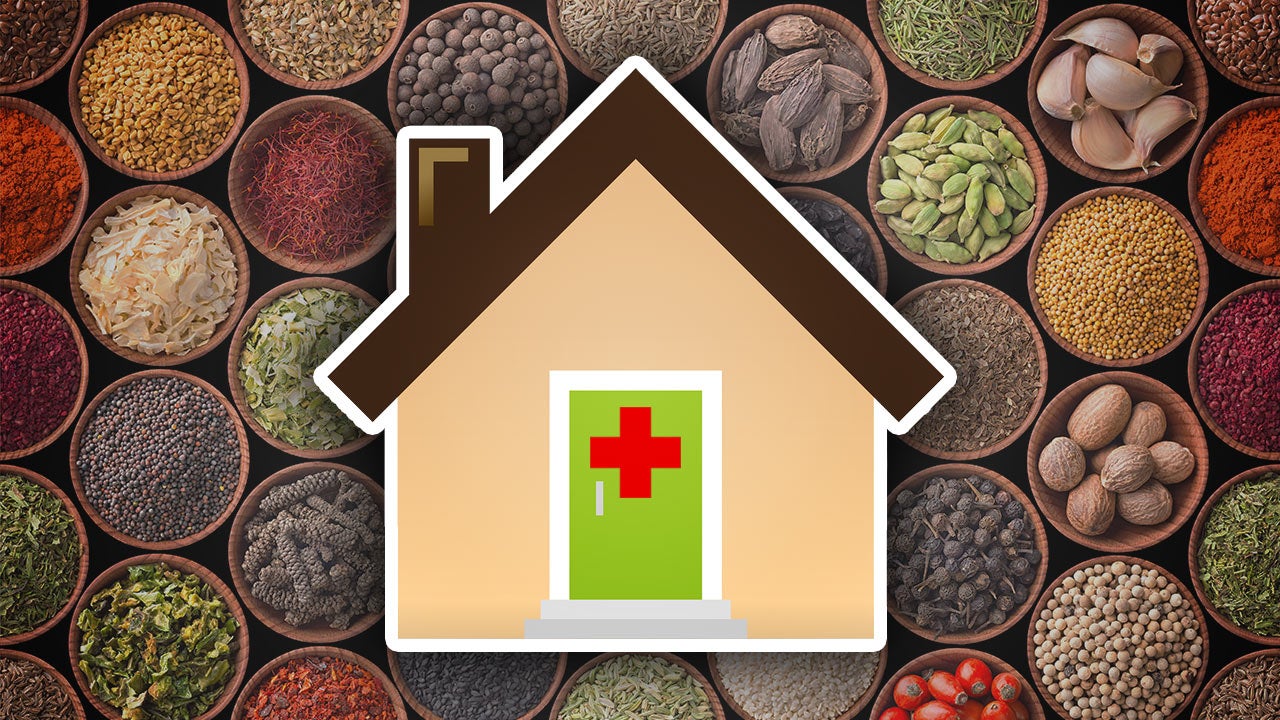 Herbs and spices can transform dull, bland food into a delicious dish, but many also come with some unexpected health benefits. A little extra spice can remove the need for excess salt, and limiting your sodium intake is essential to preventing high blood pressure. Let's take a look at some of the more interesting ones.

WebMD lists many health benefits, including possible protection against some of the deadliest chronic conditions, such as cancer, diabetes and heart disease. They can also be used in place of other flavour boosting substances.

Rosemary has been used in medicinal and culinary applications for thousands of years. It contains antioxidants and compounds with anti-inflammatory properties. In addition, it provides iron for respiratory health, calcium for bone strength and fibre for digestive health. A 2013 study at the Saint Louis University of Medicine found that rosemary extract improved the memory of mice and could possibly be used to help with age-related cognitive decline too.

You can use Rosemary on chicken or fish, in soups and sauces, or even infuse olive oil with it.

Anise is a sweet and aromatic seed that is usually compared to licorice in flavour. You can use it to calm an upset stomach, suppress coughs and runny noses, increase appetite, and even as a diuretic. WebMD suggests that women can use it to increase their milk flow when nursing and treat menstrual discomfort or pain. This is due to estrogen-like compounds found in the spice. In a 2008 study, researchers from the US Department of Agriculture found that Anise had high levels of phenylpropanoids. These compounds exhibited anti-inflammatory activity and showed some effectiveness against parasites that cause malaria in humans.

Anise is a good source of fibre and calcium too. You'll find it's commonly used in alcohols and liqueurs, but it's also in some dairy products, gelatins, meats, candies and breath fresheners. You can use it as an ingredient in sausage, lollies and baked goods. Fennel looks and tastes similar to anise, but they are not the same thing. WebMD shows many digestive health benefits from fennel intake, and it has a few — other benefits as well.

Also known as holy basil, this herb is used in many different cultures' cuisine. It has strong antioxidant properties, anti-inflammatory properties, and can help with cardiovascular health. Other benefits include helping with respiratory infections, asthma, diabetes, and decreasing pain and swelling. A 2007 study in the Journal of the Science of Food and Agriculture found that the essential oils in basil have been shown to lower blood glucose, triglyceride and cholesterol levels. Five grams of basil even carries 11 per cent of your daily recommended calcium intake. You can even use it to erase blemishes and help relieve stress.

Basil is delicious, and you can get a lot of it in dishes like pesto. Basil also makes for a delicious caprese salad and a wide range of sauces. You can try de-stressing with a cup of basil tea.

There's many types of mint, including spearmint, peppermint, wild mint and others. WebMD lists several uses for spearmint, including treating gas, indigestion, nausea, diarrhoea, irritable bowel syndrome, bile duct and gall bladder swelling, and gallstones. Spearmint was in the same study as rosemary, which found that spearmint oil helped with the memory mice as well. Spearmint has also been found to reduce and control excessive hair growth in women, according to a Turkish study in 2007.

Peppermint is useful toward treating colds, throat inflammation, sinus infections and respiratory infections. According to Harvard Medical School and the University of Maryland Medical Center, peppermint has fared well in clinical trials and can be used for digestive issues, like irritable bowel syndrome, as the oil reduces spasms in the digestive tract.

Different types of mint are used as common flavouring agents for food, drink and sweets. Mint is also another great herb you can use in a variety of teas.

This herb is a favourite for Italian style cooking. A USDA study found that oregano has the highest antioxidant activity out of 27 different herbs, gram for gram. It's also been found to have antibacterial and antifungal properties, which make it effective against food-borne illnesses and infections. A 2001 Georgetown study claims that the oil in Oregano may even help protect against some drug-resistant bacteria.

Oregano is very versatile and can be used in soup, stew, pizza, pasta, and it goes great with anything tomato-based.

You can use thyme in pasta sauce, in omelettes, on fish, in soup and mixed with beans. Thyme tea is also good if you're looking to treat some of the above ailments.

Ginger is a root that was traditionally used to relieve colds and settle stomachs. It also contains gingerols, which may help fight some cancers and reduce arthritis pain. Its also been used to help with muscle soreness, menstrual pain, upper respiratory tract infections and bronchitis. Ginger truly shines when being used for treating numerous types of nausea. According to the University of Maryland, some studies suggest it can help with motion sickness, morning sickness, gas and diarrhoea. Another study, in the 2012 issue of Arthritis, suggested that ginger can be a more effective pain remedy than ibuprofen.

You can use ginger in many different foods. Try grating fresh ginger over veggies or noodles, using it in stir fry, putting it on meat, or even putting a little in your tea.

A distant relative of ginger, turmeric is one of the main components of curry powder. Curcumin, according to WebMD, is a substance found in turmeric that may help reduce inflammation and ease symptoms of osteoarthritis and rheumatoid arthritis. In some lab tests curcumin even blocked the growth of certain kinds of tumours. One study, at the Department of Pharmacology of Government Medical College in India, showed signs that curcumin can be used to safely and effectively treat serious states of depression. Turmeric also has 29 oer cent of your daily iron intake in one tablespoon.

Turmeric is one of the main ingredients in Indian cuisine, but it can be used on lots of different foods. Use it while sautéing veggies or cooking fish, and put it on rice or in chicken soup.

Sage is another herb that is commonly used for gastrointestinal health, but it has also been used to treat depression, memory loss and Alzheimer's disease. Women can use it to treat menstrual pain and reduce hot flashes during menopause as well. You can try applying sage to heal cold sores or to gums to treat gingivitis. A 2003 study found that spanish sage enhanced memory in a number of volunteers.

You can add sage to eggs, sauces, and use it when baking chicken or fish.

If you're only cooking with the dynamic duo of salt and pepper, it might be time you start adding some of these herbs and spices to your meals. Look for a range of recipes that use a wide variety of natural ingredients to expand your repertoire. For maximum freshness, you should try growing your own herbs — and storing them properly.

There's a lot of evidence out there supporting the health benefits of many herbs and spices, but nothing is entirely conclusive either. Some swear by certain remedies, while others think nothing of the studies being conducted. The bottom line is that herbs won't magically make you a healthy person — but it's just one more reason they're worth trying out (you know, besides the fact that they taste awesome).

Obviously, there are a lot more herbs and spices out there, but we can't cover them all! If you know of another herb or spice with great health benefits that wasn't mentioned, share it below.