The Best Way To Ask Strangers For A Favour, According To Reddit Data 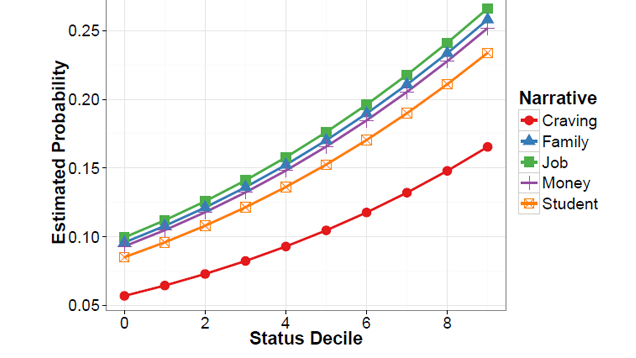 What's the best way to motivate someone — even a stranger — to help you out? A Stanford study of the requests and responses on Reddit's Random Acts of Pizza reveals a few key strategies.

If you're not familiar, in the Random Acts of Pizza subreddit, people post requests for free pizza, saying things like "Spare some pizza for the lonesome security guard?" and "No food or money until Thursday, can pay back on Thursday (NY)." If the requests are compelling enough, other Reddit members buy the pizza. It's intended to help "restore faith in humanity, one slice at a time."

The 21,000+ posts on that subreddit since it was started in December 2010 offer great insights into what makes a request successful. The Stanford researchers found that, about 70 per cent of the time, the best requests were made by people who:

"Craving" narratives, such as asking for pizza because you want to celebrate something or hang out with friends, were more likely to be turned down, perhaps for obvious reasons (get your own pizza, dude!). And asking for pizza because you're a poor student also didn't make much difference. More surprisingly, it didn't matter if a request was phrased very politely or not.

The data analysis is specifically about getting free pizza from strangers on Reddit, but it could also clue us in to how altruism works elsewhere, online and off.

How to Ask for a Favor: A Case Study on the Success of Altruistic Requests [Cornell University Library via MIT Technology Review]

Sarah Basford 23 May 2020 12:01 AM
Foxtel is set to be an interesting player in Australia's crowded streaming market after it announced Binge, its new streaming service, will be made available next week. Here's everything you need to know before its official release.